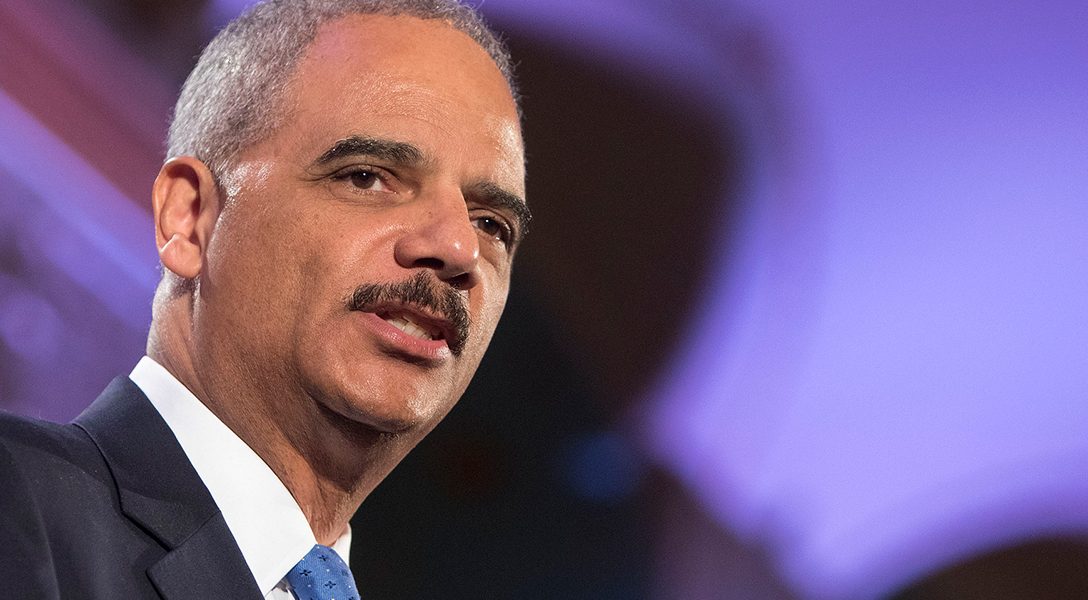 Potential POTUS? Former Attorney General Eric Holder is not ruling out running for president. He is currently focused on a redistricting reform effort with former President Obama. Holder would have to overcome baggage from his time as US Attorney General including his infamous comments about some US corporate officers being "too big to jail." Photo credit: AFGE / Flickr (CC BY 2.0)
Editors' Picks

The author writes, “Privacy advocates and labor groups raised concern Thursday over retail giant Amazon’s newly-secured patents for a wristband that could be worn by warehouse employees, keeping track of where workers hands go while they’re packing delivery boxes.”

Florida, whose voting process is notoriously flawed, somehow managed to miss Russian hacking efforts. Or did they?

Read why a high school basketball game was called off in Ohio. The event could be read as a barometer for the current cultural environment, caused in part by President Trump’s inflammatory rhetoric.

The author writes, “After years of litigation, the Federal Reserve Bank of Kansas City has given conditional approval to a Colorado credit union to service cannabis-related businesses. But in order to secure approval, the Fourth Corner Credit Union agreed that it would not serve any business that directly handles funds from cannabis sales or any state-licensed dispensaries.”