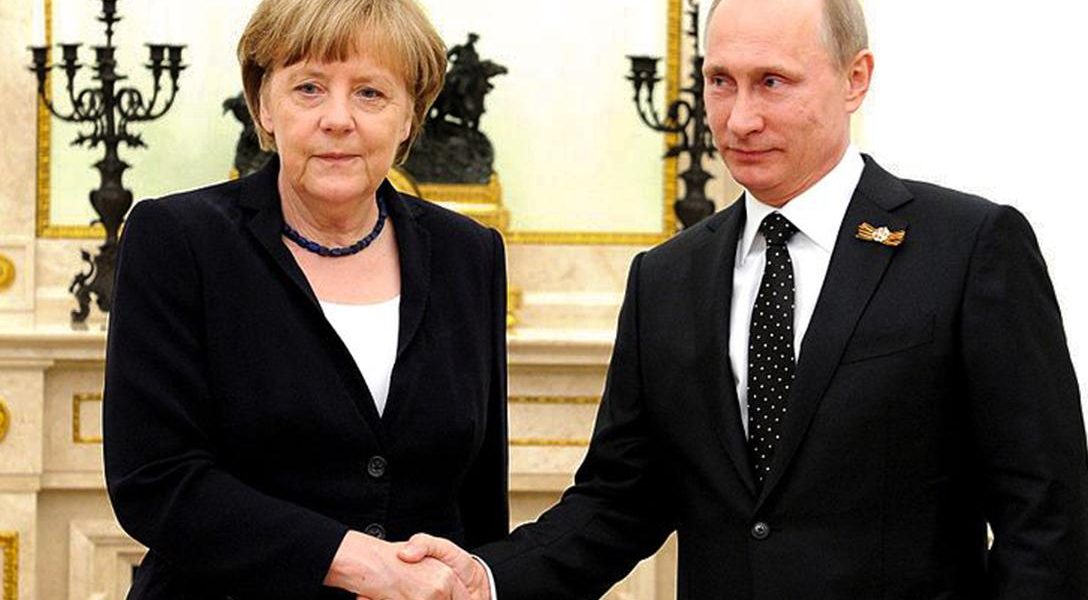 In the News: A meeting of the European Council will conclude today in Brussels. The agenda includes a discussion of EU policy towards Russia. This event was preceded by a Ukrainian-Russian peace summit in Berlin hosted by German chancellor Angela Merkel. Merkel met with Russian president Vladimir Putin, French President François Hollande, and Ukrainian President Petro Poroshenko. Photo credit: Press Service of the President of Russia / Wikimedia
Editors' Picks

Regarding the way he pointed at Hillary Clinton during the Presidential Debate: “It diminishes [the person you’re talking to], and makes people very defensive. It’s kind of a condescending type of thing.”

El Salvador, Costa Rica and other nations under assault from foreign and multinational corporations fight back — but would be harder under trade agreement Obama is pushing.

The controversial director has secretly made a film about Donald Trump. It premiers Tuesday. “See the film Ohio Republicans tried to shut down,” a synopsis on the IFC Center website said.

Despite first getting permission from the league, and winning games, their coach was fired. When the team stayed home from practice in protest of the firing, their entire season was cancelled.

Because people actually did something right, and it’s finally paying off. In 1987, most of the world signed on to the Montreal Protocol, which banned the use of CFCs — chemicals such as those emitted by aerosols and old refrigerators — which deplete the protective ozone layer.

Russia and the U.S. are playing geo-political chess in Syria. But is it turning into a dangerous game of chicken? Perceived wrongs on both sides are preventing peace.

For Anyone Tired of Panhandling on the Subway (Russ)