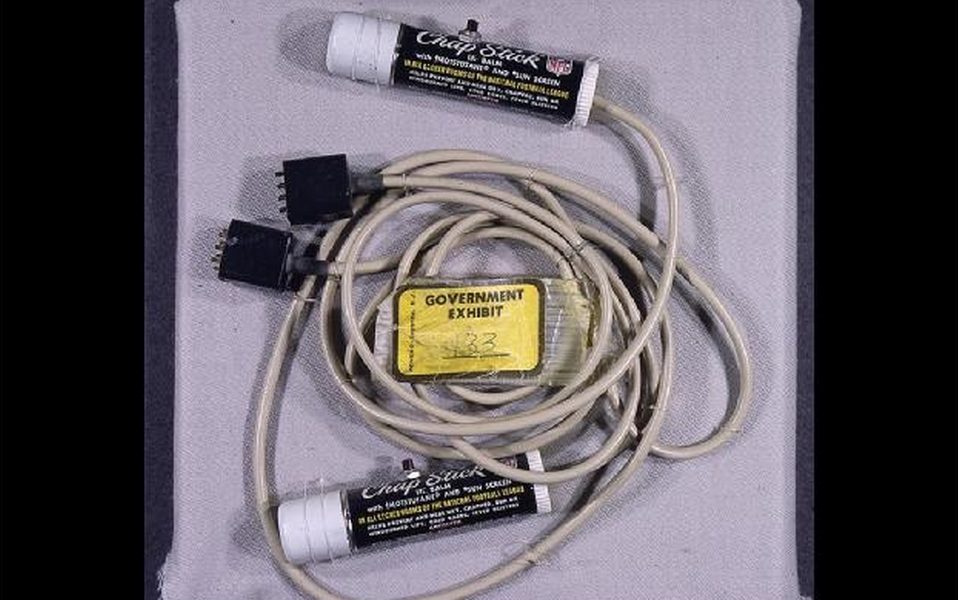 After midnight on June 17, 1972, five men were discovered inside the DNC offices at the Watergate office complex and arrested. Virgilio González, Bernard Barker, James McCord, Eugenio Martínez, and Frank Sturgis were charged with attempted burglary and attempted interception of telephone and other communications. On September 15 of that year, a grand jury indicted them, as well as E. Howard Hunt and G. Gordon Liddy for conspiracy, burglary, and violation of federal wiretapping laws. The arrests lead to the Watergate scandal and the eventual resignation of President Richard Nixon.  About this photo: Chapstick tubes with fitted microphones discovered in Hunt's White House office safe, as Government Exhibit 133.  Photo credit: NARA / Wikimedia
Editors' Picks

The victim was Jo Cox, 41, a Labour Party member firmly in the “Remain” camp on the upcoming debate on whether Britain should leave the European Union. Some analysts speculate the killing could boost the pro-EU “Remain” campaign, which in recent days has fallen behind the “Leave” camp in opinion polls.

NATO Plans for Afghan War through 2020

Allies plan to commit $5 billion to extend occupation through 2020 comes on heels of Obama admin’s announced intent to expand US role.

Here is an amazing discovery about memory — and you would do well to remember it: To retain information after you study it, exercise – but not immediately. The magic number is… four hours later.  Researchers could actually see — with magnetic resonance imaging (MRI) — more precise representations in the hippocampus (that part of the brain involved in learning), when one answered a question correctly.

In a statement for which he both doubled-down and then walked back, U.S. Sen. John McCain (R-Ariz.) insisted the president is responsible for the horrific attacks in Orlando last weekend. Visibly angry, the former 2008 presidential candidate said it is “because when he pulled everybody out of Iraq, al-Qaida went to Syria, became ISIS, and ISIS is what it is today thanks to Barack Obama’s failure.” Sure thing, John.

While the entire financial sector continues to get squeezed in this era of low interest rates and elusive yield, cost is being driven out of the business. That means job loss, and the biggest American banking giant is not waiting around to dump “low-level” staff.

House Privacy Bill Defeated in the Wake of Orlando (Dan)

The bill would have prevented the government from forcing companies to create a ‘backdoor’ to encryption. The defeat comes despite no evidence that shooter Omar Mateen used an encrypted device.

As we reminded you last week, it’s risky no matter who is president, but according to The Onion, we should be very afraid.