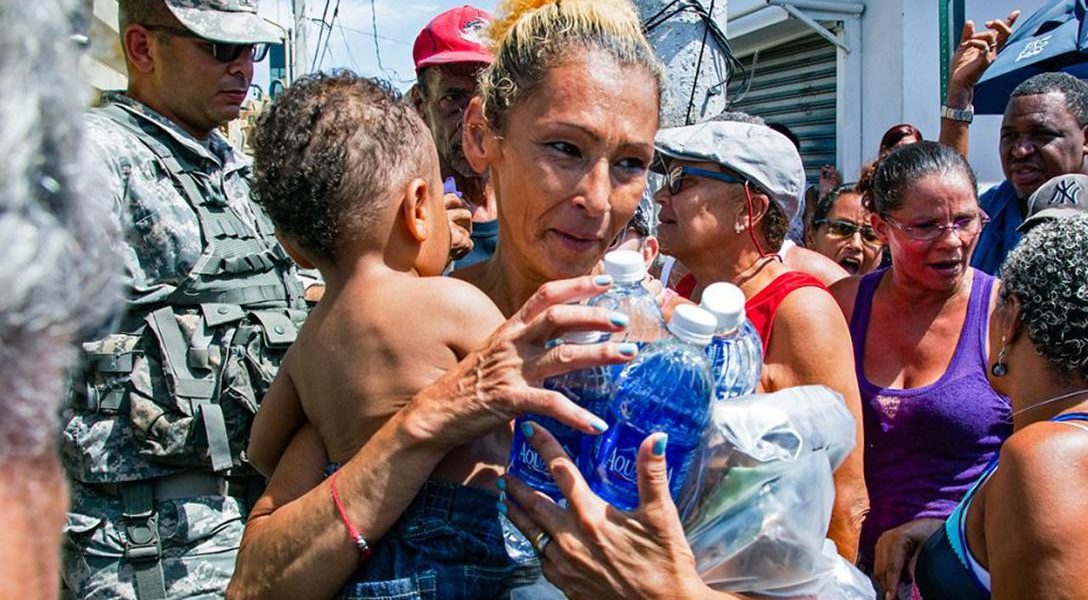 Puerto Rican Apocalypse: Hurricane Maria caused devastation across the US Territory of Puerto Rico. Already crushed by massive debt, the damage and lack of basic services caused by this event puts the population at risk and further undermines the economy. Photo credit: Yuisa Rios / FEMA / Twitter

Trump Is Trying to Run the Government Like His Businesses (Jimmy)

The author writes, “Or put another way, Trump’s West Wing is now advocating the very policy he railed against in the election campaign when he was still championing the everyday man. By promoting tax reform for mega-corporations and the moguls who run them, he’s neglecting the ‘forgotten’ white working class that sent him to the Oval Office to ‘drain the swamp.’”

Is German Election the Reaction to Reactionary Politics? (Russ)

Angela Merkel was recently elected to a fourth term as Chancellor. This puts her on the same plane as long-ruling post-WWII leaders Helmut Kohl and Konrad Adenauer. This also means Germany is sticking to a middle-of-the-road leadership. How did Germany avoid the populism that swept the US and UK? This article examines.

Does Trump need to be literate? Apparently not. For him, and his base, listening to television – particularly Fox and Friends – is enough.

Despite recently allowing women to drive, putting Saudi Arabia and ‘human rights’ together is an oxymoron. The Middle East Kingdom’s campaign in Yemen, seen as haphazardly dropping bombs hoping to hit the opposition Houthi rebels, has drawn international criticism — most recently by a group of countries in the UN. This isn’t the first time.