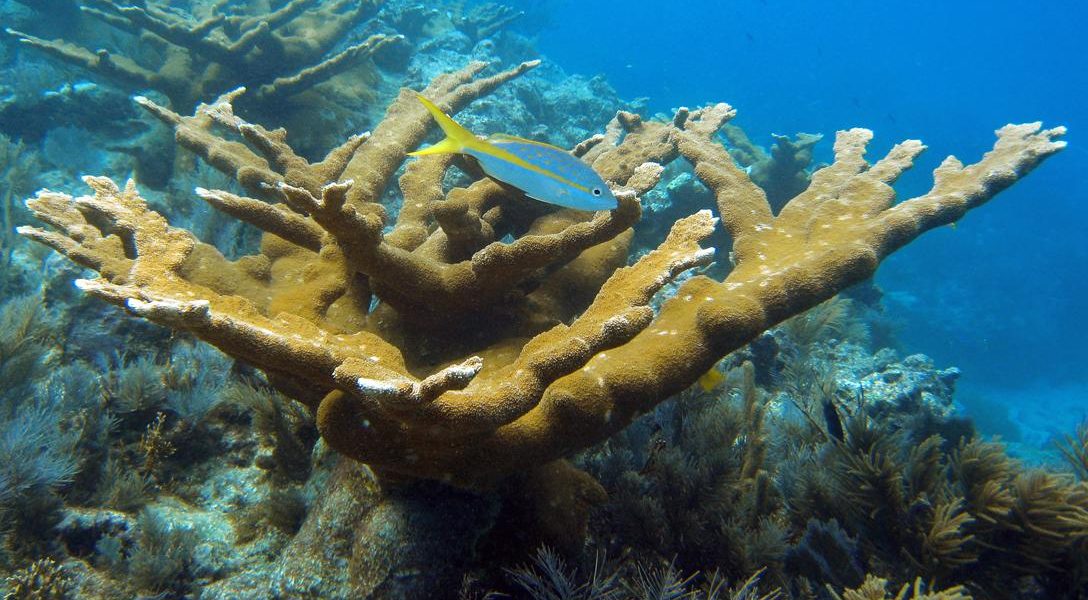 Photo of the day: Elkhorn coral is found on coral reefs in southern Florida, the Bahamas, and throughout the Caribbean. Since 1980, populations have collapsed throughout their range. In December 2012, NMFS proposed reclassifying the elkhorn and staghorn corals as endangered, but determined in August 2014 that they would remain listed as threatened. Photo credit: SEFSC / NOAA
Editors' Picks

When Did Wars Begin? (Gerry)

New fossil finds push the origin of warfare back as early as 10,000 years ago. Even hunter-gatherers, apparently, slaughtered their enemies without mercy.

There was a time (ca. 1974) when scientists warned that human activity was threatening life on Earth. Instead  of sticking their heads in the sand, people got together to end the threat. Read about it here.

Sarah Palin, one of the standard bearers of the party that advocates personal responsibility, blamed President Barack Obama for her son’s domestic violence arrest. Her argument is that the commander-in-chief does not sufficiently respect veterans who return home from Iraq and Afghanistan with PTSD. A veteran’s group (and probably anybody with common sense) rejected that argument but urged Palin to talk to Trump, whom she endorsed, about what he would do for veterans.

Lots of people watched Hillary Clinton in last Sunday’s debate, but more watched an imaginary Secretary of State on CBS’s Madam Secretary, which ran at the same time (!)

Tribal leaders encourage Michiganders to “come together” and pitch in.