Distractions, Denial and a ‘Meh’: Russia Reacts to Pandora Papers

“Nothing bad happens if one monster eats another one.”

An observer with a Kremlin-funded news outlet used this quote from Russian novelist Fyodor Dostoyevsky to accuse billionaire philanthropist George Soros of funding the Pandora Papers, a gargantuan journalistic investigation into the hidden offshore wealth of dozens of international helmsmen and hundreds of politicians, including many Russians.

“This is normal in a society of denominated human values,” Mikhail Sheinkman of Sputnik, a mammoth news agency that broadcasts and prints news in two dozen languages, wrote on Monday — while calling Soros “sor,” or “garbage” in Russian.

But Sheinkman didn’t mention the Russian part of the findings of the Pandora Papers, which is the latest project of the International Consortium of Investigative Journalists, a nonprofit working with dozens of major news organizations around the world. It detailed the alleged offshore deals of Russian President Vladimir Putin’s alleged mistress, university friends, and former colleagues from the old KGB.

The alleged mistress is Svetlana Korotkikh, a former cleaner from St. Petersburg, Russia’s imperial capital and Putin’s hometown, who allegedly bought a $4 million apartment in Monaco in 2003, shortly after giving birth to his third daughter.

Vazhnye Istorii, one of the publications that investigated the Russian share of the Pandora files, also described the hidden assets and companies owned by pro-Putin lawmakers and politicians, some of whom happened to vote for the 2013 law that’s supposed to ban them from owning those same assets.

“There is just a set of unfounded statements, a whole lot of them,” he said. “That’s why it can’t and must not trigger checks of any kind.” 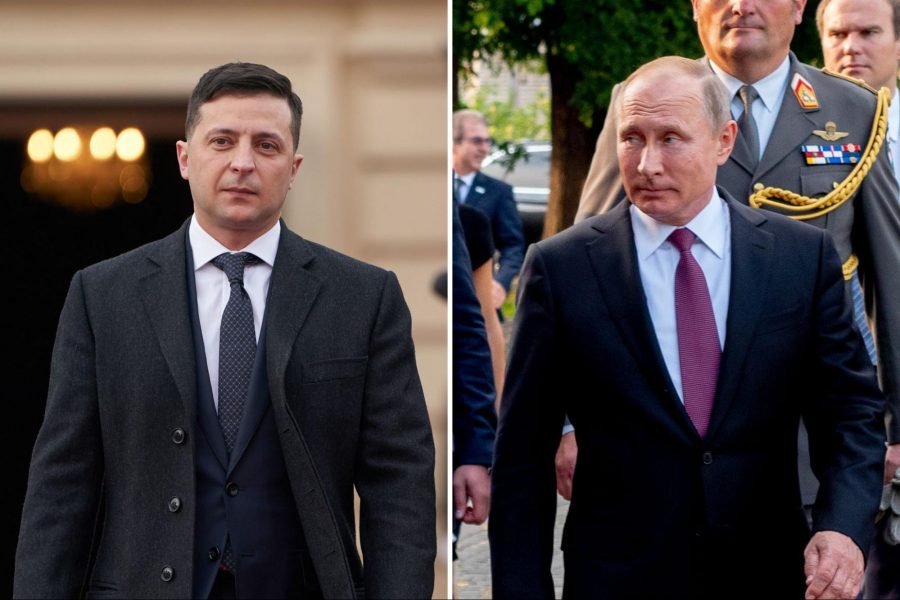 Most Kremlin-controlled media snubbed the Russian portion of the Pandora Papers, but wrote extensively about its report that Ukrainian President Volodymir Zelensky, a former comedian, and his show business partners allegedly hid millions of dollars in offshore companies and bought apartments next to London’s Baker Street, the fictional residence of Sherlock Holmes.

Prime-time coverage on national television channels was dedicated to the crisis in Afghanistan, the anniversary of the German Nazi army’s defeat in the 1941 “Battle for Moscow,” and Putin’s decision to sack two governors.

Channel One, a fiercely pro-Putin national broadcaster whose head, Konstantin Ernst, was mentioned in the Pandora Papers investigation, ran stories on the world’s first feature film to be shot in outer space and Putin’s talks with Tajik President Emomali Rahmon.

Ernst was the only Russian mentioned in the Pandora Papers who commented. He denied allegations he owned an offshore company in the British Virgin Islands that earned hundreds of millions of dollars converting Soviet-era movie theaters into shopping malls.

“I have not committed anything illegal. That’s the way my parents raised me,” Ernst said in a statement.

Over the past two decades, he turned Channel One into one of the loudest pro-Kremlin bullhorns. In 2014, it claimed the Ukrainian military “crucified” a four-year-old boy in the separatist town of Slovyansk. This reporter was there at the time — and never found any evidence of the “crucifixion.”

Average Russians, used to hearing of far worse official corruption, were not exactly shocked by the Pandora revelations.

“So what?” Alexander Belenky, an IT expert based in St. Petersburg, told me. “If you want to describe Russia in two words, they are ‘They steal.’”

“Russians are absolutely confident that thieves are in power,” said Gennady Gudkov, a former lawmaker who was kicked out of the State Duma, Russia’s lower house of parliament, for supporting the now-jailed anti-corruption crusader Aleksei Navalny. “They’re simply used to it.”

Over the past decade, Navalny and a string of independent media outlets claimed to have uncovered things about Kremlin leaders that make the Pandora Papers pale by comparison. They would make any villain from a James Bond movie die of envy.

In January, Navalny released a report about one of Putin’s alleged palaces, or, to be more exact, a gigantic palatial structure that occupies almost 20,000 acres, 39 times the size of Monaco, on a forested hill in “the Russian Riviera,” a slither of subtropical paradise on the Black Sea.

The palace has a 16-story underground bunker, a tunnel that cuts through rock to a private dock, a checkpoint with armed guards, and a helipad. There’s a casino with green tables and a striptease pole, an amusement arcade, and an ancient Orthodox chapel brought brick by brick from Greece.

Navalny claimed that it was just one of two dozen palaces built for Putin by Russia’s oligarchs.

“After Putin’s palace there has to be only something more breathtaking,” Gudkov said following the Pandora Papers reports.

Navalny’s team and other past reports also have described the multibillion-dollar assets of top officials, their supersized yachts, French chalets, and private jets used to fly their wives’ pedigree dogs to exhibitions in Europe.

Top officials and propagandists habitually use the jets and yachts that belong to or are rented for them by oligarchs, buy opulent real estate from developers at a fraction of market prices, and get free health care services at Kremlin clinics that have exorbitantly expensive medical equipment.

An expert pointed out that the lifestyle of Russia’s elites has become radically different from the “traditional” models of corrupt enrichment.

“This is modern Russia’s paradox — it no longer has the classic grand corruption such as illegal enrichment, theft of budget funds, trading influence in exchange for some contracts, and privileges,” Pavel Luzin, a Russia-based analyst for the Jamestown Foundation, a think tank in Washington, DC, told me.

“While you are in the upper echelons of power, your lifestyle and consumption are comparable to those of [Western] multimillionaires, but you will retire with much more modest savings that are all legal. All of those family trusts and hotels in Balkan nations are just these little retirement funds,” he said.

3 responses to “Distractions, Denial and a ‘Meh’: Russia Reacts to Pandora Papers”