It becomes banal and repetitive to note we are in a state of crisis. Postindustrial civilization lurches inexorably from one crisis to the next, without resolving the previous crises. When were we ever not in a crisis? When I look back at my life, I recall an endless series of geopolitical emergencies — wars, diseases, environmental disasters, pollution, recession, cancer clusters, civil unrest, homelessness, gang wars, stagnation, terrorism, and so on.

Perhaps it is most accurate to define the basic characteristic of our society as one ever-intensifying, multidimensional crisis.

It does feel as if this multidimensional crisis is worsening rapidly, however. We may soon move toward a new crescendo of emergency, and a little beyond that, a deeper plunge into the unknown.

Why is this happening to us?

I don’t think we can ever resolve the crisis (if we can even do so at this point; I still tend to believe, despite all evidence to the contrary, that we can, but only by embracing an unstinting, courageous dedication to radical honesty, to truth, wherever it leads us) until we correctly answer that basic, niggling question of “why?”

I find it infuriating to read newspapers like The New York Times because, while the Times catalogs many of the ongoing disasters in fantastic detail, it provides no greater context. There is little effort to pull back far enough so readers can get a hold on the overall pattern, except in some scattered editorials. (I realize that is not what journalistic enterprises are “supposed” to do, but I question that, as even the most avowedly “objective” news purveyors is shaped and saturated by an invisible, unstated ideology that permeates every page).

I believe that the primary reason we are in this increasingly accelerating planetary catastrophe is that we don’t know how to think, and then act, from a systemic and comprehensive point of view.

Our leaders do not reflect a whole-systems perspective. We, the people, are not educated into a systems-level vision that encompasses the relatively distant future, the evolutionary trajectory of the Earth, and other aspects of deep time or depth-of-field.

Our education system is an obsolete weapon of indoctrination, designed to produce shallow conformity, to “manufacture consent.”

Economists — someone like Paul Krugman, who I enjoy reading — will talk intelligently about inflation, GDP, quantitative easing, labor policies, and so on. But they rarely, if ever, step back to interrogate the basic question of whether we can or should keep seeking more growth, more material progress, and more development, considering the fact that we live on a fragile planet with finite resources that are being rapidly depleted. 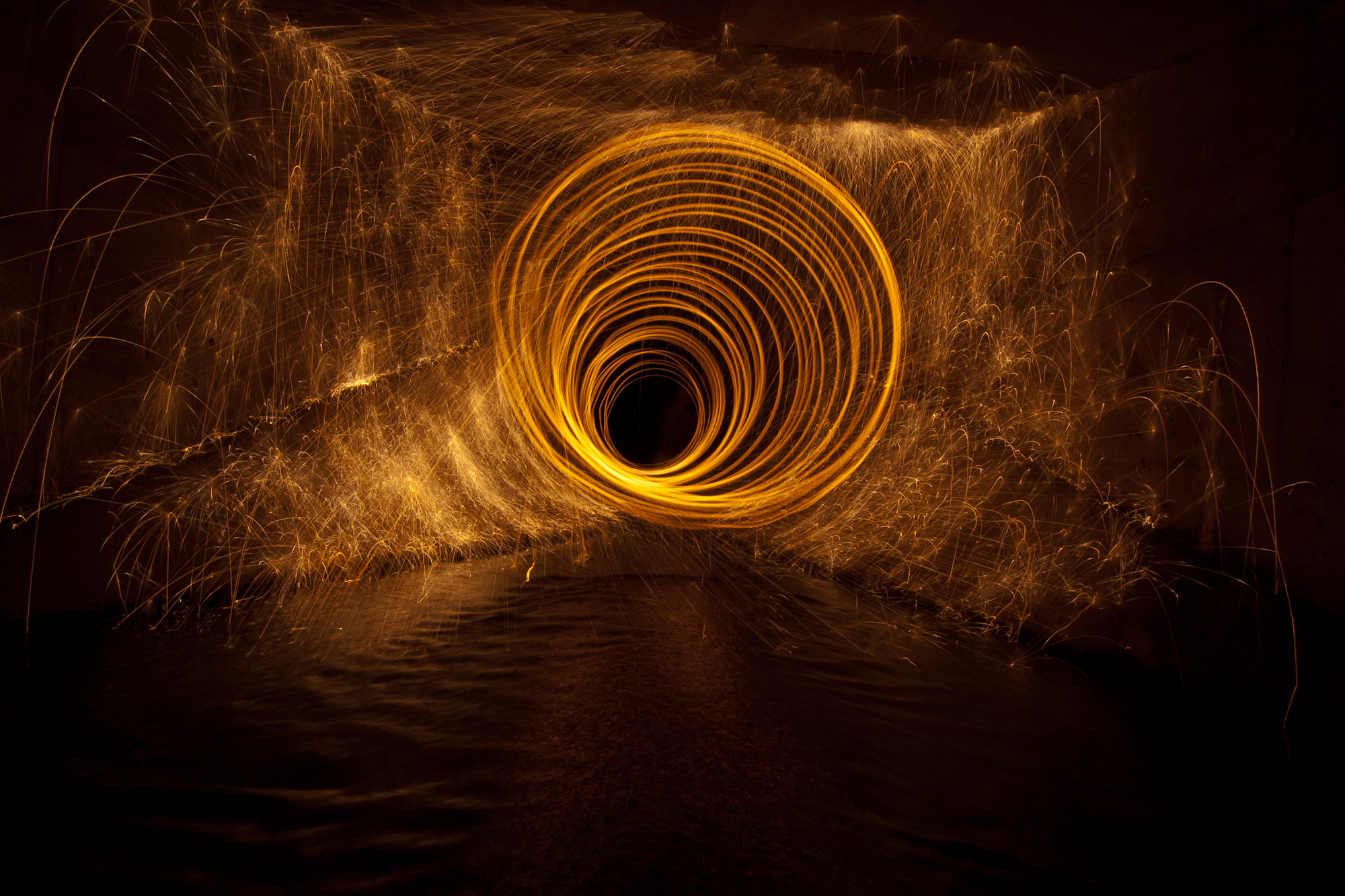 At this moment, Europe has a massive problem as Putin is choking off access to Russia’s natural gas, which the economies of Europe, particularly Germany, became dependent on over the last decades. Europe allowed Russia to amass financial and political power because Russian gas was the cheapest energy available and, therefore, politically expedient. With the current cut-off, energy bills across many parts of Europe and the UK have spiked as much as five times, immediately forcing many businesses to close.

There is a likelihood that huge sectors of industry — for instance, car manufacturers in Germany — will be unable to produce this winter, as gas is rationed to keep people from freezing.

I don’t want to say I consider this a good thing, but in some ways, I do think it could be a good thing — but only if, somehow or other, a systems-level realization starts to kick in. And that is, still, almost nowhere to be found.

Out of curiosity, I looked up the amount of reserves of natural gas estimated in the world. According to Worldometer, in 2017, there were nearly 7 trillion cubic feet of natural gas. We use about 1/52nd of these reserves every year. In other words, we will run out of natural gas in under a half century.

Where are we with oil? According to The Christian Science Monitor (2013):

BP’s annual report on proved global oil reserves says that as of the end of 2013, Earth has nearly 1.688 trillion barrels of crude, which will last 53.3 years at current rates of extraction. This figure is 1.1 percent higher than that of the previous year. In fact, during the past 10 years proven reserves have risen by 27 percent, or more than 350 billion barrels.

Thus we have 40 years left of oil, give or take. Apparently, when it comes to coal, we have a bit more time. Something like 90 years. But coal, obviously, comes at a much bigger environmental cost.

Along with accelerated global warming, I find this to be much bigger, more profoundly important news than the World Economic Forum’s “Great Reset,” Chinese totalitarianism, or even the Ukraine war. It suggests that the world is barreling toward a monumental contraction. Yet it is rarely discussed or trumpeted in the mainstream media — probably because the media is largely underwritten by oil companies and car companies.

What should be happening now is a global cooperative effort to redesign our energy and economic systems so that we can, as a species, survive this massive shockwave that is inevitably going to hit all of us.

But we are so far from that, it feels absurd to even mention it at this point.

Over the last few decades, it seems we have become even more stupid, more ignorant, more blinkered as a species. In some areas, however, there are signs of progress — as I will explore in future essays.

I believe we need a collective awakening that assigns the current form of capitalism to the scrap heap. In a fast-changing world where warming accelerates as fossil fuel energy grows scarce, the profit motive driving the strategies of corporations is antithetical to humanity’s future survival.

I realize that nobody wants to give up more power to national governments or to global control systems. The only logical alternative, then, would be some kind of decision-making and resource-assigning infrastructure, perhaps built on a blockchain, to facilitate people in rapidly assimilating all evidence on every topic of immediate concern, making an educated choice, and then acting together toward a shared, agreed-upon goal.

Such a “people-powered” platform could, at least in theory, make governments and corporations obsolete — this is probably why nobody will build it. But a crisis can force rapid innovation and unanticipated developments.

What seems a more plausible outcome is we continue racing in the wrong direction until breakdown occurs.

Doug Rushkoff just republished his piece from a few years ago, “The super-rich ‘preppers’ planning to save themselves from the apocalypse,” which is a must-read. A small group of billionaire tech investors and hedge fund managers invited Rushkoff to speak on the future of technology. But in fact, they were most interested in building escape bunkers and preparing themselves for imminent global breakdown. Rushkoff writes:

The billionaires who called me out to the desert to evaluate their bunker strategies are not the victors of the economic game so much as the victims of its perversely limited rules. …

Yet this Silicon Valley escapism — let’s call it The Mindset — encourages its adherents to believe that the winners can somehow leave the rest of us behind.

Never before have our society’s most powerful players assumed that the primary impact of their own conquests would be to render the world itself unlivable for everyone else. Nor have they ever before had the technologies through which to program their sensibilities into the very fabric of our society. The landscape is alive with algorithms and intelligences actively encouraging these selfish and isolationist outlooks. Those sociopathic enough to embrace them are rewarded with cash and control over the rest of us. It’s a self-reinforcing feedback loop. This is new.

Amplified by digital technologies and the unprecedented wealth disparity they afford, The Mindset allows for the easy externalization of harm to others, and inspires a corresponding longing for transcendence and separation from the people and places that have been abused.

When I wrote Breaking Open the Head, I hoped that a second wave of the psychedelic revolution might be a catalyst that shifted people — particularly elite holders of financial and culture capital — into taking a systemic design approach to our imperiled world. Instead, it seems that capitalism has assimilated psychedelics, reducing them to tools for creativity and mental health. This is also a trend I intend to critique in greater depth, soon enough.