Why ‘JFK Revisited’ Is Necessary

This story is part of our series revisiting the JFK assassination. To understand why we’re doing this, read our introduction.

It’s been 30 years since Oliver Stone’s JFK posited that a US government conspiracy, involving both the intelligence services as well as the military industrial complex, was responsible for the assassination of President John F. Kennedy on November 22, 1963.

Stone’s interest in why our 35th president was killed and by whom — and what it’s meant since for US democracy, and for the world — hasn’t waned, in no small part because, like millions of other Americans, Stone believes the crime remains unsolved.

JFK’s runaway success triggered a real-time result: To soothe a freshly outraged public demanding answers, Congress created the Assassination Records Review Board, which continues to slowly declassify long-withheld CIA and FBI files related to the Kennedy assassination, though with varying degrees of success and compliance with the law.

With JFK Revisited: Through the Looking Glass, a two-hour documentary streaming on Showtime, Stone combines archival footage with new interviews to hone in on physical evidence that he argues contradicts the Warren Commission’s lone-assassin conclusion.

It will remain to be seen if this Oliver Stone film can agitate distracted Americans into demanding answers or shame Congress into action. But if nothing else, JFK Revisited proves beyond a doubt that Lee Harvey Oswald could not have perpetrated the assassination by himself — if he was even involved at all. And if Americans can’t trust the official story, more questions — and troubling, unavoidable conclusions — soon follow.

The “Official Record” Is Wrong

For students of the assassination, JFK Revisited doesn’t present fresh theories or new evidence. There is no attempt to identify additional shooters or name their locations, or to finger  suspects in high places. The facts are the same as they’ve been for 58 years.

For that long, they have been hiding in plain sight: The Warren Commission’s conclusions, that Lee Harvey Oswald acted alone and there was no evidence of a conspiracy, are flat-out lies. The documentary is a reminder, reemphasizing how wide-ranging the cover-up was (and continues to be). Stone also offers an excellent primer for a new generation unfamiliar with what happened and why it still matters.

Scripted by Jim DiEugenio, author of several books on the assassination and co-founder of Citizens for Truth about the Kennedy Assassination, JFK Revisited sometimes moves too quickly for the novice viewer to fully grasp a particular sequence. But it leaves little doubt that three key points in the “official” narrative are fabricated: the number of bullets fired at the presidential motorcade, the military autopsy, and Oswald’s involvement.

Skeptics who accept the official account should consider the chain of custody surrounding the so-called “magic bullet” said to have passed through both Kennedy and Texas Gov. John Connally as they cruised in the presidential motorcade through Dealey Plaza.

JFK Revisited spends considerable time dissecting a twisted trail that includes four doctors and Secret Service agents who are certain the damaged bullet they initially saw was not the pristine bullet that ended up in evidence.

Two Warren Commission members, Sens. Richard Russell (D-GA) and Sherman Cooper (R-KY), along with Connally himself, disputed the possibility that the same bullet struck both men.

This chain of events would mean at least five bullets were fired in Dealey Plaza that afternoon. 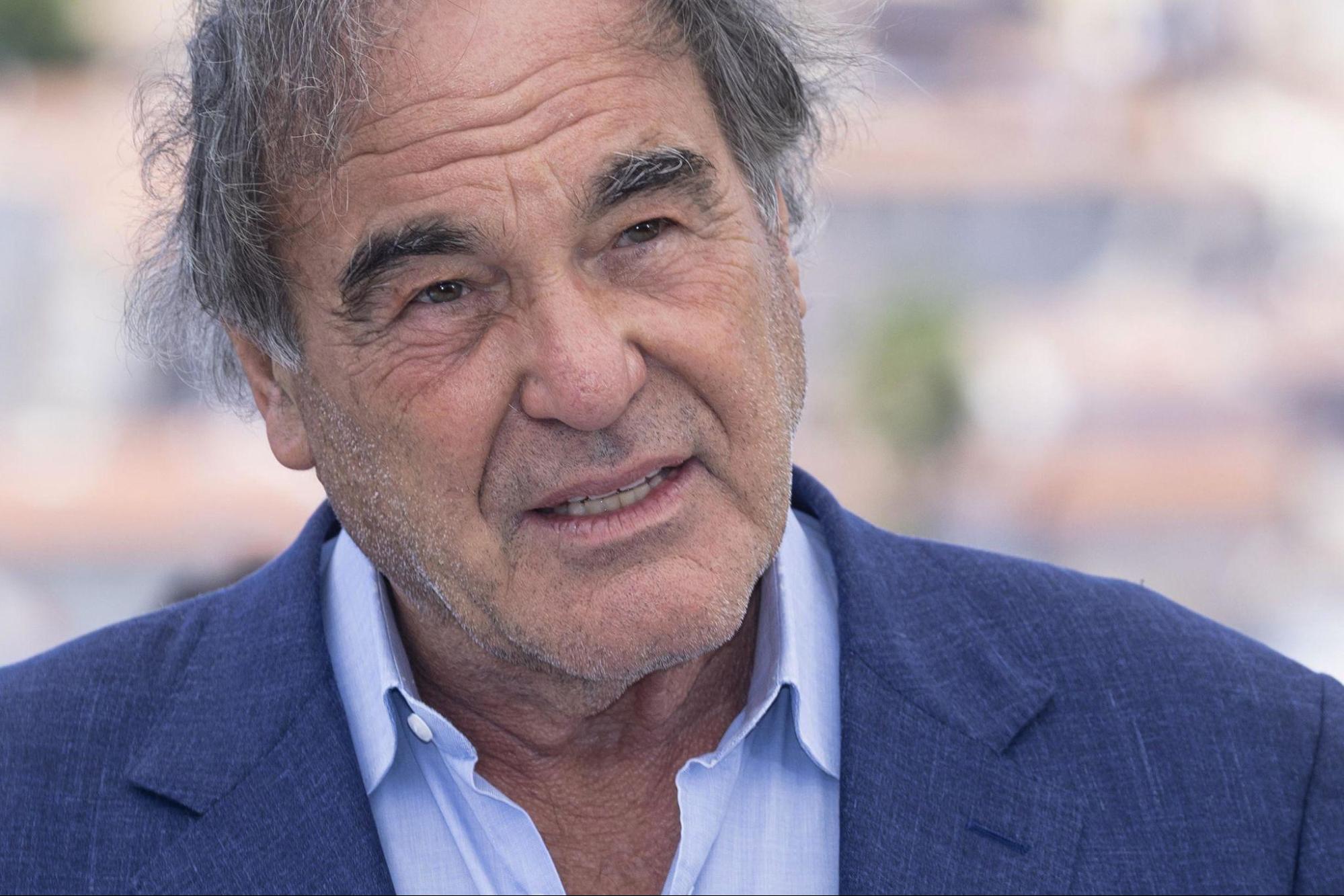 The civilian doctors who first examined the president at Dallas’s Parkland Hospital all saw an entrance wound in the throat — indicating that Kennedy was shot from the front, from the direction of the grassy knoll — that then “disappeared” from the military autopsy conducted at Bethesda Naval Hospital after Air Force One returned to Washington that night.

The documentary reveals that a Secret Service agent, Elmer Moore, controlled the ballistics and medical evidence, to the degree that he later convinced the emergency room doctors to change their stories when called to testify before the Warren Commission.

The president’s autopsy was Navy doctor J.J. Humes’s first-ever gunshot-wound postmortem. Though he had 40 observers on hand, Humes made sure to burn all his notes, a long-known fact to which JFK Revisited adds context.

One of the key primary witnesses supporting a conspiracy is John Stringer, the official autopsy photographer. He claims the photos of Kennedy’s blown-out head are fake, or at least altered. The type of film and camera used for these images are not the same camera and film as what he used that night.

If Stringer didn’t take those pictures, who did? And why did they have to take another set?

The coup de grâce is Warren Commission member (and future president) Gerald Ford changing  the original first draft of its report to elevate Kennedy’s back wound from its true location in the thorax, to the back of the neck, in order to support the single bullet theory.

As for Oswald, the accused assassin who was murdered two days later in a Dallas police station by mobbed-up nightclub owner Jack Ruby, three female witnesses who worked in the Texas School Book Depository independently claimed that he was not on the sixth floor at the time of the shooting (as Oswald maintained before his death).

And the gun found on the scene may not have been Oswald’s: The Mannlicher-Carcano rifle allegedly found in the sniper’s nest was 4.2 inches longer than the rifle Oswald purchased from a mail-order catalogue nine months earlier. 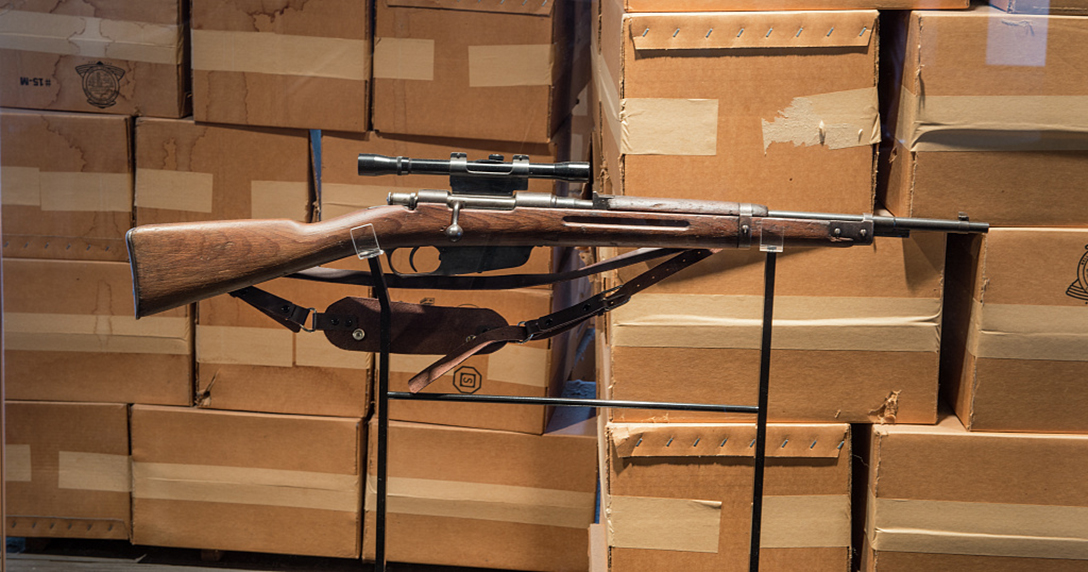 Stone then focuses on Oswald’s more-than-curious history after the young ex-Marine’s return to the United States from a supposed defection to the Soviet Union.

Why was the street address of Oswald’s Fair Play for Cuba Committee in New Orleans  scrubbed from post-assassination reports? Perhaps because the same office was a locus of anti-Castro activity — not Communist sympathizers, as Oswald was made out to be?

Why was a “flash warning” removed from Oswald’s file at the FBI, just as Oswald returned from his alleged trips to the Cuban Consulate and Russian Embassy in Mexico City which otherwise would have alerted the Secret Service to consider him a security threat to the president?

There have been no good answers to such troubling questions. They heighten the contradictions of the official narrative, but bring us no closer to knowing the real story. They do, however, indicate that people in high places not only manipulated Oswald but began setting him up to take the rap almost two months prior to November 22, 1963.

Breadcrumbs on the Trail to Dallas

Similarities between what happened in Dallas and two earlier apparent plots against Kennedy’s life are even more troubling. JFK Revisited raises the possibility of back-up plans around presidential visits that were trial runs for the setup in Texas.

In both Chicago and Tampa in November, two purported would-be assassins who bear many of the same Oswald-like earmarks appear.

Shortly before JFK’s scheduled arrival in Chicago on November 2, an ex-Marine sharpshooter named Thomas Vallee found himself arrested on the pretext of a minor driving offense. The FBI had placed Vallee under constant surveillance after receiving a tip from an informant identified only as “Lee” that Vallee was planning to assassinate the president.

Like Oswald, Vallee had been stationed at a U-2 spy plane base in Japan and recently started work at premises that overlooked the motorcade.route. Unlike Oswald, Vallee professed to be a right-wing militant who associated with anti-Castro Cubans. Five minutes after his arrest, JFK’s Chicago visit was cancelled. Vallee was then released.

In Tampa, where Kennedy was slated to ride in an open-top limousine, a Fair Play for Cuba Committee member named Gilberto Policarpo Lopez arrived on November 18. Like Oswald, Lopez was in his early 20s, had been denied a Cuban visa, and lived alone due to marital problems.

Lopez then showed up at an unknown location in Texas on the 22nd where, shortly after the assassination, he crossed the border and made his way to Mexico City, where he was the lone passenger on a flight to Havana on the 27th.

Who was he and what was he doing shadowing the dead president? The CIA opened a file but never pursued further investigation.

JFK Revisited concludes with a look at Kennedy’s policies, particularly around Cuba and Vietnam, and establishes conflict against forces within the CIA and the military that had reason to want the president out of the way.

Allen Dulles, whom Kennedy fired as CIA director after the ill-fated Bay of Pigs invasion in 1961, oversaw numerous assassination attempts against Cuban leaderFidel Castro and succeeded in dispatching Patrice Lumumba, the first elected leader of the Democratic Republic of the Congo.

Dulles is portrayed as a man unaccustomed to being challenged — even by a president. In his role as the Warren Commission’s leading proponent of the lone-assassin conclusion, he was perfectly positioned to cover up yet another political killing.

Footage depicting the stunned and sometimes anguished reactions of foreign leaders upon hearing of Kennedy’s death reminds us what the world lost. After the Cuban Missile Crisis brought the world to the brink of nuclear war, Kennedy sought common ground with Soviet Premier Nikita Khrushchev, pursuing detente and a chance for peace that could have ended the Cold War.

Kennedy pledged not to invade Cuba nor overthrow Fidel Castro, a regime change the CIA had been pursuing throughout his administration. He prepared to withdraw a then-limited number of American troops from Vietnam, intentions reversed by Lyndon B. Johnson, who secured the Gulf of Tonkin Resolution from Congress eight months after the assassination and authorized a full-scale American military invasion the following year.

With the disastrous failure of the Vietnam War fueling the resentment that powers today’s far-right and the obvious flaws in the official story leading Americans to lose faith in their country’s institutions and mistrust expertise, it’s easy to see how the assassination changed history.

JFK Revisited reminds the old and educates the young that “conspiracy theories” are not so easily dismissed, especially when the “official record” is so easily proved wrong.

That the truth has never surfaced about such a turning point in American history should trouble and alarm generations of Americans, who should be freshly outraged every time they revisit the assassination.

Dick Russell is the author of three books on the assassination of President Kennedy including The Man Who Knew Too Much.