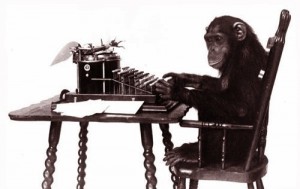 This is Who? A Journalistic BooBoo Did you hear this? Howard Kurtz, the longtime dean of mainstream journalists who critique other journalists’ standards and practices, made a huge booboo—then waited about forever before acknowledging it. It’s a doozy: he wrote up an interview with the new House investigations chief, Rep. Darrell Issa—but didn’t realize he was actually speaking with an Issa aide. Wow!

There are still some aftershocks stemming from the way Howard Kurtz, the Daily Beast’s new Washington bureau chief, handled a story correction — with the correction appearing a month and half after the original mistake.

The story appeared to be an interview between Kurtz and Rep. Darrell Issa, the “GOP’s New Top Cop.”

However, Kurtz apparently never got the congressman on the phone, only his spokesman, Kurt Bardella. Kurtz published his piece on Nov. 27, believing it was Issa he had interviewed. A few days later, Bardella e-mailed to let him know about the mix-up.

But Kurtz didn’t do anything about Bardella’s e-mail until The New Yorker’s Ryan Lizza started sniffing around the story recently.

Most observers were shocked not only that a veteran Beltway insider would make such an error but that he didn’t bother to ‘fess up when he learned about his gaffe.

….”I screwed up,” Kurtz told the Web site Politico.com. “I was so puzzled by the note that Bardella sent — about my not having talked to the man I repeatedly called congressman, and who identified himself as Darrell Issa — that I wasn’t sure how serious he was. He didn’t ask for a correction, which he certainly is entitled to if I wasn’t in fact talking to Darrell Issa. Then I got busy with other things and I let it slip, and that was a mistake on my part.”

The correction ran Wednesday on the Daily Beast site, but Kurtz is still a little baffled by a few things — like how, “if the misunderstanding was on my side, why Bardella did not simply point this out when I sent him a note saying, ‘Hey, thanks for getting me the congressman so quickly?’ ”

Bardella told Politico, “I just assumed he reached the congressman somehow, and I wasn’t aware of it.”

The article doesn’t properly emphasize that Howard Kurtz was for many years the Washington Post’s main guy on the media beat, scrutinizing others’ work—and was and remains the host of CNN’s media show, which, ironically, is called Reliable Sources. Will he interview himself for lessons learned? Stay tuned.