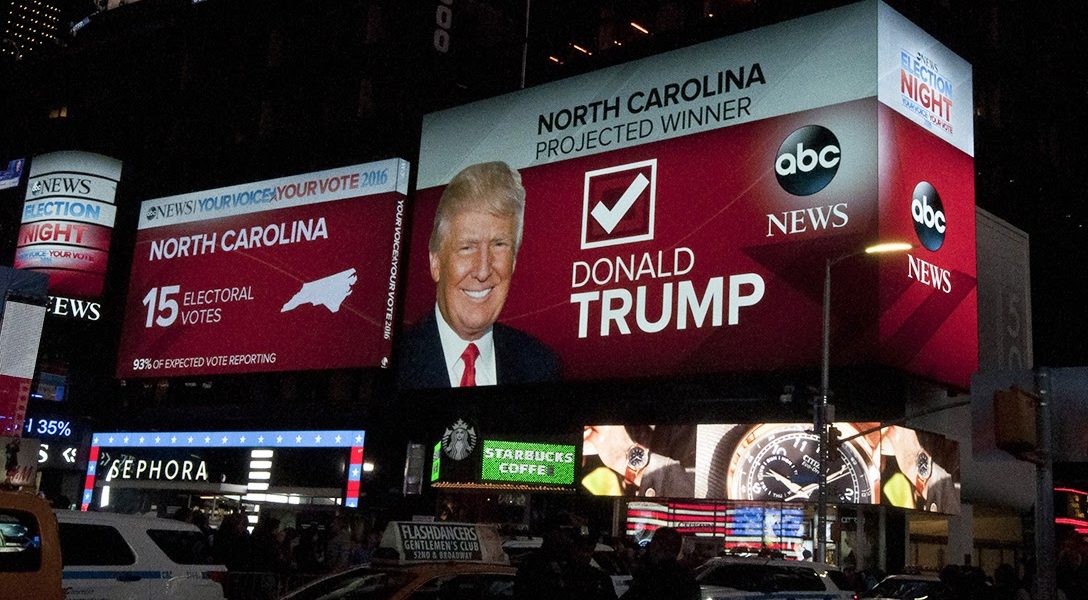 The Media’s Most Important Job in 2020: Countering Postelection Chaos

Almost all signs point to a significant delay in reporting the final results of the 2020 presidential election. This presents a unique obstacle for a culture accustomed to endless streaming and 24-hour news cycles.

Journalists and news consumers must accept the fact that they will not know election results in a few hours, or perhaps even in a few days. Newsrooms have to be especially careful about how they report early vote totals, let alone the final outcome, now that the coronavirus is forcing states to rethink how they run elections. Otherwise, they run the risk of laying the groundwork for contentious results.

Election Day is typically a closely coordinated event for newsrooms across the country, but never before have reporters been forced to cover an election where so few people are expected to vote in person, exit polling will be effectively useless, and millions of votes will not be counted right away.

Instead of the well-oiled machine that has come to be political reporting, with its focus on horse-race highlights, this year some journalists will be learning, alongside their public, how elections will be different in states that modified vote-by-mail rules in recent weeks.

Exit polls, for example, have historically been used by newsrooms to get a general idea of what brought voters to the polls and a rough count of the votes cast at a particular precinct as voters leave after voting. The combination of few in-person voters and even fewer journalists on the ground makes these polls harder, if not impossible, to rely on. As election regulations change, news reporters across America prepare for this next Presidential Election. Photo credit: Nikky / Flickr (CC BY 2.0)

Many voters will likely choose to send their ballot in the mail this year, in part due to fears about the dangers of in-person voting amid the coronavirus, so states will need time to fairly count all of the votes. Depending on how many mail-in ballots are cast, officials may need weeks to ensure every ballot is counted; any voter that forgot to sign their ballot, for example, will have the opportunity to do so and prevent their ballot from being disqualified.

In addition to the changes in procedure, the news media themselves are facing an unprecedented crisis as a result of the coronavirus pandemic. Thousands of journalists have been forced to take pay cuts or been laid off. In some cases, they are battling homelessness as a result of losing their job — meaning voters may see far fewer reporters and cameras at their polling places this November.

These two issues combined mean it has never been more important for the news media as a whole to prepare themselves and the public for a surreal election cycle.

Absentee voting is not a new phenomenon, but a number of states had restrictions on who, prior to the COVID-19 outbreak, could actually request an absentee ballot. Most people found it easier to vote in person, so those vote totals were typically enough for journalists to report an accurate outcome once polls closed on Election Day.

Many of the same states, in part because of the coronavirus, have lifted these restrictions to allow any eligible voter to mail a ballot. So, it is reasonable to expect a learning curve for journalists who are accustomed to relying on exit polling and county registrar offices to report an official outcome within a few hours after polls close.

There are some ways to gauge voters’ opinions without asking them in person. The Associated Press partnered with Fox News ahead of the 2018 election to conduct a “probability-based, state-by-state survey of registered voters” to ask what issues they care about by phone and online. Newsrooms could consider using this option, but it would not provide a full picture of the election result itself because the actual vote total will not be available for a few weeks.

You can’t just have the polls close at 8 o’clock and have a winner announced when the early results are in. I think everyone is going to have to kind of get used to … [the fact that] elections are not drive-thru restaurants. We need to get it right, and sometimes that means waiting.

The worst thing that the news media could do is try to use exit polling to start calling a winner, said Ellen Shearer, a professor at Northwestern University’s Medill School of Journalism and co-director of Medill’s National Security Journalism Initiative.

“I think responsible news organizations will not do that,” Shearer told WhoWhatWhy, adding that “things are going to be different, and however people vote, the news media will have to take into account when they can responsibly know who won each state.”

If the presidential election is close, determining the right way to cover it could come down to “good journalism and good sense,” suggested Matt Hall, president-elect of the Society of Professional Journalists and editorial and opinion director for the San Diego Union-Tribune. That means educating the public before November on why and how this year’s election will be different and delayed.

“I think part of journalism is telling the story, and part of this year’s election story … is explaining how the election will happen,” Hall said in an interview with WhoWhatWhy.

One of the explanations that journalists will need to provide is how political candidates can contest the outcome of an election in the event the race is close. Candidates can ask for a recount or audit, whether it is for a single precinct or an entire state; election security experts claim that audits are more trustworthy when they are based on hand-marked paper ballots rather than touchscreen voting machines that have been proven to be hackable.

“People need to know that if it’s a close election, the system will work and there are ways for recounts,” Hall said.

As for election officials, Shearer said, they should make it as easy as possible for voters to learn how to vote under the changed procedures in their state. In some states, for example, voters are required to sign their name over the seal of the envelope containing their ballot — otherwise, it is disqualified. Such factors could cause even further delay in reporting the results if officials allow voters some time to correct small errors such as unsigned envelopes.

“There may be frustration people have where you can’t just have the polls close at 8 o’clock and have a winner announced when the early results are in,” Hall said. “Everyone is going to have to get used to [the fact that] elections are not drive-thru restaurants. We need to get it right, and sometimes that means waiting.” Election integrity advocates have largely focused on the actions of elected officials and faulty election equipment, with little attention being paid to the news media’s role in influencing US elections. Journalists regularly vet political candidates and vigorously strive to avoid pitfalls, but people make mistakes — like misreading polls and sensationalizing stories — worsening the distrust that the public has toward America’s newsrooms.

This year, however, could be an opportunity for the news media to regain some of that trust as more states expand mail-in voting.

The challenge for journalists since the 2016 presidential election has been balancing the pressure to report the news with the reality that a growing number of voters view nearly every aspect of politics in the US through a partisan lens. In such an atmosphere, one mistake can cast doubt on the entire industry. Something as foundational as fact checking, for example, can make a world of difference.

“People need to be able to trust these institutions,” Hall said. “Mail balloting is done in some states … to great success and to high voter turnout, so I think getting people to trust the system starts now.”

Social distancing and stay-at-home orders have made it difficult for journalists to be watchdogs on the ground to report voting issues. Thanks to social media, one option that Hall would like to see newsrooms consider is crowdsourcing, because journalist shortages may lead to difficult decisions about which issues to cover.

Some reporters have begun parsing their words carefully so as to not repeat past mistakes. Reporters in Wisconsin, for example, used phrases like “projections indicate” or “polling indicates” to avoid explicitly declaring former Vice President Joe Biden as the winner of the Democratic primary on election night, Shearer said.

Newsrooms in states new to mail-in voting can look to states that have held elections by mail in recent years. Hall has covered a number of elections in California and says San Diego’s Democratic primary in early March highlights the importance of patience when reporting on mail-in voting results.

The in-person and early voting results showed a significant difference between the second- and third-place winners, but as all of the mail-in ballots were counted, the person apparently in third place closed the gap in votes and ended up winning second place.

Journalists will need to allow officials the necessary time to fairly count all the votes instead of looking for immediate results to report, Hall said.

“Accuracy is obviously paramount,” he added. “Voters … residents, readers, viewers, [and] listeners need to know that the information they’re getting is trustworthy.”