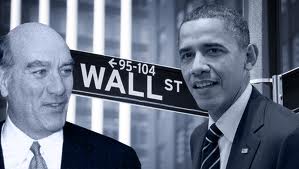 The Meaning of Daley A few days ago, the Obama Administration floated a trial balloon to see if there would be any opposition to the appointment of William Daley as the President’s Chief of Staff. There wasn’t, and so they’ve gone ahead and made it official.

That they were concerned about a backlash is evident from the original reporting.  Look at the framing in the New York Times:

President Obama has approached William Daley, the brother of Chicago’s mayor and a former commerce secretary, about the possibility of becoming White House chief of staff as one part of a reorganization plan in the West Wing, according to people familiar with the conversation, which took place around the holidays. [emphasis added]

Realistically, how many people would be “familiar with the conversation,” besides Obama and Daley, and a small circle around them? And what is the likelihood one of that tiny group would risk banishment for leaking? Pretty remote. Therefore, it’s probable they were trying to gauge any possible problems. And what might those be?

Daley is from the old Chicago political machine. Evidence that it’s kind of a revolving door are that the man Daley would be replacing, Rahm Emanuel, has left the White House in a bid to replace Daley’s brother as mayor of Chicago.

Daley works for JPMorgan Chase. This of course is a bank that already has clout with the administration. The head of JPMorgan Chase, Jamie Dimon, made his name in Chicago, where he got to know Obama—before being picked to run the powerful bank. The Chase-side of JP Morgan bank has long been known as “David Rockefeller’s bank” and the Rockefeller influence has continued after Chase merged with JP Morgan in 2000. Dimon was an early supporter of Obama. Dimon is wired into Treasury Secretary Timothy Geithner, who has had private lunches with Dimon since leaving the New York Federal Reserve Bank and going to Washington.

Rockefeller-led interests have had profound influence with the White House over the years, even shaping many candidates on their way up (including Richard Nixon and Jimmy Carter—whose national security advisers—Henry Kissinger and Zbigniew Brzezinski, respectively—came straight out of the Rockefeller orbit, as well as President Clinton, who, like Carter and Obama, was groomed for power by David Rockefeller’s Trilateral Commission.  A recent Rockefeller Foundation Report shows Dimon, President Clinton and Rockefeller Foundation President Judith Rodin together, extolling the virtues of “smart” globalization.

Here’s the more subtle way the Times states what is going on:

While Mr. Obama and Mr. Daley have known one another for years, with Mr. Obama often turning to Mr. Daley for advice in the 2008 presidential campaign, associates said the men were not extraordinarily close. But hiring Mr. Daley, who served as Commerce Secretary under President Bill Clinton, would almost certainly improve icy relations between the Obama administration and business leaders.

Mr. Daley…thought the president and Democratic leaders in Congress overreached on some of their priorities in the last two years. “They miscalculated on health care,” Mr. Daley said in an interview last year with The New York Times…

Mr. Daley…helped Mr. Clinton pass the North America Free Trade Agreement, which is blamed by many union workers and liberals for helping to move jobs overseas.

Mr. Daley is also the Midwest chairman of JPMorgan Chase & Co., who also serves as the bank’s head of corporate responsibility. If selected to join the Obama administration, his ties to Wall Street are among the elements of his background that would likely be criticized by left-leaning groups.

It’s really interesting to witness the reticence of the media to openly discuss corporate muscle and how it might affect our world and our daily lives. They seem to regard it as impolite to even mention such matters, the kind of thing you don’t do in respectable company. Harrumph!