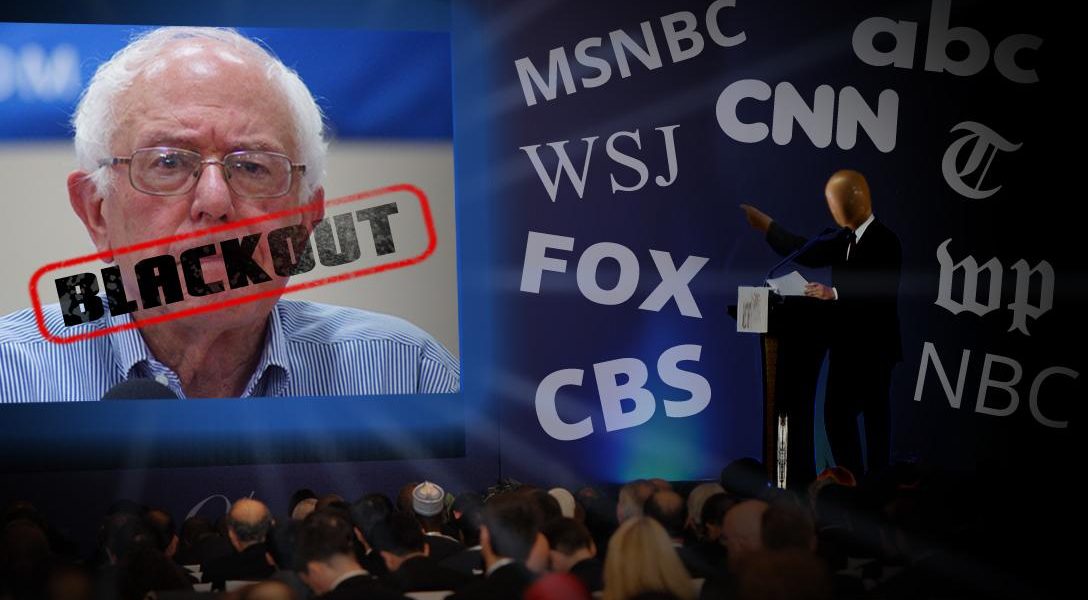 News Item: Bernie Sanders and his supporters are sputtering-mad about the media’s failure to properly cover his campaign — and his issues.

Reaction: That’s understandable. What’s not understandable is that those who are unhappy with the media fail to do much about it.

People only get half of the picture. They get excited about what they perceive to be a better, more conscientious candidate, but they fail to  consider the faulty mechanism that keeps useful information about that candidate from reaching the public. It’s the supreme irony of American politics: if all you do is passively support “good” candidates, you almost guarantee that your candidates will fail.

As The Washington Post, which is certainly part of the problematical journalistic mainstream, reported:

[Sanders] complained during a rally here this week that news outlets prefer “political gossip” to real issues, and he told an audience in Storm Lake that the media “thinks that you’re pretty dumb and all you can deal with is six-second sound bites and one issue at a time.”

The key take-away from this article, unfortunately, will not be Sanders’s incisive analysis, it will be the Post’s headline, “Bernie Sanders shares something with Republicans: Bashing the media.”

In other words, for the Post, the important thing about Sanders is that he stands outside the Democratic mainstream — and projects a kind of negative petulance.

You certainly cannot expect entities like The Washington Post, owned by a billionaire, to get to the heart of things on a topic like this. So, instead, the Post article points to an important issue — the failure of the media to cover thoughtful anti-Establishment criticism …but then quickly punts:

Dennis Goldford, a political science professor at Drake University, said other Democrats could see Sanders’s jabs “as a sign of weakness.”

“Typically, when you’re having trouble with your campaign, you attack the media,” Goldford said.

Nor can you count on the so-called “alternative media” to give you unbiased insights into the current state of the nation and the world. Too often, alternative news sources are beholden to the Left, which has its own sacred cows to defend.

As the saying goes, knowledge is power. If we want better politicians and better government, we must support better journalism. And that means direct support of outfits like WhoWhatWhy that have no ideological bias, Left, Right or Center. Our only commitment is to uncovering the truth.

And that’s why we ask you to give.