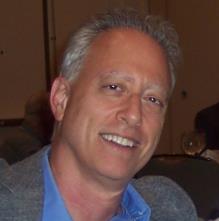 Here is the first of what we hope will be a series of occasional posts highlighting what journalism does wrong, or at least could do better—as we aspire to do it right. Please send items you think we should see, to info@whowhatwhy.org

In the inaugural edition of our MediaFail column, four articles from major newspapers– two from the New York Times, and one each from the Boston Globe and The Guardian—reveal that errors of omission can be as bad as flat-out errors of fact.

The first New York Times article is about the efforts of a group of Western women academics to help Saudi Arabia increase the percentage of women in its workforce.  The article is enlivened with “human-interest” details:

During their time in the capital city of Riyadh, Ms. Goldin noted, she and her colleagues were treated with respect. She sat next to the Saudi labor minister at a dinner and even held a menacing falcon in a nation where falconry, the “sport of kings,” is the manliest of hobbies.

Aside from the fact that the gist of this article could have come straight from the Kingdom’s P.R. department, with almost zero critical analysis, several other things were striking.

And only at the very end of the article do we learn that the delegation of foreign women was prevented from…meeting any ordinary Saudi women (!)

Harvard professor Claudia Goldin is quoted, in the final paragraph, almost as an afterthought (when it should be a core point):

“…we’ve had no interactions with women who want jobs, only with people who are world travelers or are members of the government.”

This pretty much exposes the hollowness of the whole thing, but by leaving it to the end, where readers are not exactly poised for revelations, this key point is obscured.

Another New York Times article, which, again, reads as if were written by some P.R. agency, celebrates how state governments are benefitting from renewed interest in drinking alcohol. Seriously.

While Kentucky has enjoyed a special upswing from bourbon, across the country, changing consumer tastes and changes to state regulatory and tax policies have created a bull market in booze-related businesses.

“In human history,” said Garrett C. Peck, a historian who has written several books on alcohol and Prohibition, “there has never been a better time to be a drinker.”

Now, it is one thing to highlight a relevant trend in a society where many of us enjoy a drink from time to time, be it a bourbon, a Bordeaux or a microbrew. But it is quite another to produce a dog-bites-man article quoting tax authorities who are pleased with the additional income, and the predictable excitement of the distillers and their trade association. Especially when there’s no mention of the social and other costs the state will still have to pay because of the huge increase in alcohol consumption celebrated in the article.

Over at the Boston Globe, columnist Scot Lehigh publishes a prototypically bland historical essay with almost zero profundity or revelations, and then punts when he actually has something interesting to say. The essay is actually a chatty review of a book about American Vice Presidents by a friend of his, the former reporter and long-time syndicated columnist Jules Witcover. Lehigh, writes of Witcover:

“I was particularly amazed when the senior George Bush picked Dan Quayle, because George H.W. was only vice president for about 10 weeks when Ronald Reagan was shot,” Witcover says. “I figured he of all people would make a serious choice.”

Bush had plenty of reasons to pick Quayle – at least one of which he could have learned from a politically savvy Republican predecessor. As I report in Family of Secrets, while still a candidate in 1968, Richard Nixon had been pressured by corporate powers to choose a young George H.W. Bush as his vice president, but he balked. Asked by an aide why he chose someone as unpalatable as Spiro Agnew, an unappealing fellow in every respect, Nixon replied—with no hint of humor—“assassination insurance.”

In truth, even the most rabid anti-Nixon agitators would have thought twice about putting him out of commission if it meant leaving Agnew in charge. When Agnew was removed first, in a bribery scandal promoted by governmental elements hostile to Nixon, it was that much easier to remove Nixon himself.

Lesson learned—but not by one of our nation’s top political columnists, author of 20 books, and not by a columnist in one of our top papers.

The final selection for this MediaFail is from The Guardian. That UK paper has the distinction of covering the US better than almost any American paper. But it has one noticeable defect: poor and sometimes non-existent editing. This is particularly true of op-eds written by outsiders.

The other day the Guardian published a potentially groundbreaking piece by a woman with a Master’s degree who worked as an order-picker for Amazon until she challenged the company’s odious labor practices and ended up homeless.

Unfortunately, the article is full of internal contradictions. For example, she claims to make more money in a day of panhandling than she did working for Amazon, yet while she previously had housing, now she says she can no longer afford it.

Inconsistencies like this undermine the reader’s trust in her j’accuse against Amazon. In the end, the article comes across as a kind of loose-jointed rant, with perhaps a hint that this person is looking to line up her own role in the book business—as a memoir writer.

The subject of Amazon’s contempt for workers is an important one. All the more reason for The Guardian to carefully edit this essay for clarity, focus and trustworthiness.