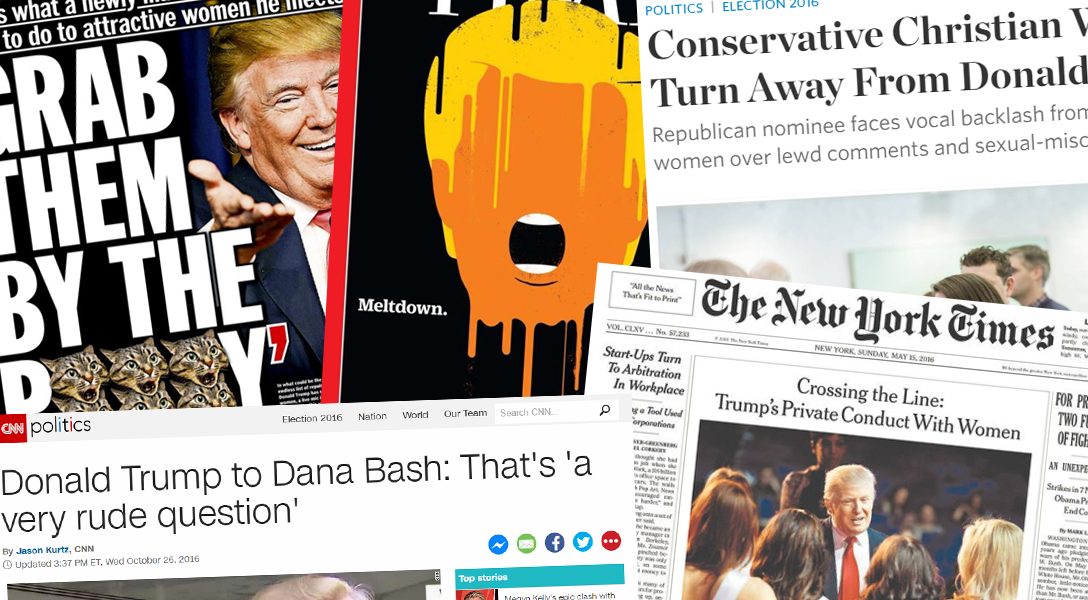 The (Media) Empire Strikes Back

We at WhoWhatWhy have long predicted that the mainstream media would turn on Donald Trump – after they were done milking the attention he attracts for every ad dollar and page view.

Still, even we did not think that they would do such a thorough job. According to an analysis of the network’s evening newscasts over a three-month span, a whopping 91% of the “opinionated statements” concerning the presidential race were anti-Trump.

To be fair, the study was conducted by the conservative Media Research Center (MRC) and the methodology helped make it sound so lopsided. It should also be noted that Trump is not doing himself any favors by providing plenty of ammunition to anybody who wants to cast him in a bad light and that most statements about Hillary Clinton (79%) were also negative.

The Democratic nominee, however, managed to stay out of the spotlight as the media trained its fire on Trump. The study found that the newscasts included 184 opinionated statements about Clinton (of which 145 were negative) and 686 about Trump (of which 623 were negative).

For his part, Trump, who claimed the Republican nomination in large part because he was riding the coattails of the media that covered his every move and gave him seemingly unlimited airtime, has not done much recently to endear himself to journalists. He wants to change libel laws, complains that the media is rigging the race, banned outlets from covering his events and routinely creates a hostile environment for reporters at his rallies.

None of those things are sitting well with the mainstream media and its treatment of Trump once again confirms the old saying: “Never pick a fight with a man who buys ink by the barrel and paper by the ton.”