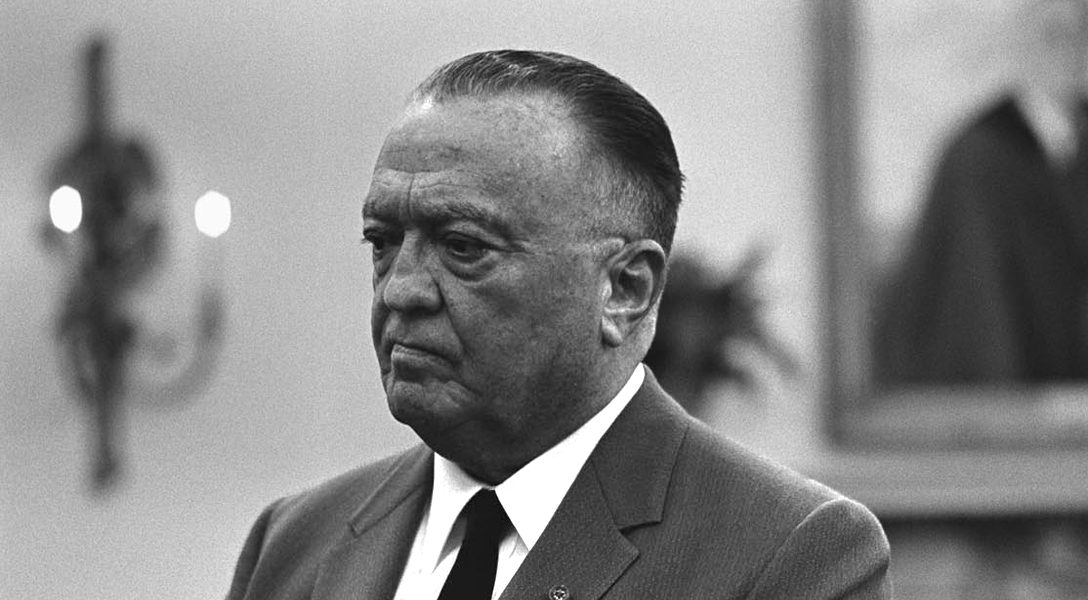 How the Media Conned the Public into Loving the FBI: Book Review

A review of “Hoover’s FBI and the Fourth Estate: The Campaign to Control the Press and the Bureau’s Image” by Matthew Cecil, University Press of Kansas, 355 pages, $34.95

Matthew Cecil, a communications professor at Wichita State University, has resolved a conundrum that’s bedeviled me since 1970, when I was a fledgling investigative reporter.

I had just completed my first interaction with the Federal Bureau of Investigation, the supposedly crackerjack national law enforcement agency. But the crackerjack part escaped me. My initial experience suggested an agency that produced inaccurate information inefficiently, failed to respect the constitutional liberties of U.S. citizens, and often resorted to intimidation and lies to get their way. Yet many of my journalistic “betters” told me I was misguided.

Smart people who think they are well informed about a subject—say, the Federal Bureau of Investigation’s role as the nation’s elite law enforcement agency—usually “know” what they think they know based on exposure to mass media—television, radio, newspapers, magazines, books. But when mass media have been corrupted, the reliability of the “knowledge” becomes suspect. That’s the case with the FBI.

As “Hoover’s FBI and the Fourth Estate: The Campaign to Control the Press and the Bureau’s Image” shows, the performance of supposedly first-rate FBI agents has been dismal time and again when the citizens of the United States needed them most, including perhaps most notably the run-up to the events of September 11, 2001. Readers of WhoWhatWhy will be familiar with our frequent reports of problems with FBI operations (see for example this, this and this). And may be asking themselves: why don’t I see this in the media? The answer is in this book.

What the FBI excelled at, especially under its long-time chief J. Edgar Hoover, was a non-stop public relations campaign that portrayed the agency as a heroic band of G-men who skillfully tracked and felled dangerous criminals.

“Tales of the FBI’s infallible laboratory and army of honest and professional agents became part of popular culture,” Cecil writes. Thanks to mass media, “the FBI was widely considered to be an indispensable government agency.”

In fact, in all too many cases, dangerous criminals were eluding capture, while that “infallible” forensic laboratory wrongly analyzed evidence again and again, leading to the pursuit and convictions of innocent individuals.

The publicity juggernaut to gild the FBI’s image began during the directorship of J. Edgar Hoover. He died in 1972, after 48 years at the helm. But the campaign he initiated was so pervasive, and the propaganda he peddled so appealing, that the image of incorruptible, invincible agent-heroes lives on in perpetuity.

Only gradually, since Hoover’s death, has the true story of the FBI begun to emerge. As Cecil explains, the course of events and countless investigations have exposed “a lawless and uncontrolled Bureau that expended enormous amounts of time and resources policing political thought rather than investigating violations of federal law… Hoover had ultimately transformed the Bureau into an American secret police force, even as he convinced the public and many in the news media that he was a trustworthy defender of civil liberties.”

Cecil says he wanted his book to reveal “how, in a nation so proud of its watchdog press, a high-profile federal agency managed to hide the reality of its activities for so long. The answer is as complex as the FBI’s decades-long deception, but it surely includes failings entrenched in the ideology of journalism and in readers’ and viewers’ often uncritical acceptance of news as truth.”

The reference to the “watchdog press” is central here. Yes, starting in the first decade of the twentieth century, what today we call “investigative reporting” began to take root in the U.S. media. But no more than a handful of media organizations ever practiced serious investigative journalism. The vast majority of journalists were too untrained or lazy or gullible or corrupt to seek the truth behind the FBI’s public-relations façade.

Unfortunately, as Cecil points out, many, probably most, consumers of news cannot or will not distinguish the excellent journalists from the untrained, lazy, gullible and corrupt ones and therefore have no idea whom to believe about the FBI. Through wise choice of media outlets and via pure luck, some consumers of mass media inevitably learned the ugly truth about the FBI—while most never did.

In the book’s Introduction, Cecil renders the abridged history of the FBI public relations campaign:

“After a few tentative steps into the realm of publicity during the late 1920s, the Bureau became a key element of FDR’s New Deal war on crime in the mid-1930s. Two journalists, independent author Courtney Ryley Cooper and Neil (Rex) Collier, collaborated with Hoover and his top lieutenants to create a template for FBI news stories emphasizing responsibility and science and featuring Hoover as America’s always careful and reliable top law enforcement officer. With the creation of the public relations-oriented Crime Records Section in 1935 and the establishment of clear lines of public communication authority, Hoover had both a public relations message and a management team to amplify and enforce it.”

During the mid-1930s, Collier, a Washington Star reporter, oversaw a comic strip called “War on Crime” that ran for two years in 80 newspapers across the United States.

Cecil summarizes the first six weeks of the strip: “Week one of ‘War on Crime’ focused on Hoover, who, Collier wrote in the comic strip’s text, ‘had the vision of a man twice his age.’ Hoover had cleaned up the Bureau, and ‘now he had men of unassailable integrity’ in the field.”

After touting the agents’ grueling training regimen and the cutting-edge science of the FBI’s crime-fighting laboratory, the strip focused on the Agency’s success in capturing criminals: “In the morgue of the Fingerprint Division are the cancelled records of criminals removed from circulation such as Dillinger, Floyd, and Nelson.” Cooper had worked as a publicist for a circus before turning to newspaper feature writing. He met Hoover in 1933, while rewriting a profile of the FBI chief for American Magazine. After completing the rewrite, Cooper suggested a more permanent arrangement to Hoover.  Soon, articles ghost-written by Cooper about the FBI began appearing in magazines and newspapers under Hoover’s byline. Other pieces appeared under Cooper’s name after FBI staff had carefully vetted them. Among the influential periodicals that published such public relations material as “news” were the respectable magazines Cosmopolitan and Saturday Evening Post.

“At a time when Americans were desperate for government to do something right, the FBI’s pursuit and elimination of John Dillinger and the other ‘Robin Hood’ outlaws of the Midwest provided a compelling hook on which to hang the Bureau’s reputation. Hoover built on that narrative, erecting an FBI built not only on real law enforcement innovation but also on a manufactured public relations foundation that hid mistakes and excesses from public view for nearly 40 years.”

Accused bank robber Bennie Dickson, for example, died on a St. Louis street during 1939 after he supposedly threatened to unload his weapon in the direction of four FBI agents. Cecil, relying in part on previously undisclosed FBI reports, shows that Dickson was actually trying to flee the scene when a trigger-happy agent shot him in the back.

The evidence appears overwhelming that in the aftermath of Dickson’s death, FBI agents coordinated their accounts, offered perjured testimony and threatened a key witness into silence after she had told the truth.

Hoover found ways to fight back.  His staff maintained lists of hundreds of journalists, and categorized each as friend or foe. Foes were denied access to FBI information, while friends, like famed columnist Walter Winchell, got “insider” tips they could use, often unattributed, to spin coverage of specific investigations and to burnish the FBI’s overall reputation.

While most major media outlets willingly joined the pro-FBI chorus, low-circulation intellectual magazines like The Nation and The New Republic probed deeper.

Fred Cook’s critical reporting about the FBI filled the entire 58 pages of The Nation magazine for October 18, 1958. Cook questioned the American public’s “worship” of an agency that was “part heroic fact” to be sure, but also “part heroic myth.” Cook would expand the magazine tour de force into a 1964 book, “The FBI Nobody Knows.”

While trying without success to refute Cook’s facts, Hoover and his supporters accused him, and other critics, of being un-American—a charge that bore considerable weight during the Communist-hunting hysteria of the 1950s.

But even Fred Cook’s hard-hitting expose could not come close to neutralizing the Bureau-friendly “journalism” of Don Whitehead.

Whitehead had established his credentials as a newspaper reporter and war correspondent by the time he completed an “authorized” history of the FBI in 1956. “The FBI Story: A Report to the People” became a big seller. Whitehead had no qualms about FBI censors vetting his manuscript. In discussing the agency’s propensity for tapping telephones and bugging private homes and offices, Whitehead compared these actions to a potential employer examining “every possible source for information as to the honesty and reliability of a prospective employee.”

As Cecil sees it, “Whitehead sold out his own journalistic credibility to the heroic history of the FBI. Hoover counted on the public’s logical conclusion that a famed, objective journalist had reviewed the evidence and verified the Bureau’s history as it had always been told.” In 1959, Whitehead’s book “became the basis for a popular motion picture, also titled ‘The FBI Story,’ starring Jimmy Stewart. And when Hoover moved the FBI story into television in 1965, carefully selected scriptwriters were provided copies of Whitehead’s book.”

In 1965, the hour-long television drama “The F.B.I.” started airing on the ABC network, a co-production of Warner Brothers and Quinn Martin. The dramatization of FBI cases reached millions of viewers each week, 241 episodes over a nine-year period, not including re-runs and syndication showings. An FBI agent worked on the set. FBI employees reviewed and rewrote the scripts line by line. The agency had the right to approve production crew members, performers and advertisers.

The FBI censors objected to scenes in which agents killed criminals, because that seemed to indicate a lack of responsibility.  “In addition to limiting violence…FBI reviewers rejected scripts that showed agents drinking alcohol, using diet pills to make their weight requirements, exercising poor judgment, losing their composure, and…demonstrating excessive compassion for criminals.”  The censors insisted any reference to wiretapping be omitted.

I watched episodes of the television drama while in my final year of high school and during my freshman year of college, and swallowed whole the idealized image of the FBI. But in the years since 1970 when I began my career as a professional journalist, I have cast a skeptical eye on all kinds of institutional glorification. I now know that much of the FBI story I bought qualified as… bullshit.

In this book, Cecil spells out how Americans were sold an image of an FBI beyond reproach. It’s not only a solid, fascinating work of history, it’s a cautionary tale against current and future attempts to mold public opinion about government actions in the face of inconvenient facts.

Steve Weinberg is author of numerous books, served as Executive Director of the association Investigative Reporters and Editors, and is an expert on wrongful convictions.