Journalism in Mexico — The Violent Repression of Expression

Every 12 hours a journalist is assaulted in Mexico, a country that has become the most dangerous in the world for those in the media — even more dangerous now than for journalists working in war zones.

Just this summer four Mexican journalists were killed, including a radio broadcaster who was gunned down in late August in Veracruz, Mexico, after receiving a threat from a police official. Since 1996, some 133 Mexican journalists have been killed, more than half of them in the past five years, according to UNESCO.

And with journalists often targeted for investigating the nexus of organized crime and official corruption, it’s no wonder few of those responsible are ever brought to justice.

Parra started in radio when she was 16 years old and quickly saw the good her work could offer her community of Los Mochis in Sinaloa, Mexico.

“There was no trust in the authorities,” Parra said. “My only weapon, my only element, was the radio.”

Parra encouraged citizens to come forward with information about corruption, violence, and crime, which she would investigate and present to nongovernmental and human rights organizations. “I had a citizen complaints program, and through this, people spoke to me,” Parra said.

However, her investigations came with a fair share of threats and risks. One took a terrifying turn in 2009, when she was kidnapped and nearly murdered by a branch of Joaquín “El Chapo” Guzmán’s Sinaloa Cartel for exposing threats to doctors at a local hospital.

“My life was at risk,” Parra told Deutsche Welle in a video interview a few years later. When one of her captors asked if she had a last wish, Parra said, “God bless you — you’re turning my daughters into orphans.” Somehow her kidnappers were moved by her words, and they freed her on the condition she wouldn’t reveal their identities or press charges.

Undaunted, Parra continues her work investigating corruption, crime, and violence and now has 30 years of reporting experience. She’s certainly not pursuing journalism for the money. “The passion that I managed to obtain for this profession,” she said, “the satisfaction is more personal, more social than in terms of pay.”

Earlier this year, the Congress of Sinaloa granted Parra the Dr. Norma Corona Sapién medal of honor for promoting and defending human rights. Corona Sapién, former president of Sinaloa’s independent Human Rights Commission (CNDH), was slain in 1990 and is considered the mother of contemporary activism in Mexico.

Then there’s the case of Lydia Cacho, whose 2005 abduction and torture have recently returned to high-profile headlines. Cacho is one of Mexico’s most famous investigative journalists.

In 2005, Cacho published The Demons of Eden: The Power That Protects Child Pornography, a book in which she denounced the existence of a network of child sexual exploitation that involved Mexican businessmen and politicians. In December of that year, Cacho was arrested in Cancun, Mexico, by agents of the Puebla state prosecutor’s office on charges of defamation and slander. Cacho was later transferred to Puebla — a 20-hour journey — at gunpoint while her captors put a gun in her mouth and threatened to rape her. She was imprisoned for a short time and further abused before being released on bail. Charges against her were later dropped. 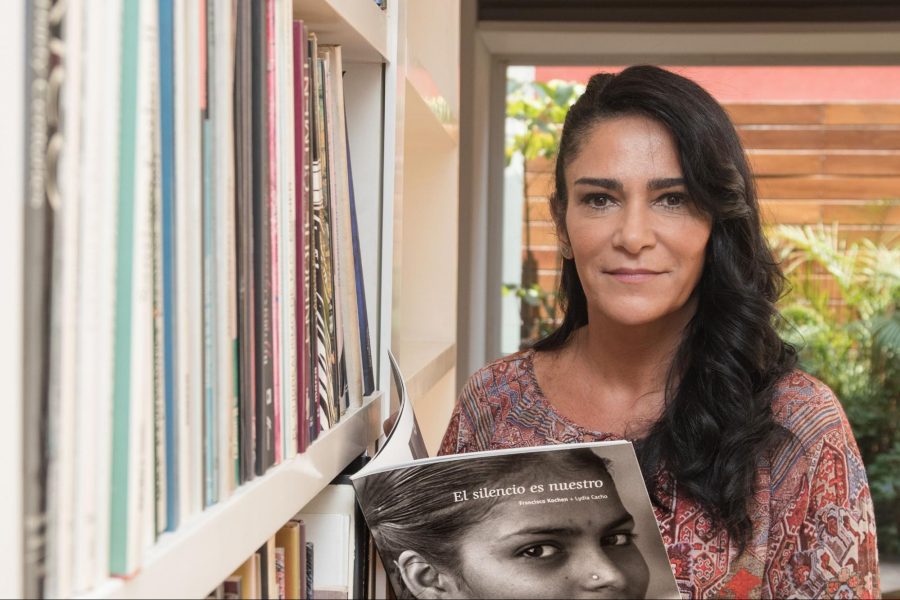 The following year, recordings emerged of telephone conversations between a businessman, Kamel Nacif Borge, and the governor of Puebla at the time, Mario Marín. In the phone calls, the two men discuss putting Cacho in jail and having her beaten and abused to silence her. Cacho took the case to the Supreme Court of Justice of the Nation (SCJN) and became the first woman to testify there.

In a devastating setback, however, her case was dismissed when the SCJN ruled that Marín did not violate Cacho’s rights. Since the Court’s ruling, Cacho was, and still is, subject to threats and attacks and has had to flee Mexico on several occasions for her safety. As recently as two years ago, her home was broken into, her two dogs were killed, and her laptop and recordings were stolen.

“I don’t scare easily,” a defiant Cacho told The Guardian during one of her self-imposed exiles in London, while vowing to return. “I like my country. [In Mexico] really good journalists are so badly needed. It’s important. I want to be there to see the change.”

Only after the United Nations Human Rights Committee condemned Mexico over Cacho’s arrest and torture did the federal government issue a public apology. That was in January 2019. Two months later, a Quintana Roo state judge issued an arrest warrant against Marín and Nacif. Marín was arrested in Acapulco in February of this year, and Nacif was detained in Lebanon in May — 16 years after Cacho’s ordeal.

But as she continued seeking justice, the Third Collegiate Court of Quintana Roo delivered a major blow in July when it dismissed all charges against Nacif and rendered the arrest warrant invalid.

In a tweet, Cacho denounced the ruling, accusing the judge and the judge’s brother, a high-ranking government official, of corruption. “A judge working in the service of an international child trafficking network used a lie to dismiss a trial we were already winning in the international arena,” she wrote.

The Fight for Journalistic Safety

Parra and Cacho are just two of countless Mexican journalists who have suffered physical and mental abuse simply for doing their jobs. But what is the country doing about it? Mexico does have a federal agency responsible for providing measures such as security cameras, bulletproof vests, and bodyguards for journalists and human rights defenders. It has proven somewhat effective but largely inefficient because of limited resources. In one of his morning press conferences, President Andrés Manuel López Obrador recently acknowledged that the agency is not that effective and ordered it to be reviewed. 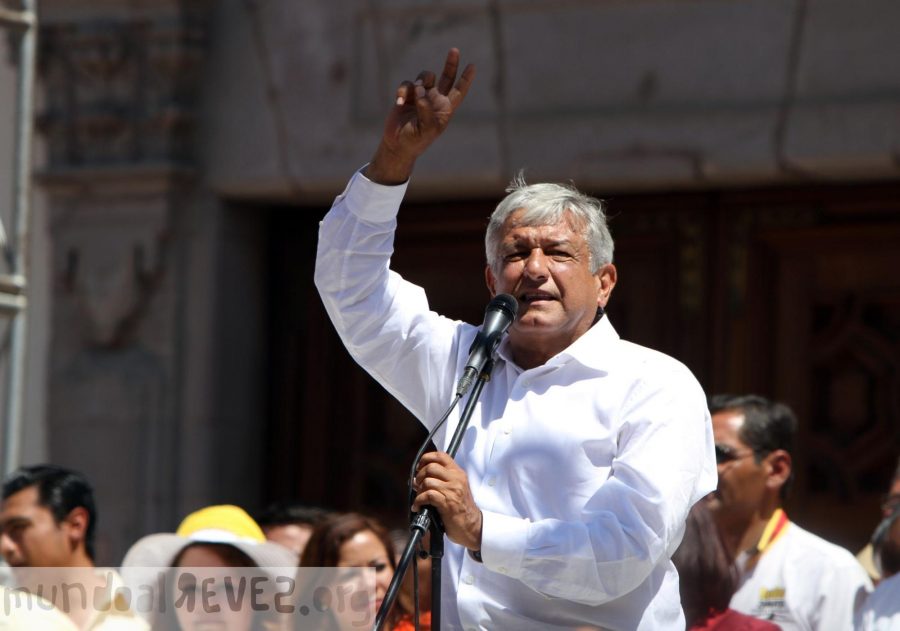 At the same time, López Obrador has been widely criticized for his frequent verbal attacks on the media.

“What has happened with this new government [López Obrador was elected in late 2018] is that there is a greater intolerance of criticism, dissent, and critical journalism,” said Saucedo. “When it’s the heads of the state, either at a federal or more local level, who directly stigmatize, criticize, and attack the press, in a country where a journalist is attacked every 13 hours, the only thing this achieves is more risk that other journalists are attacked.”

Amid this disturbing reality, how do journalists protect themselves? Saucedo said generating and strengthening support networks among journalists has helped. “You increase the political cost of attacking a journalist — it’s the idea that if you attack one, you attack all.”

Journalists also take additional security measures, such as two-step authentication on their social media accounts and communicating only through encrypted emails and phone calls. Saucedo also mentioned that, much to her satisfaction, she has seen more journalists take measures to manage their stress, fatigue, and other adverse psychological effects brought on by their work.

When asked about the obstacles she faces every day in her work with Article 19, Saucedo said the biggest one is dealing with expectations. “In the end we are a civil society organization — we are not the state. We do not have the resources or the tools that the state has,” Saucedo explained. “In the absence of a state that guarantees security and integrity and is also the direct perpetrator or the most directly responsible for violence against the press, it’s a challenge because many times you make demands on the state, which is the same state that violates the press.”

Saucedo asks people to imagine a world without journalists. “There would be so many stories that without journalists we would not find out,” she said. “Recognize the essential work that the press has for democracy. Debate the press and criticize it, observe it, but do not attack it. Because if we attack the press, in the end we are also violating everyone’s right to information.”