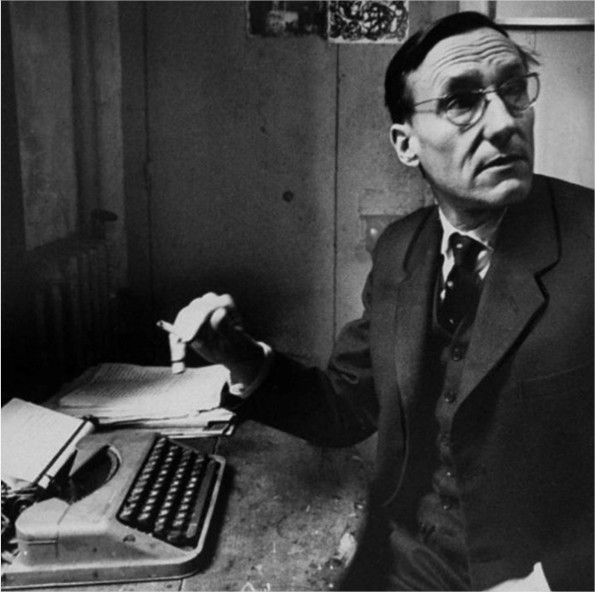 This is the fourth in our series of quotes by leading writers of the Counterculture. Be sure to read our earlier collections from Abbie Hoffman, Hunter S. Thompson, and Ken Kesey.

After one look at this planet any visitor from outer space would say ‘I want to see the manager.’

Never do business with a religious son-of-a-bitch. His word ain’t worth a shit — not with the Good Lord telling him how to fuck you on the deal.

And if you’re doing a deal with a religious son of a bitch, get it in writing.

The American upper middle-class citizen is a composite of negatives. He is largely delineated by what he is not.

Every man has inside himself a parasitic being who is acting not at all to his advantage.

You are a Shit Spotter. It’s satisfying work. … We have observed that most of the trouble in the world has been caused by ten to twenty percent of folks who can’t mind their own business, because they have no business of their own to mind, any more than a smallpox virus. Now your virus is an obligate cellular parasite and my contention is that evil is quite literally a virus parasite occupying a certain brain area… The mark of a basic shit is that he has to be right.

Modern man has lost the option of silence. Try halting sub-vocal speech. Try to achieve even ten seconds of inner silence. You will encounter a resisting organism that forces you to talk. That organism is the word.

A writer does not own words any more than a painter owns colors. So let’s dispense with this originality fetish… Look, listen and transcribe and forget about being original.

I know this one pusher walks around humming a tune and everybody he passes takes it up. He is so grey and spectral and anonymous they don’t see him and think it is their own mind humming the tune.

I had the feeling that some horrible image was just beyond the field of vision, moving, as I turned my head, so that I never quite saw it.

Your mind will answer most questions if you learn to relax and wait for the answer.

There couldn’t be a society of people who didn’t dream. They’d be dead in two weeks.

The way to kill a man or a nation is to cut off his dreams, the way the whites are taking care of the Indians: killing their dreams, their magic, their familiar spirits.

The dream is a spontaneous happening and therefore dangerous to a control system set-up by the non-dreamers.

When you cut into the present, the future leaks out. William S. Burroughs is best known for his book Naked Lunch.  His works also include: Queer, Junky, The Soft Machine, The Wild Boys, The Ticket That Exploded, Cities of the Red Night, The Place of Dead Roads, The Western Lands, and more.  Please see his page at Amazon.