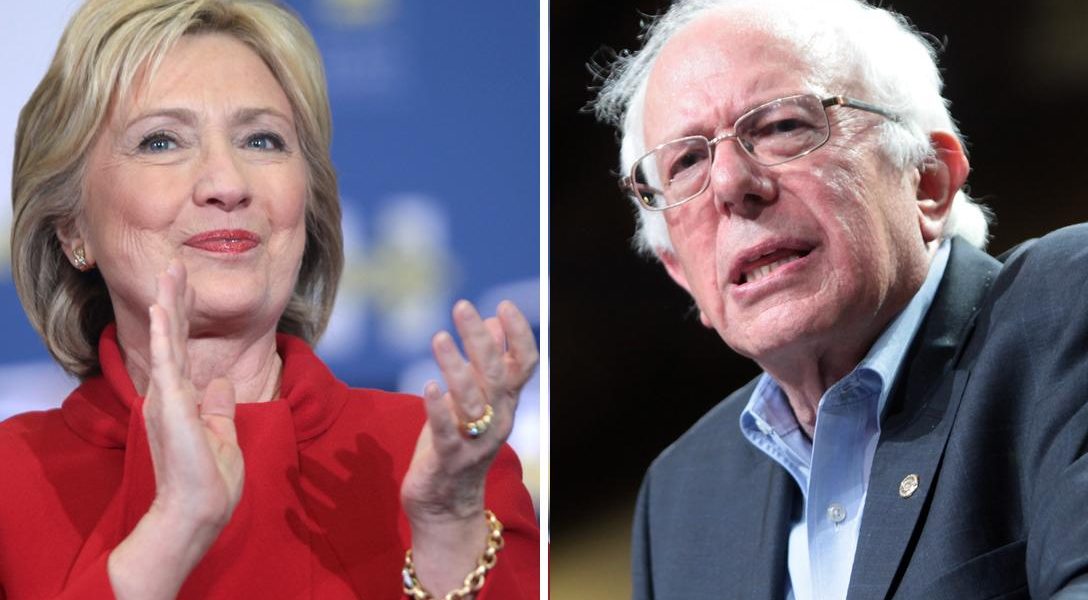 Last week, we published evidence that the Clinton campaign and the media were determined to suppress Bernie Sanders’s civil rights credentials to prevent him from gaining traction with Clinton’s strongest base: African-American voters.

It gets worse, judging from today’s New York Times.

Anyone looking at the Times headlines can see that the paper is not embarrassed to act like a butcher with his thumb on the scale.

When I checked in online, here are the headlines I saw: First, we learned that “Cruz Keeps Up the Pressure on Trump.”

The second most prominent headline said “Decisive Win for Clinton in Louisiana.”

The third most prominent headline had Bernie Sanders plaintively saying “Don’t Write Us Off” — which, coupled with the other headlines, suggest that….we should.

But let’s look at what the fine print actually shows:

Yet, one of the “big wins” the Times counts for Cruz is Kansas — the state where Sanders also won (and by a larger margin than did Cruz) apparently does not matter. So we see the same establishment bias against Sanders directed at Trump as well.

But the effort to undermine Sanders is that much more striking, since Trump and his behavior make him a “special case.”

To be sure, Clinton increased her lead in the delegate race Saturday, but Louisiana is part of Clinton’s well-advertised core of southern states where African American voters, her declared advantage, dominate the Democratic vote. And she’s running out of Southern states.

On the other hand, Nebraska and Kansas are traditional heartland states, mostly white — and voters clearly preferred Sanders.

Once you take into account our reporting on how the Clinton campaign and the media suppressed crucial information about Sanders’s more impressive civil rights record  — and how that suppression has kept Clinton in Clover with black voters — you see how weak she really is.

Moreover, Iowa has barely more population than Kansas, and Iowa was worked to death by the candidates (and Hillary with a far more experienced team) in a froth of media coverage, while Kansas was just one of many states in play at the same time.

So you could argue that Kansas is a more meaningful representation of what the majority of voters, in particular those who have received more information on the candidates, think.

Many African American voters have told journalists they know little about Sanders — but would like to know more.

And when you add in the deliberate effort to prevent black voters from learning that in the early 60s Sanders was getting arrested in civil rights protests — while Clinton was campaigning for the arch-conservative Barry Goldwater — you have what looks like a concerted effort to keep everyone from figuring out Sanders’s real, authentic appeal, across the board.

The Times must have a mandate to hew to the center and therefore understands that Bernie Sanders’s and Donald Trump’s remarkable candidacies need to be stopped at all costs.

Experiencing the Times’ relentless barrage of ads from America’s luxury brands, it is not hard to see who butters its bread.

In no way is this responsible journalism. The Times’ editors know that consistently underplaying a campaign that is almost entirely built by public enthusiasm and huge numbers of small donations is a sure formula for destroying Sanders’s momentum — given how much the rest of the media follow the Times’ lead.

Will this work? We shall see.