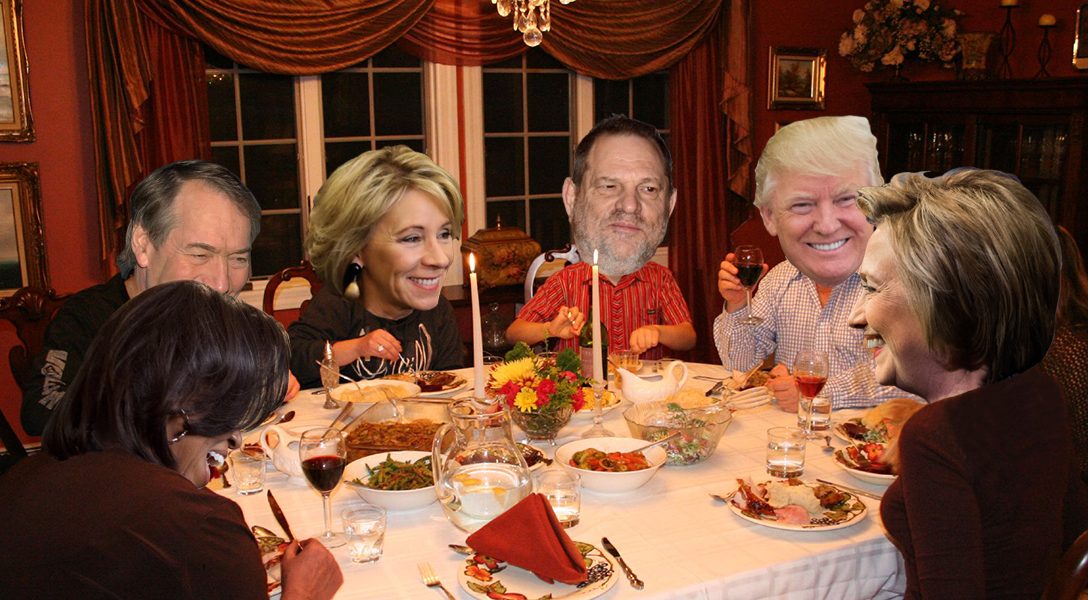 With the country deeply divided along partisan lines, this week saw a lot of stories encouraging Americans to avoid politics at the Thanksgiving dinner table.

A Reuters poll showed that nearly one-third of respondents will steer clear of the topic. Fox News has a handy guide on how to keep liberal and conservative family members from fighting, and the Washington Post says that data from 10 million cellphones shows that “politics really is ruining Thanksgiving.”

As our readers know, we here at WhoWhatWhy like to challenge the common wisdom, which all too often is not so wise at all. While it is rare that the Post and Fox News agree on something, we think that they are both wrong in this case.

Americans should talk about politics at their Thanksgiving dinners, even if things get a bit uncomfortable. One of the real problems the country faces right now is that the beliefs of people are no longer challenged.

As we demonstrated in an extraordinary experiment earlier this year, all too many Americans are living in news bubbles that prevent them from ever seeing the whole picture. Increasingly, they are seeing the world in black and white.

The media is partially to blame for this. However, Americans themselves are also culpable, for weeding out dissenting voices from their social media pages and for not seeking out alternative viewpoints.

That’s why political discussions during Thanksgiving dinners are important because, chances are that opinions will be challenged. And if some family members keep an open mind about what they hear from the “other” side, then having such debates may help bridge the political, generational and ideological rifts just a little.

This being said, it’s important to keep the discussions civil so that people get to enjoy some time with family and friends.

In that spirit, all of us at WhoWhatWhy wish you and yours a happy Thanksgiving. Our readers are certainly high on the list of what we are thankful for.