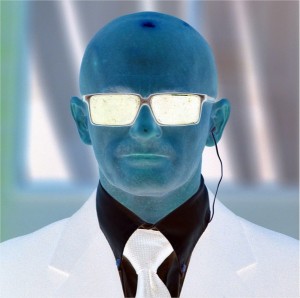 Lazy and imitative journalists and academics like to bandy around the term “conspiracy theory.” It is a one-size-fits-all putdown. But those who are unafraid of the real world know that conspiracies happen, and not only on House of Cards.

Conspiracies are prosecuted every day in courthouses throughout the land. As for outfits like the FBI and the CIA, journalism’s job is to continuously forget all the abuses and outright illegalities perpetrated over the years by these institutions, and to treat their claims with respect and trust.

The use of “conspiracy theory” is highly selective. When powerless people say that the CIA is doing something like illegally entering others’ computers, they are conspiracy theorists. But when Senator Dianne Feinstein, chair of the Senate Intelligence Committee, says it, she’s…well, a senator condemning an illegal act by the Central Intelligence Agency.

Sometime back, we ran a piece here in response to an op-ed in the New York Times that poked fun at those of us who don’t trust everything the authorities say about the Boston Marathon bombing. (We’ve had a few more things to say on that subject, such as this and this.)

Now, we’re pleased to present a little graphic that our friends at SwayWhat put together to illustrate a point: 63 percent of Americans believe at least one thing that someone else has labeled a “conspiracy theory.” The question always is, who’s doing the labeling? Anything involving more than one person committing a crime and conspiring in secret to do it is a conspiracy. Therefore, anyone who posits that 19 hijackers were behind the 9/11 attack is in fact a “conspiracy theorist.”

Of course, what exercises The New York Times most is when ordinary citizens smell a conspiracy in some kind of governmental cover-up which the mainstream media has failed to explore. Despite evidence of previous U.S. government involvement in conspiracies and cover-ups galore (from Watergate to Iran-Contra), the mainstream media is predictably shocked when someone suggests it might be happening again.

But when you thin about it, it’s brilliant. Once you convince people that anyone who mentions a conspiracy is a nut, you can get away with the most egregious crap — often right in public. For example, the Koch Brothers and their co-conspirators held a well-publicized meeting recently in Palm Springs to plot the next step in their ongoing billionaires’ coup. While the meeting was well-publicized, the attendees and agenda — not to mention decisions — were secret. This is a conspiracy pure and simple, but if you were to suggest that certain things happening in the country were conspiracies, you’d be shouted down.

relieves many people from the responsibility of thinking

Most of the morons who think conspiracies are fallacious lack any real powers of critical analysis.

Exactly! I figure that I’m in good company when I insist on “facts” agreeing with and supporting one another in any given “story”.

I think stolen elections, 9/11, the anthrax attacks, and even Sandy Hook and other school shootings should be looked into. False flag terrorism is an age old tactic and we should be aware of things like Operation Gladio and the Strategy of Tension employed by those in power.

“When powerless people say that the CIA is doing something like illegally entering others’ computers, they are conspiracy theorists. But when Senator Dianne Feinstein, chair of the Senate Intelligence Committee, says it, she’s…well, a senator condemning an illegal act by the Central Intelligence Agency.”

Perhaps the difference is… evidence?

No. The difference is, the common, ignorant masses wont believe “evidence” until it is spoken to them via their television set by someone they either like or have no bad opinion of. The evidence exists long before these people spout it to your ears.

I just watched House of Cards and was looking to see if anybody (Russ) dignified the series with mentioning any of the parallels between Frank Underwood taking down President Walker and Bush Sr’s maneuverings beneath Nixon.

When Calvin and Hobbes conspire to lure Susie to pass a tree where they can hide so they can pelt her with snowballs, that is a conspiracy, not a theory, but a fact.

Does there need be a formal agreement? Conspire means to “breathe together.” Perhaps it means only to be like minded; in that case political parties are conspiracies.