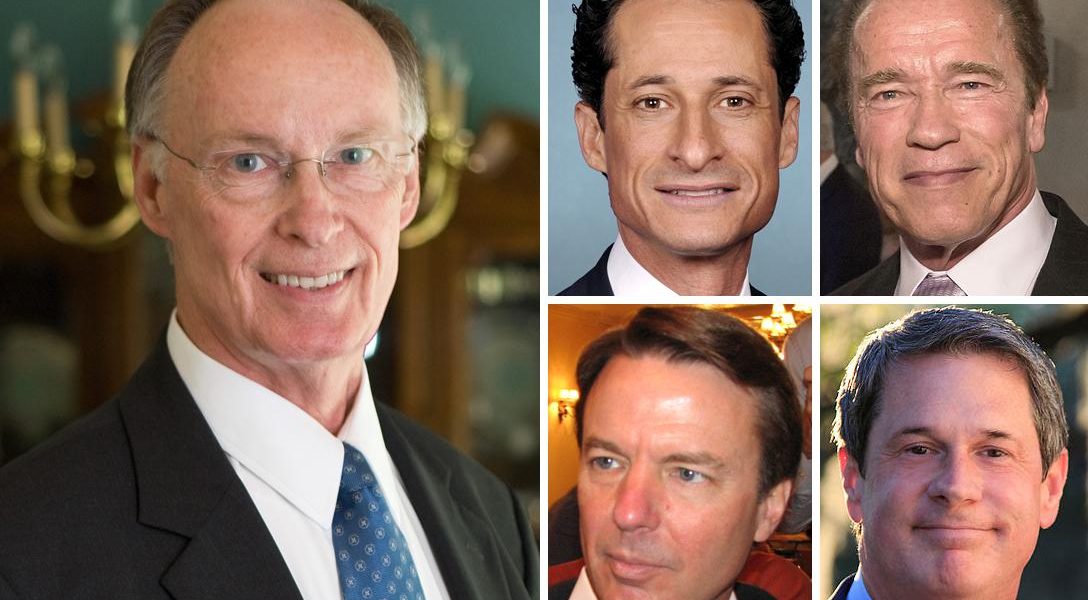 Governor’s Infidelity Might Be the Best Thing About Him

Political sex scandals explode with numbing regularity. Sometimes, it’s a Democrat, sometimes a Republican. Sometimes it’s a congressman or mayor, sometimes it is a president or presidential contender.

Well, here we are again, faced with yet another politician sunk — or at least wounded — by his libido.

This time it is Robert Bentley, the pious Republican Governor of Alabama, who, notwithstanding weak half-denials, is widely believed to have carried on an affair with Rebekah Caldwell Mason, a powerful top aide, while both were married.

The Associated Press obtained recordings made by someone — perhaps within his own home — of the two on the phone.

“When I stand behind you and put my arms around you and I put my hands on your breasts …,” Bentley is heard saying on the tape. “If we’re going to do what we did the other day, we’re going to have to start locking the door.”

Let’s be frank, folks. Given Alabama’s history of racial violence, wrapping one’s hands around anything below someone’s neck is one of the more benign activities for that state.

Despite the comparative banality of the transgression, the revelation of gubernatorial shenanigans has caused a sensation. When I last checked in on this fast-evolving saga, Bentley’s fellow Republicans in the state legislature were turning on him. State Rep. Ed Henry, R-Hartselle, announced that he is preparing an impeachment process, because of “incompetence and moral turpitude.”

Yet the Bentley scandal is worth more than a snicker for one reason, and one reason only: He was elected, and popular, primarily because he looked and acted like the quintessential church deacon, which, in fact, he was.

Here’s the irony: if Bentley had not presented himself as sanctimonious and squeaky clean, he probably would never have become governor in the first place. Why? Because voters tend to vote for people based on notions like “Would I like to have them babysit my kid?” or “Would I like to have a beer with the guy?”

Anything beyond that is apparently asking too much. All too many voters cannot be bothered with paying attention, between football games and barbecues, to what the people they elect actually do — all that boring stuff like drafting and passing laws.

Which raises the question: What does it say about American democracy that so many people seem interested in politicians only when they do something sexually scandalous?

Ultimately, this is less about the defects of politicians than about what we see when we look in the mirror. Are we simply too lazy to pay attention to anything more complex in our civic life than a cheap morality tale?

Worse, we fall into a trap. Too often, political sex scandals are the engineered creation of those with House of Cards-like ulterior motives, because, well, sex captures clicks and eyeballs, and they’re the surest way to get rid of someone who is making trouble. (For a review of some populists who angered the wealthy and powerful and ended up ousted over their private behavior, see this and this — and this.)

Politicians understand this, which is why most live in fear of being caught doing anything that even hints of salaciousness, much less getting caught in the act. It’s a syndrome that fundamentally damages our political system.

I have an idea to fix the problem:

Why don’t we all grow up?

First, let’s admit that not everyone is in a model marriage and inclined to remain faithful to one person, “for better or worse,” throughout their life. Consider the statistics: nearly 40% of American men and nearly 25% of women admit to pollsters that they have had affairs — totals that many believe to be lowballed by those not inclined to level with strangers.

We could also acknowledge that if committing adultery (even with all of the obvious repercussions and harm to family) was absolutely our politicians’ greatest failing, we would be living in a much better country. For whatever reason, we seem the last people in the Western world to come to this realization.

And, instead of wringing our hands and knocking down politicians over their private behavior, why not seek to impeach politicians who do monstrous things to the entire society — like making it possible for their corporate campaign donors to poison our children, or sending America’s young to their deaths in avoidable wars, or doing nothing about planetary survival issues such as global warming? Why does this kind of thing rouse less widespread indignation? Is wrapping oneself in a Victorian cloak enough to ward off all substantive criticism?

At the same time, we could show the media that we’re really not all that desperate for such pathetic entertainment, and that we wouldn’t mind if they did real reporting on the big issues instead.

Finally, should Governor Bentley be forced out over this matter, it would be fitting — and perhaps even make a difference — if he were to choose to lead a movement to focus on what really matters.