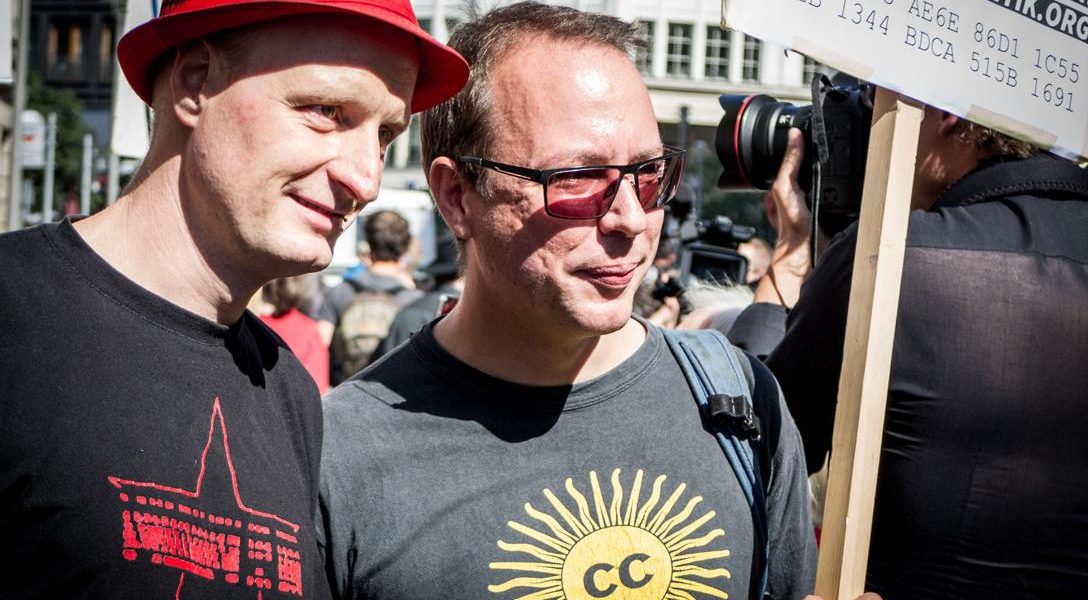 Readers familiar with the US government’s aggressive pursuit of journalist Barrett Brown (see WhoWhatWhy’s coverage here) will find this of interest: Germany’s top prosecutor has been canned over his move to investigate whether two bloggers committed treason by publishing confidential documents.

The prosecutor, Harald Range — who idly stood by when it was revealed that the US National Security Agency had systematically spied on Germany and even listened in on phone calls of Chancellor Angela Merkel — chose to direct his attention to the operators of netzpolitik.org. The two bloggers, Andre Meister and Markus Beckedahl, had published documents showing that Germany was planning to step up domestic Internet surveillance.

That move backfired quickly after Germans took to the street to protest his action as an infringement of press freedom. German politicians, sensing that public opinion was squarely behind the bloggers, reacted quickly. Many of them, including Merkel, expressed support for netzpolitk.org and questioned whether publishing the documents online represented a revelation of “state secrets” – the legal prerequisite for bringing a charge of treason.

When Range publicly lamented that Merkel’s government was interfering with his investigation, the Justice Minister, Heiko Mass, acted quickly. He interrupted his vacation Tuesday and rushed to Berlin, where he asked German President Joachim Gauck to send Range into early retirement.

The subject of free speech and government surveillance is particularly sensitive in Germany. Both the Nazis and the East German secret police (known as the Stasi) curbed freedom of speech and restricted the press, while building vast surveillance networks that resulted in family members and neighbors spying on one another.

This history is one more reason Germans are unhappy with their government’s inaction after documents provided by Edward Snowden revealed that the NSA is systematically spying on their country.

The government’s swift decision to sack Range in the wake of street protests seems designed to defuse the issue before the demonstrations can turn into a full-fledged anti-Establishment movement. The German protests — and the government’s response — stand in stark contrast to the United States, where the response to ongoing revelations and crackdowns on crusading journalists has been comparatively muted.