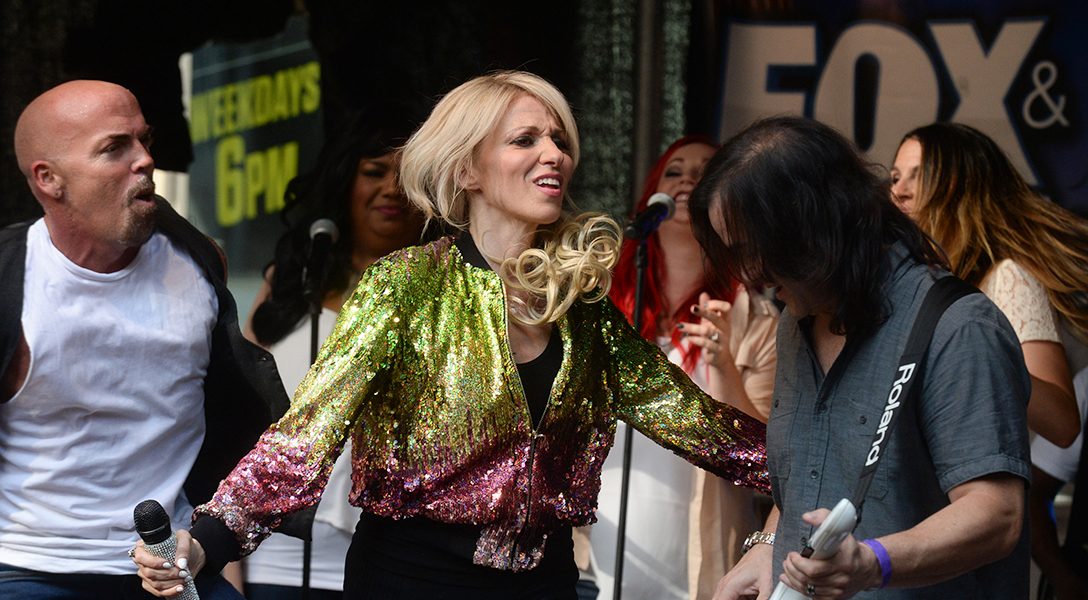 Fox News Has a Curious Definition of ‘All-American’

For the past few summers, Fox News has entertained its viewers with an “All-American Summer Concert Series.” The name implies that all Americans are represented in the musical lineup — or at least all of the things that Americans hold dear. However, a look at the performers demonstrates that, to Fox News, “all-American” means “white.” Very lily-white.

WhoWhatWhy analyzed the lineups of the concert series from 2016 to 2019 and a pattern quickly emerged: Year after year, the overwhelming majority of performers are white — and in no way represent the demographics of the US or the variety of music appreciated by Americans.

This year, according to the Fox News All-American Concert Series website, the lineup is about as diverse as an episode of Hee Haw, the country music variety show from the 1970s.

In May, Fox announced that Kool & the Gang, the legendary R&B group that lit up so many disco floors in the 1970s, had been scheduled as the only majority African American act. However, the band did not make the final lineup. A spokesman for Pyramid Entertainment Group, which handles bookings for Kool & The Gang, said they had a “scheduling conflict” with their original play date on the All-American Summer Concert series and had to pull out.

This year’s lineup did feature Newsboys, a Christian rock band from Australia, which features one band member who is black. That’s about it for people of color represented during the 14-week series.

So does the concert series represent how Fox News sees the US?

Bobby Lewis, a researcher at Media Matters for America, says the lineup of white performers is indicative of the network’s entire programming.

“Fox is often big on ‘American’ themes, and that skews very heavily toward concepts of whiteness,” Lewis, whose work for the progressive nonprofit organization focuses on Fox News and its morning show Fox & Friends, told WhoWhatWhy. “A lot of Fox & Friends feels almost like a caricature of small town America, and how they see the country as a whole, and that doesn’t leave a lot of room for diversity.”

In previous years, the concert series has not been any more diverse in its performers. This year’s concert series, which ended last week, is being broadcast just as Fox News courts another controversy: the decision by the National Association of Hispanic Journalists (NAHJ) to cut its ties to Fox News and to give back the network’s donation to the Excellence in Journalism Conference, co-sponsored by NAHJ and two other journalism groups.

The association was particularly incensed by Fox News Radio host Todd Starnes’s comments about Latino immigrants, including that America had “suffered” from the “invasion of a rampaging horde of illegal aliens,” that they are violent criminals, and that immigrants at the border are like invading Nazis. “As a journalism organization, championing the fair and accurate treatment of Hispanics, Latinos in newsrooms and news coverage — we cannot allow others to ‘shelf’ lies under the pretext of exercising their First Amendment right,” Hugo Balta, president of NAHJ, wrote in an August 22 letter sent to Fox.

“It is the irresponsible use of words that we’ve seen this past year, like ‘army’ and ‘invasion,’ that quickly turn from biased opinion into policy that criminalizes a community and broadens the national divide incited by the President’s incessant negative rhetoric,” Balta declared. “The line between commentary and journalism was crossed long ago by Fox News and is no longer even in sight.”

Fox News had been invited to become a sponsor for NAHJ at the Excellence In Journalism conference in San Antonio next month.

No Latinos, it should be noted, have been featured on the Fox “All-American Summer Concert Series” since 2016.

Lewis, the Media Matters researcher, said Fox has stuck to a proven formula of catering to a white audience. He told WhoWhatWhy that the show’s programming likely reflects what they presume their audience wants to see.

“Part of me supposes they know they don’t have a very diverse audience,” Lewis said. “I don’t believe that past lineups for the Summer Concert series have been any more diverse.”

Is that correct? Judge for yourself. According to Fox’s news release for the Summer Concert series in 2018, the lineup was entirely white. That included six country singers, two Christian bands, three rockers, and singers Phillip Phillips and Scott Stapp.

Many of those same performers from 2019 and 2018 were included in the 2017 lineup. Of 11 performers ranging from country singers to rockers, this lineup, as in 2018, was entirely made up of white performers. In 2017, the series did feature a rapper — but it was Vanilla Ice, who is white.

A Fox spokesman told WhoWhatWhy that the lineup was not intended to focus mainly on country musicians, and that the station was proud of the diverse lineup of this summer’s shows, from acts that first became popular in the 1970s, like the Charlie Daniels Band, to younger performers. Fox added that the network was proud of the Summer Concert Series and the strong entertainment value it offers audiences.

However, Fox did not respond to a follow-up question about the Summer Concert Series, in which WhoWhatWhy noted that the series overwhelmingly features white performers.

“In the opinion of Fox News, does ‘All-American’ mean ‘white’?” WhoWhatWhy asked in an email to the network. “If not, then why are almost all of the performers white in spite of America’s rich musical tradition that was often spearheaded by people of color? What does the decision-making process look like for selecting the performers?”

Lewis noted that the term “All-American” may mean something very different on Fox & Friends than it does elsewhere.

“A lot of people, when they just think of ‘All-American,’ they might think of a clean-cut white family, husband’s got a good job, mom’s got a good job, a couple of kids — good old apple pie and baseball stuff, looping back to that caricatured 1950s America,” Lewis said. Racial diversity may not fit into the image, he added.

Lewis also noted that the show’s country music lineup was no surprise, either.

“It sounded perfectly typical for Fox & Friends,” Lewis said of their country performers. “It was exactly what I had expected. The show and the network have kind of a close relationship with country music personalities. …. I think that they have this understanding that country music ‘represents’ the Fox audience.”

If so, that attitude may be overlooking the influence and contributions of African American musicians on country music. Though it is often overlooked, there’s enough of a connection that in March 2018, Smithsonian Folkways issued a collection called Black Cowboys. Many of those African American blues singers who had an influence on the development of country music were performing in the 1920s and earlier.

How Roger Ailes Broke the News

Is the network missing an opportunity by not scheduling a more racially diverse lineup of talent? Studies indicate that African Americans watch more television per week than the average white, non-Hispanic household. Lewis believes Fox is definitely missing the bigger picture here.

“That could be an opportunity for them to expand their audience, but I don’t think this is about expanding their audience,” he said. “I think it’s about reinforcing the relationship between Fox and its audience.”

Pascal Archimede is the author of Black American History, from Plantations to Rap Culture, a book published in 2018 that explores the role music has played throughout African American history in the United States.

Archimede told WhoWhatWhy it’s important to keep in mind that, while audiences today embrace diverse music on television, this wasn’t always the case.

He believes programs like the Summer Concert series on Fox & Friends are missing out by not embracing a more diverse lineup.

“It’s important to have black music visible on the media,” Archimede said. “Music should go beyond the barriers. For many black artists, it’s a way for them to express their own vision of the American dream, like starting from nothing and getting to the top of the charts.”