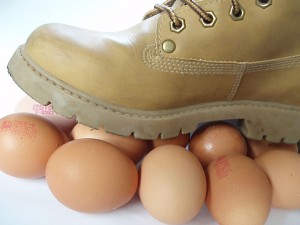 A recent Washington Post article reported on the not-so-coincidental timing of campaign contributions from corporate interests with votes on legislation affecting those interests. As thoughtful folks might say, “well DUH.” Who can be surprised by this?

Certainly, the daily corruption of Congress must be covered, and I’m glad to see the Post writing:

Numerous times this year, members of Congress have held fundraisers and collected big checks while they are taking critical steps to write new laws, despite warnings that such actions could create ethics problems. The campaign donations often came from contributors with major stakes riding on the lawmakers’ actions.

For three weeks in June, for instance, the members of a joint House and Senate committee worked to draft final rules for regulating the financial industry in the wake of its 2008 meltdown. During that time, the 35 members of the drafting committee collected $440,000 in donations from that same industry, which was then lobbying heavily for looser rules.

…..Members of Congress contacted for this article declined to answer questions about ethics rules and the possible appearance of impropriety. Instead, they stressed that their votes can’t be bought.

Well, of course their votes can be bought. In the current system of financing campaigns, how can anyone who does not line up enough interested parties get elected-and re-elected? The problem, to some extent, is that everyone treats this fundamentally corrupt system as a kind of “naughty-naughty” when it goes to the very heart of whether we live in a democracy. Take this:

But ethics watchdogs complain that, in a race for money to help them win reelection, lawmakers routinely ignore congressional ethics rules that urge them to avoid fundraising around the same time that they are making key lawmaking decisions. The rules say that such sensitive timing could give the appearance that donors are improperly influencing decisions. [emphasis added]

….”Citizens generally feel this kind of thing falls between the bookends of ‘icky’ and ‘bribery,’ ” said David Levinthal, a spokesman for the Center for Responsive Politics, which charts campaign donations and special interest influence. “It makes people wonder: Is the donor making the donation because they are trying to get a particular legislative action? Or is the member soliciting the donation because they feel they have a whole bunch of special interests over a barrel at that moment and can profit from that?”

Notice the careful language. After so many years of journalists reporting this way, and running these kinds of walking-on-eggshells quotes, aren’t we all tired of politely banging our heads on the wall?  Clearly, we need some fresh thinking and an infusion of what our Spanish-speaking friends call cojones (or the female equivalent.) in our press corps.