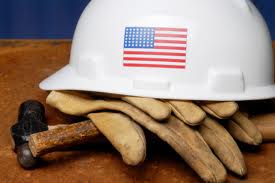 Covering The Assault On Working People A common theme runs through a variety of news stories: there isn’t enough money around, and so working people must take a hit. But is that really the only solution? First, let’s look at the stories. There’s growing talk of letting state governments declare bankruptcy so they can get out of paying pension benefits to retired state workers. As The New York Times put it:

Policymakers are working behind the scenes to come up with a way to let states declare bankruptcy and get out from under crushing debts, including the pensions they have promised to retired public workers.

The article does not really get into why this is all happening, and the only real defense of not going this route is from—surprise, surprise, a union leader, making it sound like this defense is of only parochial interest:

Still, discussions about something as far-reaching as bankruptcy could give governors and others more leverage in bargaining with unionized public workers.

“They are readying a massive assault on us,” said Charles M. Loveless, legislative director of the American Federation of State, County and Municipal Employees. “We’re taking this very seriously.”

It also does not interview anyone who would point out that retirees who have less, spend less, meaning less “recovery.” In that sense, it is typical media narrative compartmentalization. Meanwhile, it notes, only very briefly, and so it is easy to miss, the crux of what is going on here:

Discussion of a new bankruptcy option for the states appears to have taken off in November, after Mr. Gingrich gave a speech about the country’s big challenges, including government debt and an uncompetitive labor market.

Thus, it cites the consistently pro-corporate presidential hopeful Newt Gingrich, without reminding us of what constituency he represents. Also, The Times should better contextualize Gingrich’s remarks. He’s neither a direct player in this matter nor is he an expert on state and local government finances. So why quote him at all? If the point is that he initiated the whole thing, that’s a big deal—and should be the basis of a proactive line of inquiry.

Also, in quoting Gingrich, the reporter does not ask the basic question: why, or in what way is the US labor market uncompetitive? Is it because we don’t have a good enough educational system? Is it because Americans don’t make good workers? Is it because companies can get far cheaper labor in developing countries with much lower standards of living? Well, what about looking at what European countries, also faced with serious budgetary pressures, are doing while still maintaining a much higher level of retirement security? And wouldn’t it be possible to recognize that state and local pension funds have had plenty of funny business going on and need streamlining without assuming that the entire system needs to be tanked?

On the topic of doing something about those who have no jobs, there are lots of articles about “job creation” where a careful reporter could really question the terminology—and, as importantly, the assumptions. Example, in an article about Obama bringing in JPMorgan Chase executive William Daley as his chief of staff, headlined “Obama Sends Pro-Business Signal With Adviser Choice,” the New York Times writes:

President Obama, sending another strong signal that he intends to make the White House more business-friendly, named a high-profile corporate executive on Friday as his chief outside economic adviser, continuing his efforts to show more focus on job creation and reclaim the political center.

One wonders: how exactly did Daley himself create jobs at Morgan?

Then there are the articles about how the president wants to hear from business about which government regulations to cut back so as to create jobs.

President Obama on Tuesday ordered “a government-wide review” of federal regulations to root out those “that stifle job creation and make our economy less competitive,” but he exempted many agencies that most vex corporate America.

It’s worth noting that a lot of this talk about “job creation” is really not about that at all, but about creation of benefits to the people at the top, under the implied or assumed justification that jobs will appear magically down below as a result.

Cutting some government regulations could theoretically create jobs, and certainly do so in some cases, but doing so does not necessarily ensure that result—not by a long shot. All you have to do is look at all the companies that saw their profits soar under Bush Administration deregulation but still went ahead and cut jobs where they could. And ask any friend in business—it’s not the job of top decision-makers at corporations to create jobs. It’s to turn profits for shareholders.

Irrespective of your personal preferences on these policies, you should want reporters to report these things honestly. For example, you can find government regulation burdensome, and that would make a legitimate story, but that doesn’t mean that the burden is the same for everyone, or that the public benefit necessarily is outweighed by the inconvenience experienced by the entity being regulated.

What’s missing here is a consistent look at who is always coming out on top in these situations, plus comparisons with other countries to see how they are coping with budgetary crises.