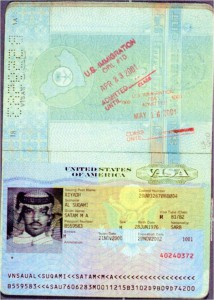 How wacky, really, are those who don’t think we’ve gotten the full story on 9/11? Consider a speech and an editorial by individuals with immaculate establishment credentials, which raise questions about what the Bush administration knew before the 9/11 attacks

See this speech by former US consular official, in which he alleges that the CIA overrode his efforts to block suspicious Saudis from coming to the US before 9/11:

Also read this article by a former New York Times reporter saying that the Bush administration had many more—and more dramatic—warnings of an imminent domestic terror attack than they have acknowledged.

(Thanks to reader Jim G. for this)