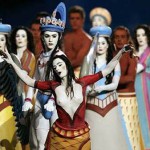 For your enjoyment, here’s a summery classic. WhoWhatWhy founder and editor Russ Baker from 2004, a light piece on Greek preparations (and procrastination) as the Athens summer Olympics approached. (And by the way, in the end, Greece came through like a dream—we’re rooting for the country now in its current financial difficulties, too.)

ATHENS — Worriers cite terrorists, construction delays, traffic chaos and other mega-problems as potential obstacles for the Summer Olympics. But if the gargantuan Athens Games go down the tubes, it might just be on account of the little things that won’t. Ladies and gentlemen, please bear with us as we address the prosaic matter of plumbing.

Greece is unlike Northern Europe, North America and Australia in many, often charming ways. That’s why it remains one of the world’s top tourist destinations. But not all of those ways are quite so endearing. For example, while most of the developed world flushes used toilet tissue, in Greece it is typically placed in a waste receptacle next to the toilet.

That unintentionally ecological approach, however, will be a surprise to many visitors, if a recent unscientific survey is any indication. Although warnings are not unknown (one restaurant posted a sign depicting a grimacing toilet and the admonition “Do not place Papper in the Toilette”), most establishments seem not to have considered this potential disaster, with just four months and counting before the opening ceremonies. That means millions and millions of ill-advised flushes, and untold consequences to Athens’s ancient pipes, which, if not as old as the Acropolis, are still badly in need of modernization. How this will play out, especially given the frequency with which Americans and other prodigal consumers already clog more modern equipment through wasteful practices, is one big unknown.

If going is a challenge, so is coming and going. The same street name can be found in multiple places in Athens, with some incarnations no more than a couple of blocks long. Don’t count on cabbies to be helpful — often they have no idea, and even if they do, very few speak another language. (On the other hand, most taxis are gleamingly new and blissfully inexpensive.) Greeks are always glad to give directions, though they pride themselves more on their willingness to help than on their willingness to admit they have no idea how to get somewhere.

Hair dryer fans might note the questionable ability of the electrical grid to handle huge numbers of gadget-happy visitors. Add to this the air-conditioning pressures of August — which, thanks to global warming, is trending even hotter and wetter than in typically unbearable summers of Athens past.

The sorts of peripheral disasters waiting to happen only compound the challenges facing the official event. Although many sporting facilities, a new airport and spacious highways have been built, a lot of effort has gone into cosmetic efforts with mainly propaganda value — exhibits, signs, depictions of the ancient games. As a result, work has been completed on fewer than half of the competition facilities, a topic of frequent discussion in the Greek media.

“Greeks are famous for procrastinating as long as possible, and then rushing frantically at the last minute,” says Costis Chlouverakis, a physician and writer. “The Olympics were announced in 1997, but they didn’t do anything for years. Of course they are not ready.”

A favorite joke circulating on the Internet shows the Greeks half-ready for the 2004 games and the Chinese already done for 2008. Even the Athens city Web site remains “under construction.”

Outside the Olympic venues, the city seems an odd mix of frenetic remodeling and indifference. A week spent walking and driving through Athens revealed the kind of chaos and lackadaisical fix-it projects that have long characterized the city. For every stylish new boîte that has opened, one sees dozens of properties where work appears to have barely begun. Many proprietors of hotels, restaurants and the like appear to have only recently realized the profit potential of 1.4 million visitors. The city hasn’t had major hotel construction in ages, though a number of large new hostelries are racing toward completion with good incentive: Prices for superior-quality rooms will average a little under $1,000 a night. The lodging mainstay, hundreds of small hotels, are busy getting face- and wallet-lifts. One little pension with tiny rooms plans to raise its rates from about $60 a night to near $300. And to handle the massive influx, the authorities plan to enlist a number of cruise ships, creating floating hotels.

Some roads appear to be getting their first rejuvenation in 150 years — unearthing past construction indiscretions. One controversy erupted when a woman noticed the words “Dearly Beloved” on unsettled paving stones. An initial visit to an excavated 5th century street in the heart of the touristic Plaka area near the Acropolis found the pavement littered with a prodigious amount of dog droppings. Five days later, these canine contributions to the city’s ambiance remained undisturbed.

Security concerns are clearly paramount, but perhaps the biggest challenge of all will be simple communication. The term “it’s all Greek to me” was coined for a reason. Many signs use only the Greek alphabet. Spoken and nodded Greek can be confusing, too, for the uninitiated. For example, the word for “yes,” ne, sounds a lot like its opposite, and the word for “no,” okhee, sounds a lot like “okay.” Lifting the head vertically, something like American culture’s affirmative nod, is their “no.”

Something like our wave goodbye is their “come here,” and what looks like “come here” is actually goodbye.

If Athens is not quite ready for the Olympics, the people of Athens certainly are — ready to evacuate, that is. Athenians, who never need much excuse to escape their overcrowded, foliage-deficient city for the beauty and tranquillity of the Greek islands, may not stick around to enjoy this latest incarnation of the quadrennial sporting spectacle that their ancestors created. “We’re all leaving a month before the Games, and returning a month after,” says Michalis Papayiannakis, a member of the European Parliament.

Well, not everyone. When authorities announced openings for 42,000 Olympics “volunteers,” 160,000 people applied — many of them Greeks. Even so, one local skeptic warned, “Check how many actually show up. Greeks are not volunteers. We have an expression, ‘You can get free cheese only in the mousetrap.’ ”

Despite all the problems, it’s too early to write off the Athens Olympics as a disaster in the making. For all their tendencies to procrastination, the worry-bead-twirling Greeks can be resourceful in a pinch. Before the World Athletic Championship in 1997, authorities envisioned a soothing display of greenery outside the airport to welcome arriving tourists. But trucked-in pine trees did not get planted; half died in the parching heat, half were apparently taken home by airport staff. With one month remaining before the event, staff frantically began sowing flowers and watering them with great diligence. What the crowds saw on their arrival was a beautiful garden that looked as though it had been there forever.