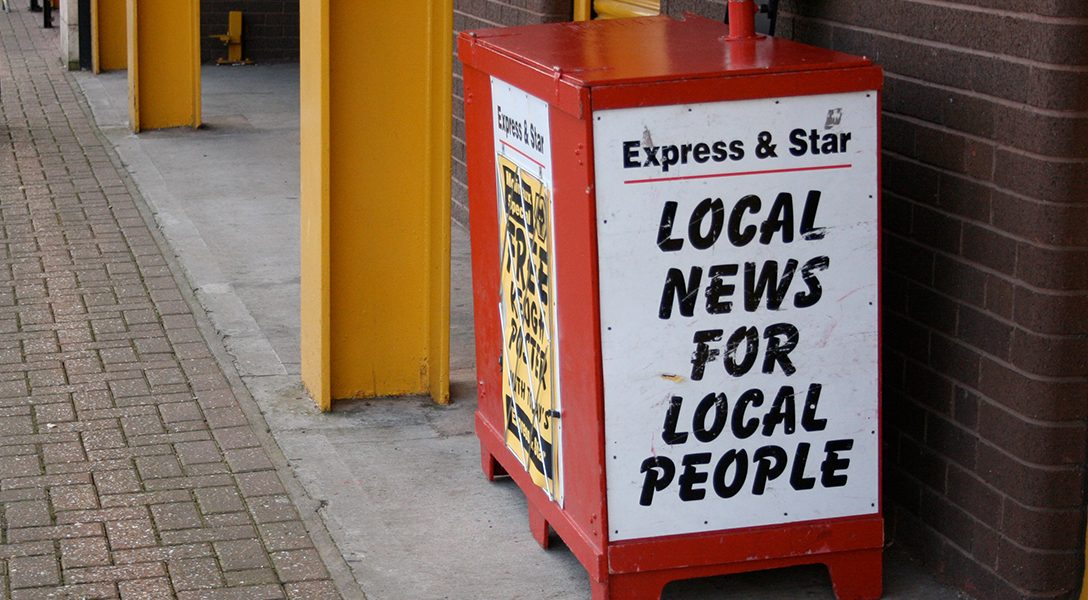 Can Local Newspapers Make a Comeback?

What do all these stories have in common?

They were all broken not by national chains but by local newspapers — the Flint Journal, the Storm Lake Times, and the Charleston Gazette-Mail, respectively. Indeed, researchers from the University of Illinois at Chicago and the University of Notre Dame have found evidence that wasteful spending by local governments increases when there is no local newspaper to hold them accountable.

And that is not the only way in which local newspapers have had an impact.

Yet despite punching far above their weight, the immediate outlook for local newspapers is grim. Nearly 1,800 newspapers closed in the United States between 2004 and 2018, leaving 200 counties with no newspapers at all, and half of US counties with just one newspaper.

Meanwhile, Alden Global Capital, a hedge fund, is buying out and “strip mining” major papers like the Denver Post and San Jose Mercury News, by laying off reporters in the pursuit of short-term profits.

In the process, they create “zombie newsrooms.” Free Press Action is a nonprofit advocacy group dedicated to ensuring that diverse voices are represented in the media.

‘We Never Know What We Don’t Know’

Things appear to be going from bad to worse. GateHouse Media, a New York–based hedge fund, recently announced its $1.4 billion merger with Gannett. Their top executives announced they had set a goal of $300 million in “cost savings” each year.

In early December, the newly merged Gannett announced it was cutting 200 jobs, with 20 percent of those job cuts hitting newsrooms. Margaret Sullivan, media columnist for the Washington Post, noted that GateHouse’s approach to its newspapers has made “Gannett look almost munificent by contrast.”

Sullivan observed that, when local coverage is lost, “We never know what we don’t know.” Corruption can thrive and local officials can’t be held to account for bad behavior.

Studies have linked the creation of “news deserts” to the rise in the cost of local government, a decrease in federal funding to localities, and a loss of a sense of community. Yet there may be some hope for beleaguered local newspapers.

The Civic Info Consortium is a nonprofit dedicated to supporting quality local journalism, media startups, and other efforts dedicated to informing people through the award of project grants.

The Consortium will get its initial funding from the sale of old New Jersey public television licenses. A collaboration of five of the state’s public colleges and universities, the Consortium will also get up to $2 million in state funding.

Rispoli emphasized the grassroots nature of the Consortium concept. “This was not designed in the New Jersey statehouse,” he said.

Not only was a broad, popular coalition needed to get the bill passed, local input shaped the writing of the bill as well.

Rispoli noted that public input sessions came up with a lot of working ideas on what types of grants the Consortium should approve once it was up and running. Those proposals included:

“I don’t think anyone has a better idea of what the solutions to the local news crisis should be than the community members affected by it,” Rispoli said.

But the program is not without its critics. The New Jersey Press Association and the New Jersey chapter of the Society of Professional Journalists have raised concerns about the potential for government funding to threaten editorial independence.

Supporters counter that the Consortium was designed with firewalls in place to prevent inordinate government influence. Rispoli cited the uncompromising journalism of Frontline, produced by the Public Broadcasting System, as a solid example of a publicly funded entity not pulling its punches when it comes to speaking truth to power.

The premise behind the Consortium is a direct challenge to the private, market-driven journalism model.

“You can’t let the market figure out what local news looks like and we need to be coming up with different types of solutions which includes public funding,” Rispoli said.

From the Top Down

Another route out of profit-driven journalism is exemplified by the Salt Lake Tribune in Utah.

In May of 2019, after years of heavy losses the Tribune decided to obtain federal approval to become a nonprofit operation. In early November, the IRS granted that approval.

Fraser Nelson, the Tribune’s vice-president of business innovation, saw the move as both practical and idealistic. “Philanthropy is historically both a way to ensure long-term revenue but also philosophically a way to ensure local ownership,” Nelson told WhoWhatWhy.

She maintained the Tribune’s conversion to a nonprofit will be a third way to get revenues through donations, both large and small. The conversion also requires the Tribune be run by a local board of directors, with the Salt Lake community eligible to make nominations. This will strengthen the ties between the Tribune and its readership, Nelson asserted.

“What [owner] Paul Huntsman is doing is extraordinary on a couple of levels. One, he is giving up his ownership of an asset. He is donating the Tribune to the community … He is truly giving the community a gift,” Nelson said.

And while some may argue that this is a unique action by a far-sighted owner, not applicable to many other newspapers, that might not necessarily be the case.

Earlier this year, legislation was introduced in Congress by Rep. Mark DeSaulnier (D-CA) that recognizes newspapers as a public good, removing hurdles that make it harder for them to convert to nonprofits. Advocates argue the Saving Local News Act would make it easier for local newspapers to focus on content rather than on profit margins, while reducing their tax burden.

Trying to See Through the Trump Fog

And that federal legislation is by no means the last word on new initiatives for reviving local newspapers:.

Supporters of the Free Press Action initiative argue that it is similar to imposing a carbon tax on polluters, then using the funds to clean up the environment. They claim they are targeting platforms that have undermined journalism and using the funds to alleviate the damage.

Indeed, Google and Facebook command an estimated 60 percent of all digital advertising revenue, siphoning off billions of dollars of advertising from newspapers. Nor are they the only culprits in the advertising revenue of newspapers dropping from $63.5 billion to $23 billion from 2000 to 2013, a 64 percent decline.

And Craigslist, the online provider of free advertising, destroyed classified ads, which had provided some newspapers with up to one-third of their revenue.

But another source of hope are the large grants being made available to both local news nonprofits and for profits. In early 2019, the Knight Foundation announced that it was earmarking $300 million toward rebuilding local news ecosystems.

$5 million of that funding will go to Report For America’s program that pairs young journalists with newsrooms that share the cost with the community to cover underreported issues.

Many other efforts to fund local news are also being launched. One is the Google News Initiative, which, too, has committed $300 million to fund local news. As part of that commitment, it recently announced $1.56 million in funding for an Oakland, California media venture. This venture is planning to launch a website, publish a newsletter, and possibly start a podcast.

Oakland is currently without its own daily paper.

So, while the short-term outlook for local newspapers remains grim, some see a light at the end of the tunnel.

“Let’s unleash the creative power of our society,” Nelson said. “I have all the confidence and optimism in the world that we will find a way forward. Many ways forward.”