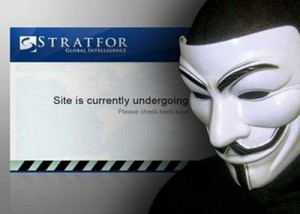 Perhaps you read or heard the brief flurry of excited reports: an intelligence expert was saying that, contrary to what the Obama White House told us, Osama bin Laden’s body was not hastily thrown into the ocean last May, but instead was secretly flown by a CIA plane to the US, where it underwent forensic examination.

For those of us who see plenty of holes and inconsistencies in the official government account of the Navy SEAL raid last May that purportedly bagged bin Laden, the new reports were tantalizing.

Tantalizing but untrue. The back story is revealing about the tragic ways in which the public is jerked around: manipulated and lied to both by the government and by irresponsible critics of the government who benefit from selling fear and scandal.

The kerfuffle over Osama’s body got impetus recently when the website WikiLeaks began publishing a vast trove of e-mails from the private US security company Stratfor. They had been obtained by the hacker collective Anonymous and its splinter group Lulzsec.

Quite a few of the e-mails are interesting, but one set stood out. They were from the day after the US raid on a Pakistani compound where, we are told, Navy SEALs killed Osama bin Laden, then flew his body to a ship, whence it was dumped in the ocean.

In the early morning of May 2nd, 2011,Stratfor staffers began sending internal e-mails about the bin Laden news. Most of them were from Fred Burton, Stratfor’s vice president for intelligence.

The first, and the one that got so much interest, contained the provocative subject line

Than [sic] onward to the Armed Forces Institute of Pathology in Bethesda.

This would have been a big deal for several reasons. If true, this would contradict claims by the White House, State Department and other entities that bin Laden’s body was identified, then dropped into the sea. It would be of particular interest because of Burton’s background and supposed credibility—the very reason, purportedly, that he is employed by Stratfor, and one of the reasons that the company is able to charge hefty fees to private and government clients for its analysis and assumed inside information.

Burton, Stratfor’s Vice President for Intelligence, is touted as one of the world’s top experts on terrorism. According to his bio,

Burton served as a special agent and deputy chief of the counter-terrorism division of the Diplomatic Security Service (DSS), the arm of the U.S. State Department that protects embassy officials across the globe. In that capacity Burton tracked Libya-linked master terrorist Abu Nidal,  the international terrorist Carlos the Jackal, and directed the capture of RamziYusef, architect of the 1993 World Trade Center bombing, and pursued the assassins of world leaders like Yitzhak Rabin, Meir Kahane, and General Mohammed Zia-ul-Haq, the president of Pakistan

He’s supposed to have great insider contacts. So, if he writes to his colleagues that bin Laden’s body is being flown to the United States, then presumably he knows something the rest of us do not.

Burton’s email got the attention of websites that routinely claim to have “good sources” or interview those touting their own inside information, and assert that the United States lies about everything. His comment was seized upon as proof that the public story of bin Laden’s demise was a falsehood.

However, cautious or open-minded persons would want to see more corroborating detail. They would wonder how either Burton or other Stratfor execs expanded upon his brief assertion, and whether he confirmed it or corrected the internal record.

Certainly, the claim that the body was bound for Dover, DE on a CIA plane has real specificity. So does the reference to the Armed Forces Institute of Pathology in Bethesda.

On the other hand, this sequence would constitute a kind of routine practice. For example, when CIA officers were killed in a bomb blast in Afghanistan more than a year earlier, their bodies were flown to Dover Air Force Base. You don’t have to be a world-acclaimed terrorism expert to know that if Osama’s body were flown to the US, it would first go to Dover. That’s the preferred place for US government forensic medical examinations of remains coming from abroad—US officials and CIA included.

It’s not surprising that a body like Osama’s would go on a CIA plane, and not surprising that it would end up in Bethesda at the Armed Forces Institute of Pathology. Except for one thing: that facility was already well into a years-long process of shutting down in May, 2011. (it closed in September)

So, what did Fred Burton know? Nada. It was apparently… call it what you will: speculation, puffery, a bluff.

When one goes through more of the e-mails, one comes upon this one from the afternoon:

Down & dirty done, He already sleeps with the fish….

** Fred’s Note: Although I don’t really give a rats ass, it seems to me
that by dropping the corpse in the ocean, the body will come back to haunt
us….gotta be violating some sort of obscure heathen religious rule that
will inflame islam? I was sleeping thru that class at Langley.

The US Govt needs to make body pics available like the MX’s do, with OBL’s
pants pulled down, to shout down the lunatics like Alex Jones and Glenn
Beck.

What’s so interesting is that Burton does a complete flip and confirms the official story—without ever explaining how he got it wrong to begin with. Nor does he apologize for foisting speculation upon his colleagues in the guise of certitude.

This, of course, is a huge embarrassment for Stratfor. Since the hacker scandal, the company has hunkered down, refusing to answer questions. And, it has sought to distract by offering temporarily free access to its otherwise expensive product.

I’ve included our official statement below – we’re not commenting beyond this.

You can read that statement here. It’s a model of deflection and obfuscation.

The moral of this story is not that the government told the truth, nor that it lied about bin Laden. Many questions still remain about that raid—foremost among them, why the White House falsely claimed that it was possible to get a positive identification of bin Laden in the short time between the raid and the sea burial, and why they have never reconciled highly inconsistent accounts surrounding the whole affair. Other questions would relate to patently ridiculous claims about the raid from on high, including that the SEALs themselves—not military officials nor the president—made the decision to kill bin Laden rather than capture him alive. (Again, you can read about all of this here.)

No, the moral of the story concerns several other things:

-An increasing number of websites and purported news entities thrive by putting out information that is exciting, shocking, controversial—and often wrong.

-The business of claiming to have “inside sources” is akin to that of the old-fashioned medicine show. It is designed to trick others. At WhoWhatWhy, we know, from years of experience, that there are hardly ever real leaks on Top Secret matters that are not authorized—that is, perpetrated with a specific propaganda or policy purpose. They are often not true or are intentionally misleading. The rest of the leaks, when not sanctioned, are usually the result of some “reporter” talking with a braggadocio ex-insider who has had too much to drink and is frustrated by no longer being privy to real secrets. Such “leaks” are just speculation.

-WikiLeaks is not a journalistic enterprise. If it were, it would do actual reporting to verify whether things in the documents it distributes are true. Instead, it seeks to obtain a broad range of material and to publish everything. Some of its “revelations” are true. Some merely document what people have said when they were deliberately lying, either in their own self-interest or in the service of some larger agenda. Sometimes, as in the case of Stratfor, a WikiLeaks document dump happens to include the corrective material as well—though in this case it was not publicized as such.

In fact,WikiLeaks is not that different from hundreds of other sites. The difference is that, thanks to hackers, it does get access to real documents. However, the documents themselves may not be telling us the truth.

And private “establishment” outfits that are gung ho parts of the military-industrial complex, such as Stratfor (and there are many others), should be viewed with great wariness as well.