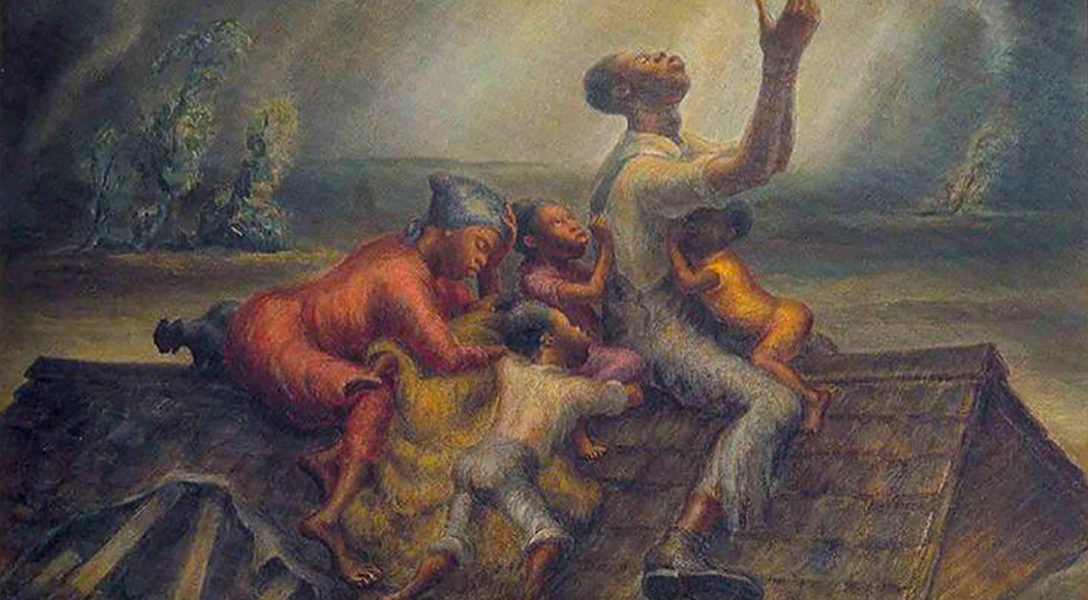 Here, in honor of Labor Day, is a collection of paintings and prints from the Great Depression. Images from the gorgeous to the grim, all fascinating.

The Depression was characterized by unemployment, homelessness, hunger, bankruptcies, home foreclosures, dust, drought, and inequality in the distribution of wealth. And the infrastructure was crumbling. Sound familiar?

Do you ever wish for some kind of reincarnation of the New Deal? You would not be the only one. According to Nobel Prize–winning economist Paul Krugman, “A rational political system would long since have created a 21st-century version of the Works Progress Administration — we’d be putting the unemployed to work doing what needs to be done, repairing and improving our fraying infrastructure.”

The program was ingenious: by solving unemployment, it also solved the problem of the infrastructure. Millions were employed by the WPA; they built “651,087 miles of highways, roads and streets; constructed, repaired or improved 124,031 bridges; erected 125,110 public buildings; created 8,192 public parks and built or improved 853 airports,” according to a journalist from the Depression era.

And it took people off welfare. Harry Hopkins, the chief architect of the New Deal, said,

Among those saved were artists. Part of the WPA was the Federal Arts Project which put unemployed artists back to work painting murals and creating sculptures for public buildings. When criticized for including artists and other white collar workers in the WPA, Hopkins said,

“Would you put them out in a ditch with a pick axe and make them like it… We decided to take the skills of these people wherever we found them and put them to work to save their skills when the public wanted them.”

Thanks to this inspired decision, we can enjoy these powerful works of art. “We have always known that heedless self-interest was bad morals; we know now that it is bad economics.” —Franklin D. Roosevelt