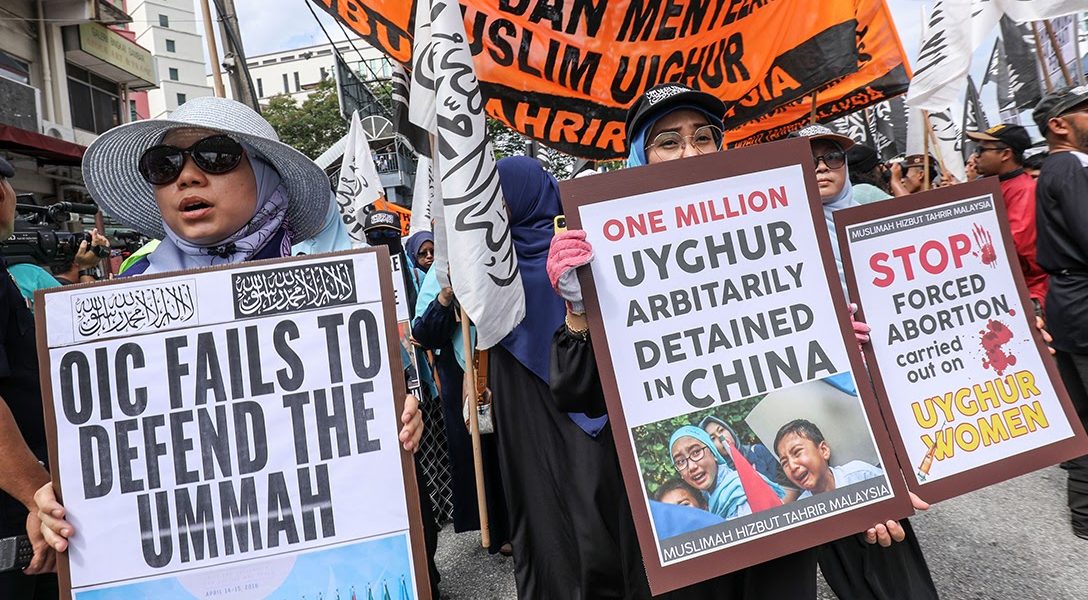 Disney Does Its Best to Ignore Uighur Repression in China

What difference does 78 seconds make in a nearly 2-hour-long, multimillion-dollar motion picture production? In the case of Disney’s Mulan, quite a lot.

The film, which began streaming on Disney Plus last month after its theater premiere was canceled due to the coronavirus pandemic, offers an all-Asian cast recreating the extraordinarily successful animated version which scored a major hit with youthful audiences back in 1996.

The story is based on a 1,500-year old Chinese ballad, which recounts the saga of a young girl who pretends to be a man and goes to war, taking the place of her ailing father. As Sean Bailey, Disney’s president of productions explained, the remake is intended to combine the richness of Chinese culture with notions of female empowerment, as well as honor, bravery, and dedication to family in one epic drama.

The film faced controversy and boycotts, however, when the credits revealed that part of the action was filmed in Xinjiang Province, where China has recently installed massive “reeducation” camps imprisoning much of the country’s oppressed Uighur population.

Human Rights Watch holds that the Chinese campaign against the Muslim Uighurs amounts to  cultural and ethnic genocide. After members of the UK Parliament raised questions about the controversy, Bailey explained in an October 7 letter to members of Britain’s Parliament that filming began in 2017, before the fate of the Uighurs had begun to make global headlines.

The reply from @DisneyStudios regarding the filming of #Mulan in #Xinjiang region is very weak and full of platitudes. The reality is that Disney simply does not want to offend China, and have given in to China’s demands and will not stand up to them. (1/2)

In any case, Bailey went on, only 78 seconds of the film were actually shot in China. Those segments, arranged by Beijing Shadow Times Culture, a local production facilitator, were shot over a 4-day period. In contrast, the bulk of the production, which took more than 143 days, was filmed in New Zealand. The 78 seconds were intended to add authenticity.

Bailey’s real problems, however, stem not from the 78 seconds, but from the end credits of the film, which give special thanks to the Communist Party Committee (CPC) of the Xinjiang Uighur Autonomous Region Committee and the Xinjiang police forces for their support in making the film. These are the same police who run the day-to-day operations at the Uighur detention centers. Putting the 78 seconds of footage shot in China aside, the credits do little to emphasize Mulan’s commitment to honor, bravery, or the family.

China began rounding up the Uighurs, an ethnic group of Turkish Muslims living in China’s western Xinjiang province, in 2017 and forced them into hastily erected “reeducation camps,” purportedly in an attempt to counter violent extremism.

The US State Department describes the abuses against the Uighurs as “horrific” and “dehumanizing.” On July 31, 2020, the Treasury Department imposed sanctions on the Xinjiang Production and Construction Corps, an economic and paramilitary organization that plays a central role in the development of the Xinjiang region, and two associated officials, Peng Jiarui and Sun Jinlong. However, it is unlikely that sanctions will have any practical or financial impact on the company or its officials. Other than these sanctions, Washington has remained silent concerning the reported abuses. The likely motive is to protect an already strained trade relationship with China.

Disney appeared to be walking a thin line intended to please the Chinese government, which constitutes the company’s second largest market after the US.

For its part, Disney spent more than a month not responding to calls by activists to boycott the film. Disney also refused to comment on the plight of the Uighurs. However, Disney CFO Christine McCarthy was forced to explicitly address the Uighur issue at the Bank of America Virtual 2020 Media, Communications & Conference on September 11. Asked whether the scandal would impact the film’s box office potential, McCarthy said, “Let me just put something into context. The real facts are that Mulan was primarily shot — almost in its entirety — in New Zealand. In an effort to accurately depict some of the unique landscape and geography of the country of China for this period drama, we filmed scenery in 20 different locations in China.”

What McCarthy failed to mention was the fact that to film any production in China, the studio needed to get permission from the Chinese national government.

Why film specifically in Xinjiang province when the existence of the internment camps there has been known since 2017? Disney appeared to be walking a thin line intended to please the Chinese government, which constitutes the company’s second largest market after the US.

Lead actress Liu Yifei, who plays the protagonist in Mulan, had already demonstrated a readiness to take Beijing’s side in social controversies. When Hong Kong police cracked down on pro-democracy demonstrators in 2019, Liu took to Weibo, a Chinese social media platform, to voice her support for the authorities, despite the excessive violence used in putting down the protests. The actress’s message: “I support the Hong Kong police. You can all attack me now. What a shame for Hong Kong.”

Disney filmmakers further curried favor with Beijing by repeatedly referring to Xinjiang, an autonomous province, as part of “Northwest China” in the English subtitles. Mulan is not the first time the Disney Corporation has been accused of maintaining too close a relationship with Beijing. Doctor Strange, released in 2016, reportedly ignored the Tibetan origin of the protagonist and the Tibetan struggle for independence in order to satisfy Chinese sensitivities.

Mulan cost Disney around $200 million to produce. 7Park Data, a company that tracks video streaming online, estimated that around 9 million US subscribers to Disney Plus paid $30 a piece to buy the film in September. LRMonline, a company that also follows streaming video sales, reported that a source at 7Park Data later corrected earlier estimates and believed that the film probably earned somewhere between $60 million and $90 million. Sales in China were disappointing.

Despite Disney’s efforts to tailor the film for China, Variety reported that box office sales for Mulan were dismal there, and Forbes reported that Mulan was one of Disney’s worst performing remakes in China.

It remains to be seen what reactions Disney’s readiness to curry favor with China will incur from American lawmakers. The compromises appear to be a violation of the Trump administration’s policy restricting US companies from doing business in China, which were announced in October 2019.