This is the first of what I hope will become a series of stories on people who feel compelled to create, not for money, not for glory, but because they are driven by inspiration, regardless of pandemics, fires, floods, recessions, depressions, personal loss.

Some create pictures, like James Williams. We present a small sample of his works below. He is, among other things, a fine artist, graphic designer, photographer, raiser of llamas and other creatures, and a storm chaser.

To accompany some of his pictures, Williams writes what he calls “nursery rhymes” — only they are grim and mordantly ironic, such as this one: “Bone Forests look so grim at times. But listen! Hear the bamboo chimes?”

Williams’s works are often dark and mysterious, but, he says, “A thread running through many of my forays into this medium is mystery. Not the solving of it — but its celebration.”

What charms me most are the images Williams creates with words alone. The idea that, when he gets his hands into charcoal, he is digging deep into the unknown, and something from down there… may emerge on its own.

Williams is among the enchanted, those rare people who are on fire with inspiration, and they give off sparks.

The Smoky Residue of Reminiscence

For me, working with charcoal is like being atop a sooty skylight, rubbing and wiping, until I can glimpse light and moving shapes below.

There is something about its ash-like nature that beckons reflective feelings akin to grief or longing, leading me to subterranean psychological landscapes. And charcoal evokes an aura of things having been. It is the smoky residue of reminiscence.

Charcoal allows me to feel closer to the creative act. My hands are right on the paper with no instrument, no buffer in the form of brush and slathered pigment between me and what I bring forth.

I enjoy pushing and pulling forms into and out of its rich, atmospheric darkness.

This going down into process deals with shadows, and charcoal is excellent for plumbing one’s own internal shadows.

It is not surprising that within these realms, color becomes somewhat intrusive and distracting.

Finally, from the standpoint of the viewer, drawings have a disarming immediacy and honesty. They can be very engaging and accessible. Perhaps most people, as children, drew more than they painted, and with this sense of familiarity, feel more willing or able to “read” a drawing.

In any case, I am pleased if someone is taking the time to look, not just at my work — but into it.

Williams’s works have been widely exhibited, but mostly in Los Angeles, in such places as the Schwartz Cierlak Gallery, Fiona Whitney Gallery, Graphic Arts Council, the Santa Monica Museum of Art, and the Los Angeles County Museum of Art. 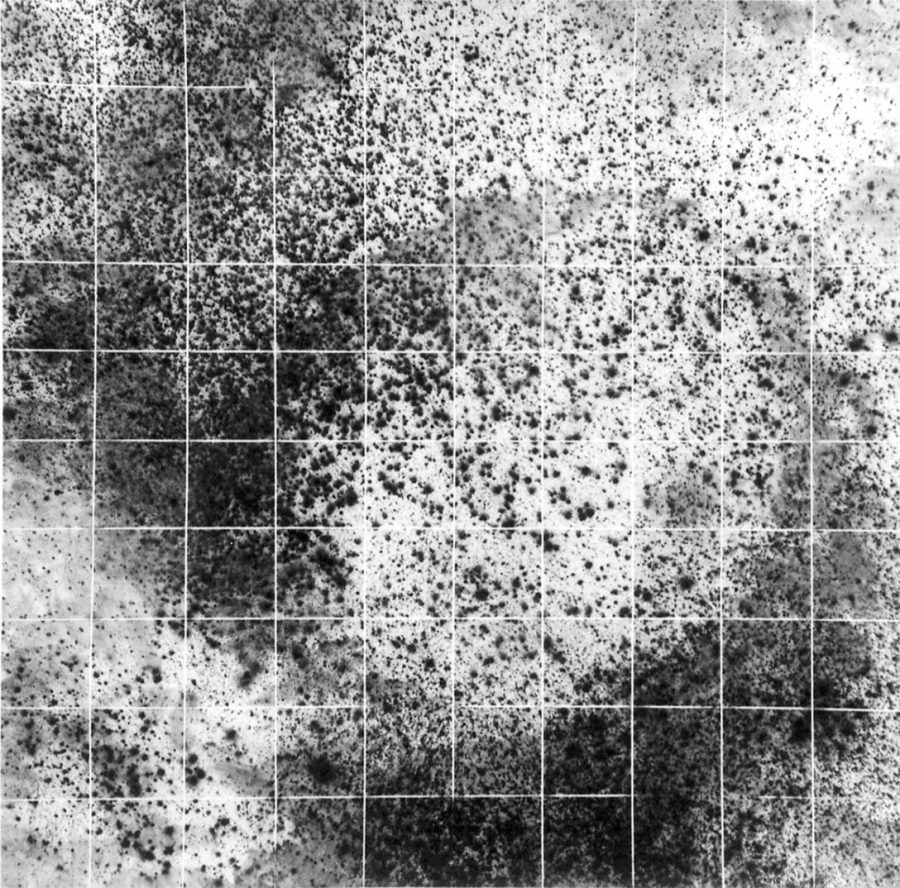 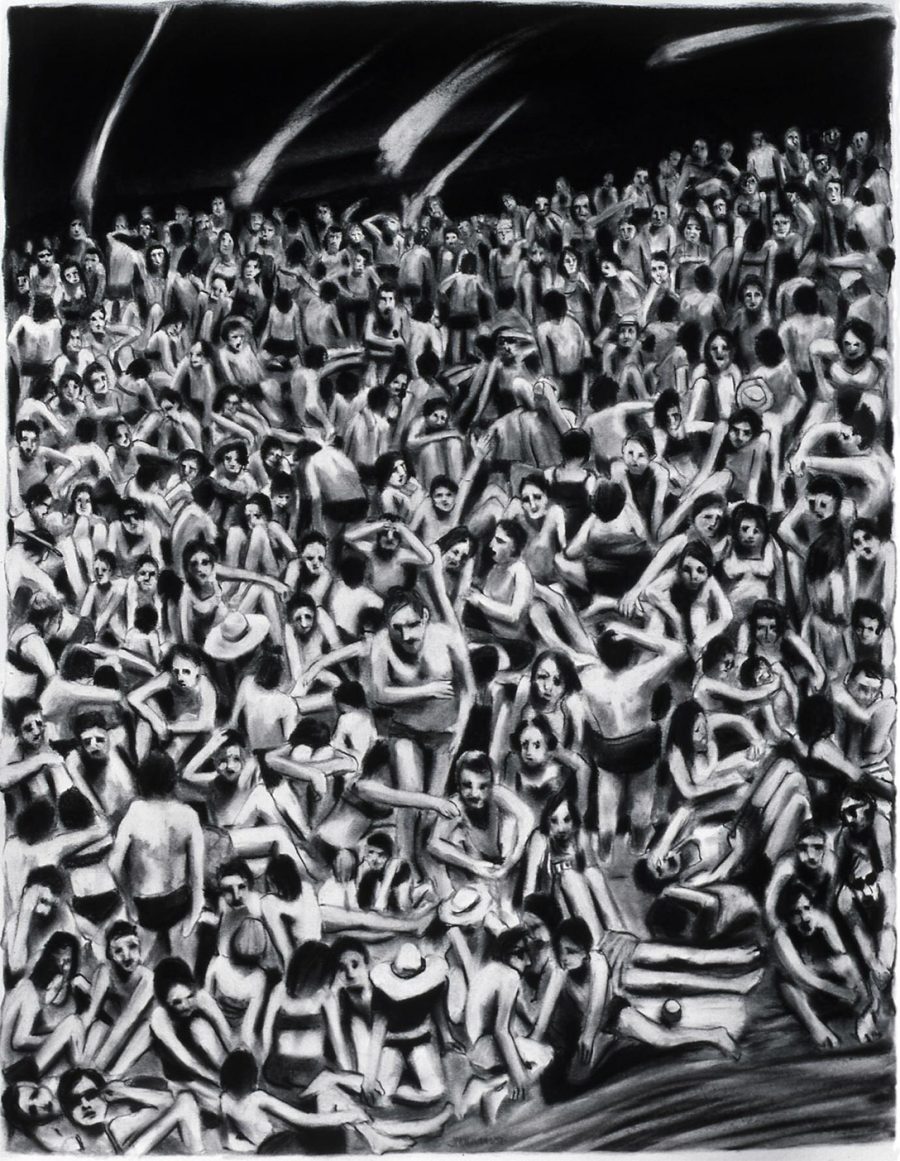 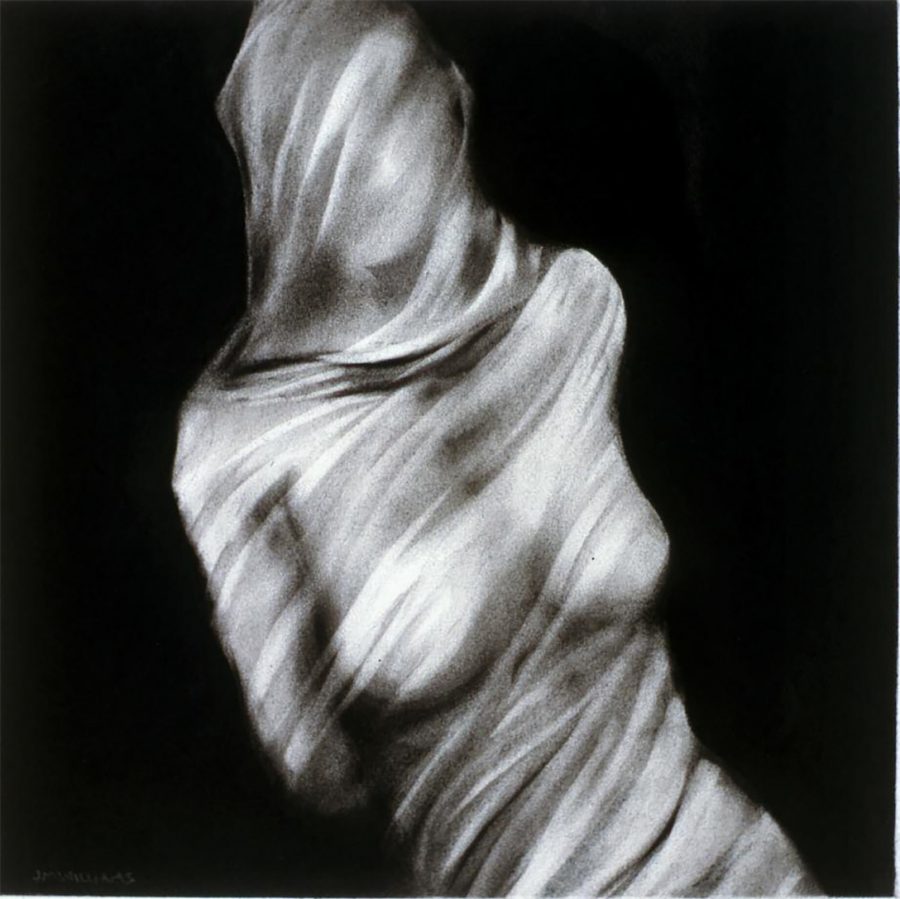 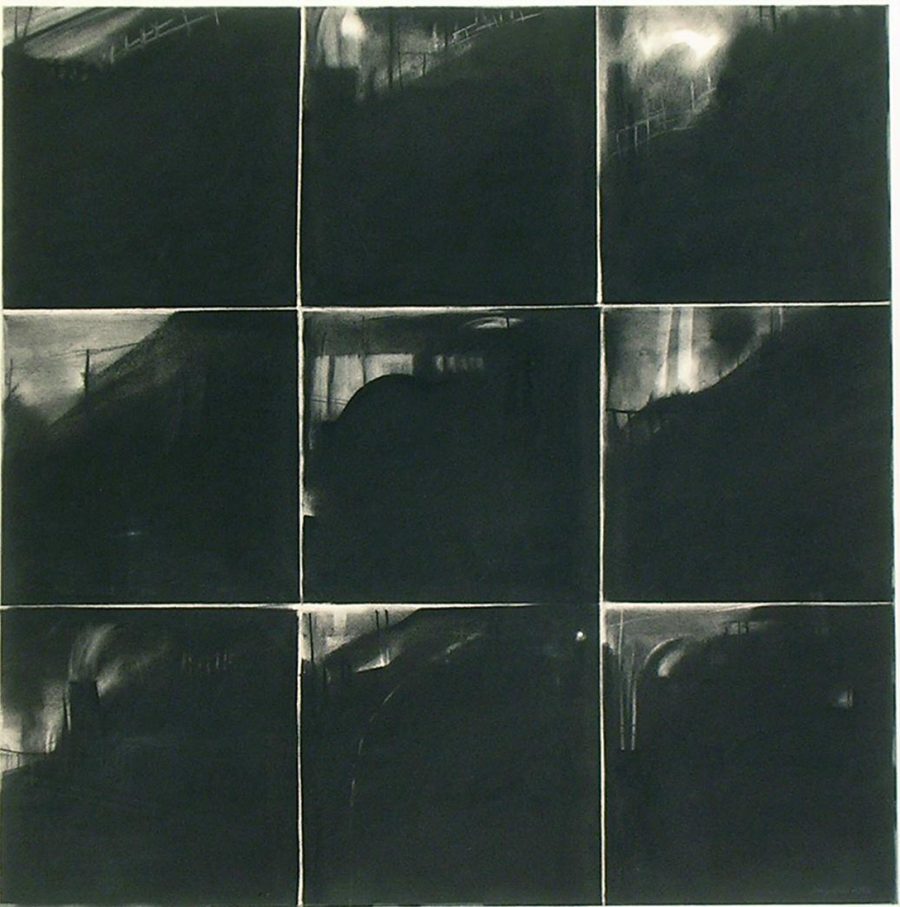 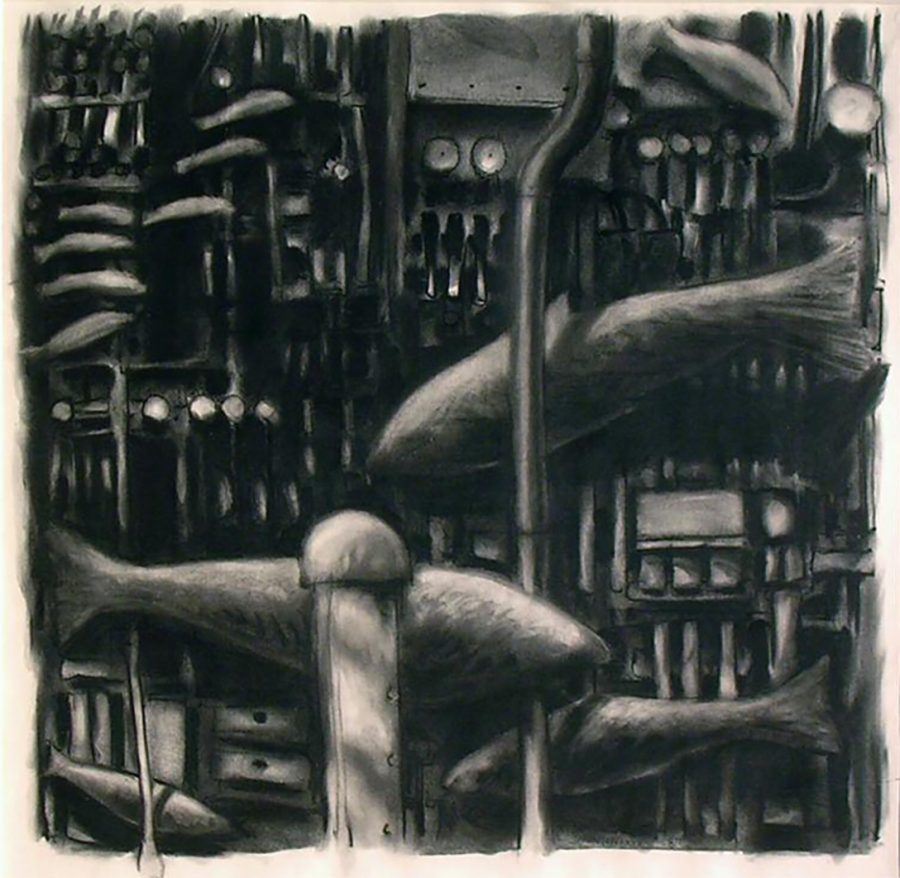 “Deep Room.” For all our evolving technology, for all our lofty scientific savvy, one slip… and we’re food for fish. The image welled up from deep within. I let it exert its own presence. It gave birth to itself while I assisted in a fitful midwifery of darkenings and erasure.” Photo credit: Courtesy of James M. Williams 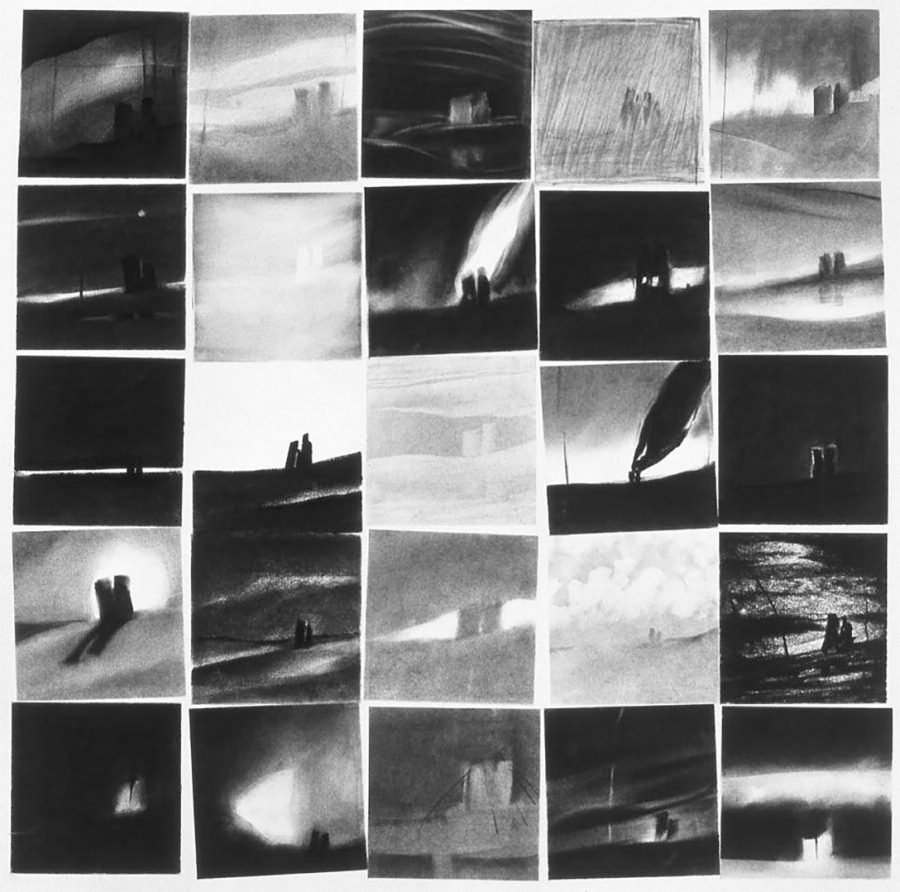 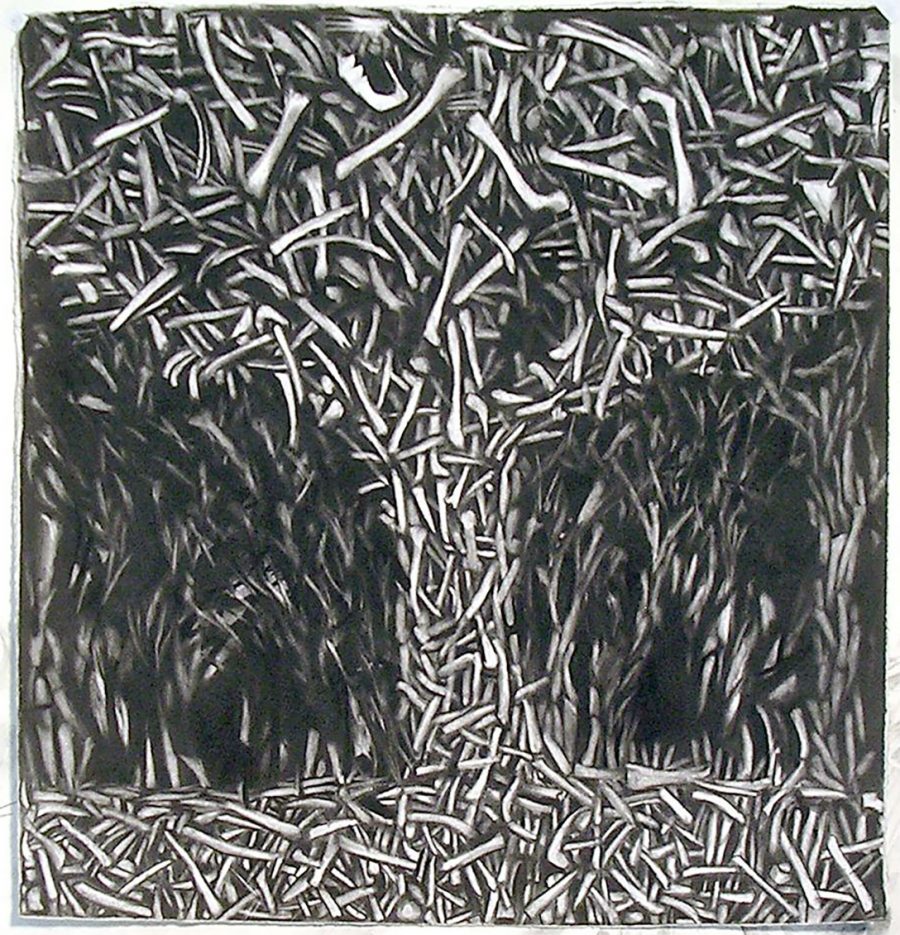 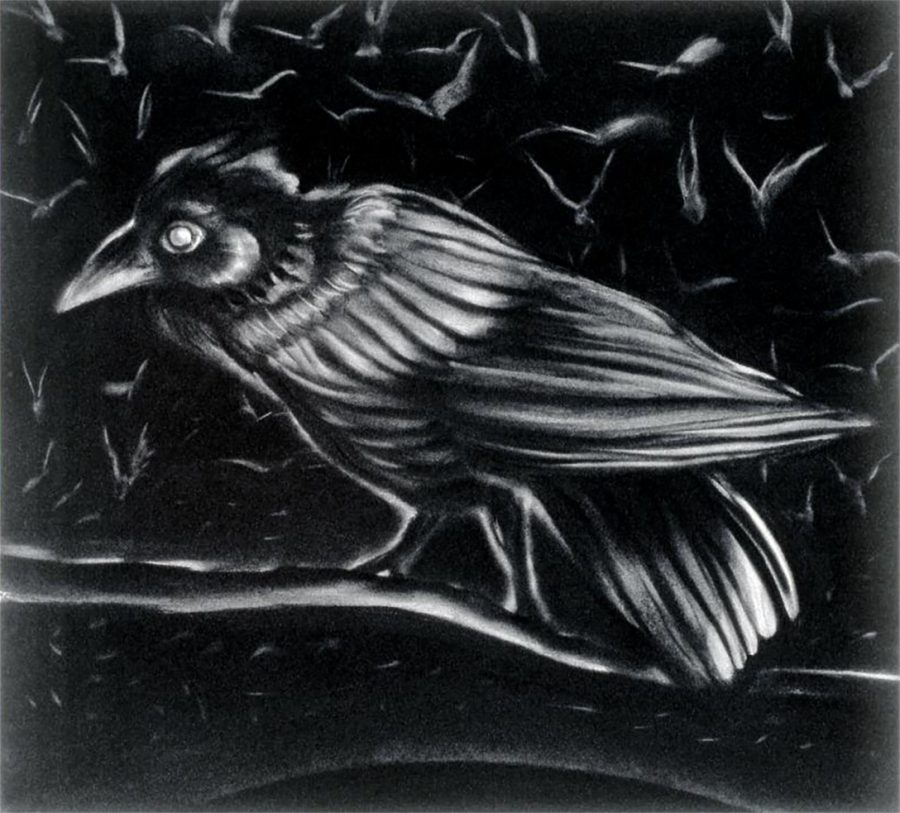 “Bird of prey, bird of prey, let me have another day.” Photo credit: Courtesy of James M. Williams 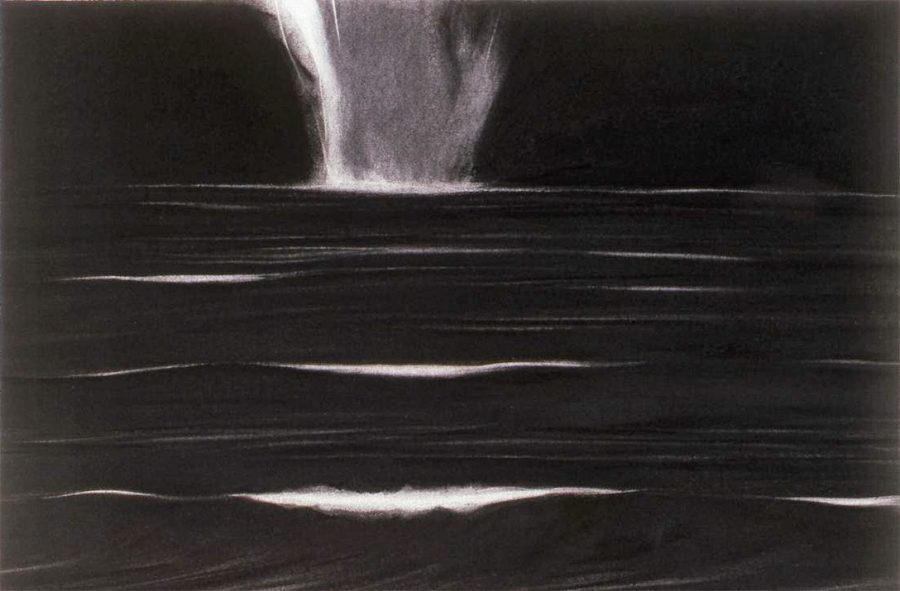 “Entry Fable: Upon this we should all depend, worlds begin where others end.” Photo credit: Courtesy of James M. Williams 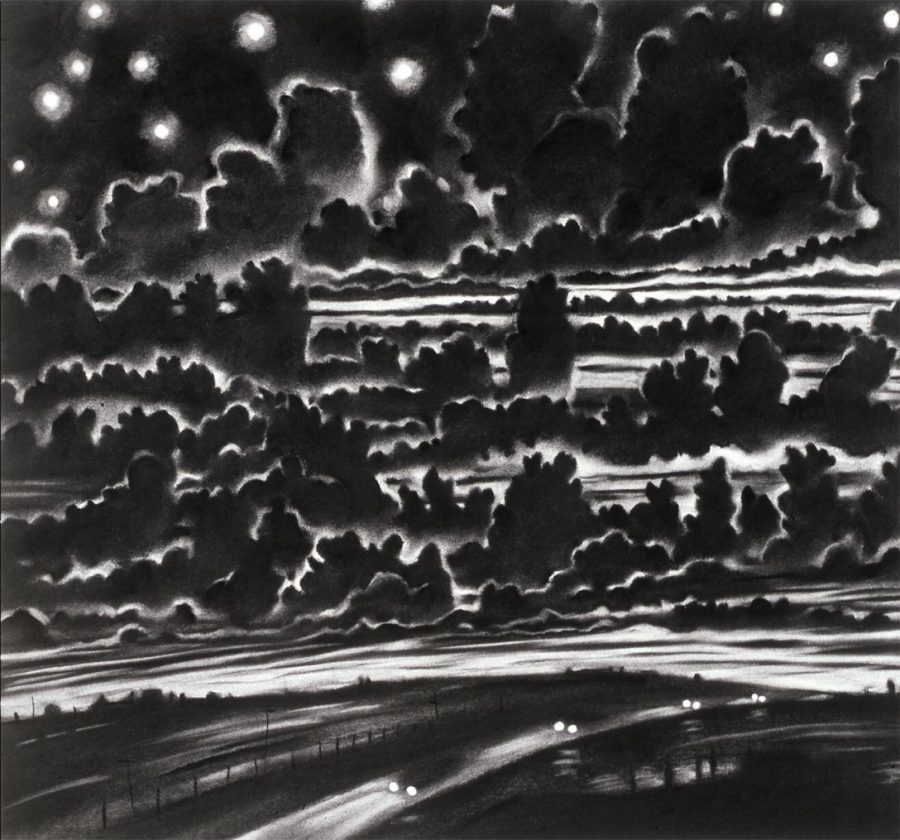 “Between the worlds of think and feel, clouds obscure what we call real.” Photo credit: Courtesy of James M. Williams