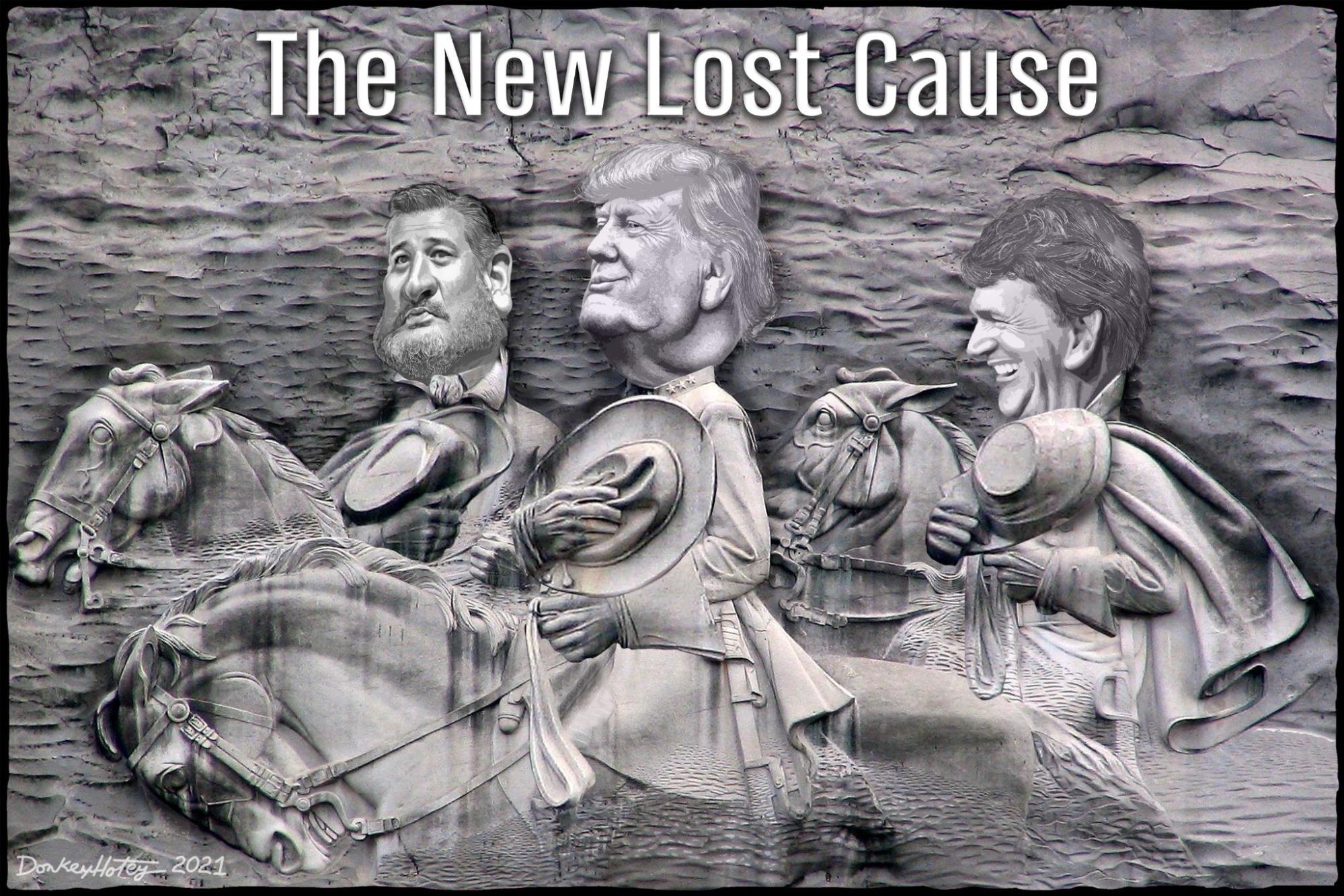 The War of Moron Aggression

With the political rifts of the past having grown into chasms, and one party more or less openly supporting a coup, there is increasing speculation that a second US civil war may break out. That’s complete nonsense, of course… because Civil War II is already underway.

Unlike the original Civil War, there is no telling when this one began. In fact, most people — including many of the combatants — are unaware that it has already started.

That is because it is not being fought on battlegrounds like Gettysburg, Antietam, or Bull Run, but in virtual arenas like Fox News, Facebook, and fringe message boards. The weapons of choice in these battles are not rifles, bayonets, and cannons, but rather lies, misinformation, and demagoguery.

As a result, the modern-day war profiteers are social media companies that are getting rich off this conflict. And, while they are making a killing, their users are doing the dying.

Instead of pitting the North against the South, this civil war is all about tribes (although, in truth, the geographical divisions between the different tribes match those of 1860s America pretty closely).

And, depending on which tribe is winning in a respective state, we might as well be talking about adversarial nations, because their ideologies are that far apart.

In fact, the differences in governance between California and Texas today are probably greater than those between New Hampshire and Tennessee in the 1860s. Back then, the primary disagreement between them was whether it’s OK to buy and sell human beings and hold them like cattle. Granted, that’s a biggie, but, apart from that, the average person in Manchester, NH, probably felt pretty similar about things as the average person in Manchester, TN.

That is no longer the case, in part because there aren’t many “average persons” in Texas or California today. The ideological divide has grown so intense that a conservative in California must feel just as oppressed as a progressive in Texas.

That is not to say that these tribes are equivalent. Just as in the original, one is much, much worse. However, any civil war probably brings out the worst in everybody.

Finally, the “generals” on one side of the sequel (which seems a fair description since race also plays a major role in Civil War II) are armchair warriors like Donald Trump or Tucker Carlson. The other side, which lacks comparable demagogues, is often made up of digital lynch mobs that attack anybody — friend and foe alike — who runs afoul of their respective and incredibly specific doctrines.

When there is open conflict, as on January 6, the combatants are not scared kids in blue and gray uniforms; they are oddly confident morons who dressed up for the occasion.

What we do know with certainty is that Civil War II has been quite deadly — especially over the past couple of years — and that no end is in sight. In fact, it’s probably going to get a whole lot worse before it gets better.

While it is impossible to say when this conflict started, it has been festering just below the surface of society for some time.

This modern civil war is the reason Americans don’t have the nice things their counterparts in the rest of the developed world enjoy — such as universal health care, affordable college education, ample vacation days, parental leave, and accessible child care.

That’s because the leaders of one of the two tribes have convinced their troops that the above are “socialism.” As a result, untold numbers of Americans have died and suffered… mostly in obscurity. Because writing about somebody who couldn’t afford to pay for their insulin, committed suicide to escape crushing student loans, or simply burned out from too much work with too few breaks just won’t get the same number of clicks and likes as something much more salacious if less consequential.

But, on the bright side, the US has an awesome military… unmatched by any rivals, at least in theory, if not on the actual battlefields of Iraq and Afghanistan.

While the existence of Civil War II was largely hidden from casual observers before, two events have brought it out into the open: the election of Donald Trump and the coronavirus pandemic.

The former because Trump gleefully exploited the existing divisions and super-charged the animosity that Americans are feeling toward each other.

The latter because it showed that at least one tribe is willing to die for their cause — even if that cause is abjectly stupid.

As a result, 800,000 Americans are dead (although the real number is probably much higher, and this doesn’t take into account all of those who died because they couldn’t get the proper care for other conditions during the pandemic).

The numbers don’t lie: The US accounts for 4 percent of the global population but about 15 percent of known COVID-19 deaths. It ranks 20th overall in the pandemic mortality rate and first among its peer nations. Tens of thousands of these deaths could have been avoided if the pandemic response hadn’t become a battlefield of Civil War II.

Again, the numbers don’t lie: People who live in counties won by Trump are three times more likely to die from COVID-19 than those in counties that voted for President Joe Biden. While some of this can be explained by poorer health care in general in rural regions, the vaccination rate in such places is also much lower. And, of course, Republican governors are much less likely to issue mask mandates or take other steps to protect their citizens.

The craziest thing is that many of the gullible idiots who are sacrificing their lives (for essentially nothing, we might add) are perversely proud that they are failing to take the minimal precautions necessary to avoid much of this death and suffering.

But before the other tribe pats itself on the back, let’s not forget that this could also have turned out very differently. If the vaccine had been called MAGAvax or Trumpcure, it’s very likely that the vaccination rates would have been reversed because the left would have been wary of the science behind anything with Trump’s name on it (in addition to not wanting to give him credit for successfully fighting a pandemic in an election year).

So, where does this leave us?

In a pretty bad place. Because, just as it is impossible to specify when Civil War II began, it is equally impossible to imagine it ending well. In fact, it may not end at all.

Americans willing to sacrifice themselves, their communities, and our planet for their political beliefs may just be the new normal.