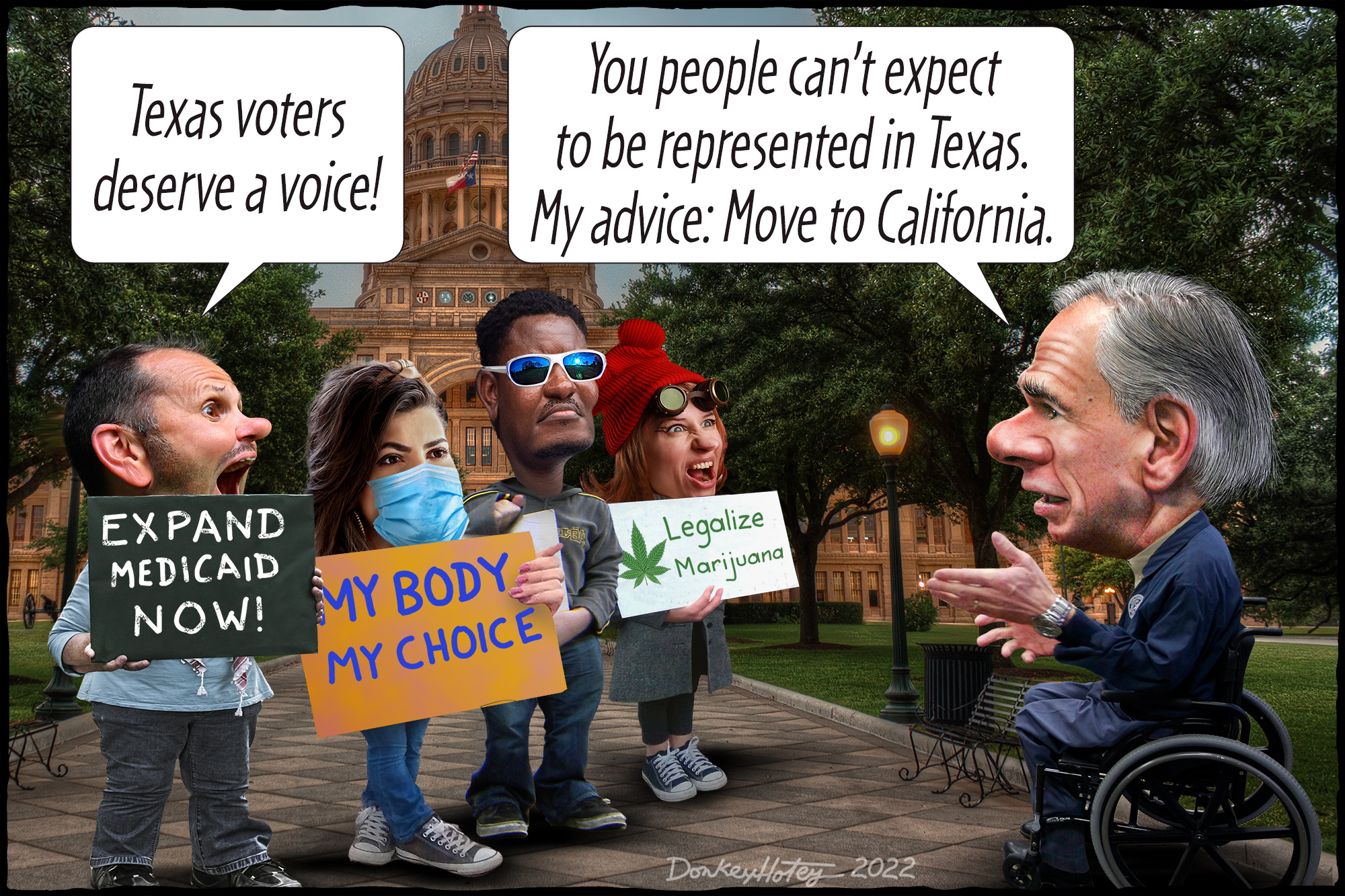 The Next Victim of the GOP’s Democracy-Killing Spree: Ballot Initiatives

In August, voters in Kansas stunned the political establishment. In a landslide vote, 59 percent of them supported a referendum preserving the state’s existing abortion rights. That outcome was rightly hailed as a win for the pro-choice movement. But, more importantly, it was a rare and sorely needed victory for democracy in the US.

The result was even more remarkable when you look closely at what happened. First of all, Kansas is one of the more conservative states in the country. Donald Trump carried it by 15 points in 2020, and the Sunflower State hasn’t voted for a Democratic presidential candidate or senator in the past 50 years.

Then there was the timing of the vote. Instead of holding it in November, which would have made more sense, Kansas Republicans scheduled it for August to coincide with the state’s primaries. However, since the congressional delegation is dominated by the GOP, these primaries bring out more Republicans.

And still, the pro-choice voters prevailed.

The referendum in Kansas is symptomatic of what is happening across the country. When voters, including in solidly red states, are given the opportunity to vote directly on things like Medicaid expansion, protecting abortion rights, or the legalization of marijuana, they often choose the more progressive alternative.

All of these are policies that would otherwise never pass conservative and heavily gerrymandered state legislatures.

The GOP’s response to these losses has been all too predictable.

In some cases, the aforementioned state legislatures tried to overturn the will of the people. In others, Republicans are trying to make it more difficult for their constituents to get a say in these matters in the first place.

Now ask yourself this: What kind of party would work so hard to dismantle democracy on every level? There really is only one answer: A party that fears voters, that has disdain for them, and wants to control them.

Because when it comes to being anti-democracy, the GOP is an equal opportunity party. They don’t limit themselves to just voter suppression or supporting coups but are also working hard to make sure that direct democracy in the US dies.

Take Missouri, for example. Although it is on the way to becoming a ruby red state (Trump won by an even larger margin than in Kansas), its voters approved a Medicaid expansion in 2020. This happened in a referendum that was held, you guessed it, on primary day. After all, you wouldn’t want a popular ballot measure to help Democrats turn out the vote on Election Day.

Instead of accepting the will of the people — which is something Republicans are clearly not very good at — the state legislature then tried to strip the funding for that expansion out of the state budget. They ultimately failed when a court intervened.

But this defeat clearly left a bad taste in the mouth of Missouri Republicans. After all, if voters approved one “socialist” program, what would they support next?

Determined not to let democracy get in the way of how they run the state, Republicans then tried to make it more difficult to pass ballot initiatives, e.g., by requiring a supermajority or adding a turnout trigger. In fact, since 2017, they have tried this 29 times — the most of any state during that time.

So far, they have been unsuccessful. But give it time. Destroying democracy has always been a long game for the GOP.

Obviously, this is not just happening in Missouri — although the Show Me State is certainly living up to its name and providing others a roadmap of how it’s done.

In Florida, the people overwhelmingly approved an amendment in 2018 to restore the voting rights of most felons. Ever since then, the state’s Republicans have done their utmost to ensure that the amendment is never implemented as intended. By instituting a poll tax and intimidating ex-felons, Gov. Ron DeSantis (R) and his fellow anti-democracy goons have made sure that the will of the people is not done.

Elsewhere, voters will be asked to curb their own power. In Arkansas and Arizona, they will get to decide whether it should be more difficult to pass ballot initiatives.

At least in those states, there is still a process for citizens to add measures to the ballot. In many others, there isn’t. And, while many of those are the usual suspects in the South, there are also plenty of Northeastern states, like New York and New Jersey, that don’t allow it.

Things in Texas, which is trending purple, would certainly look much different if ballot initiatives were possible. Medicaid expansion, which would provide insurance to hundreds of thousands of Texans, would likely be a certainty as it enjoys broad support.

It is also probable that the state would not be allowed to pass repressive abortion laws if the people had an actual say in things. Instead, Texans are forced to live in Gov. Greg Abbott’s (R) wannabe theocratic wonderland.

Now ask yourself this: What kind of party would work so hard to dismantle democracy on every level? There really is only one answer: A party that fears voters, that has disdain for them, and wants to control them.

To a lesser extent this is also true for those Democrats who want to force some incredibly unpopular progressive policies on people who are not ready for them or never will be.

With Washington about to be completely gridlocked again and gerrymandering fostering a semi-authoritarian, one-party rule in fairly evenly divided states like Texas, voters should get more of a say.

And there is no other issue for which this is more true than abortion. The Supreme Court ruled that it is up to the individual states to decide whether abortion should be legal and what limits should be placed on it.

On an issue of such significance, why not let every single state hold a referendum, like Kansas did, to let voters set the policy instead of a handful of religious fanatics in state legislatures?

The answer is, of course, that Republican leaders know exactly which way these referendums would go. Because they can’t control voters in the way they want to control women’s bodies.