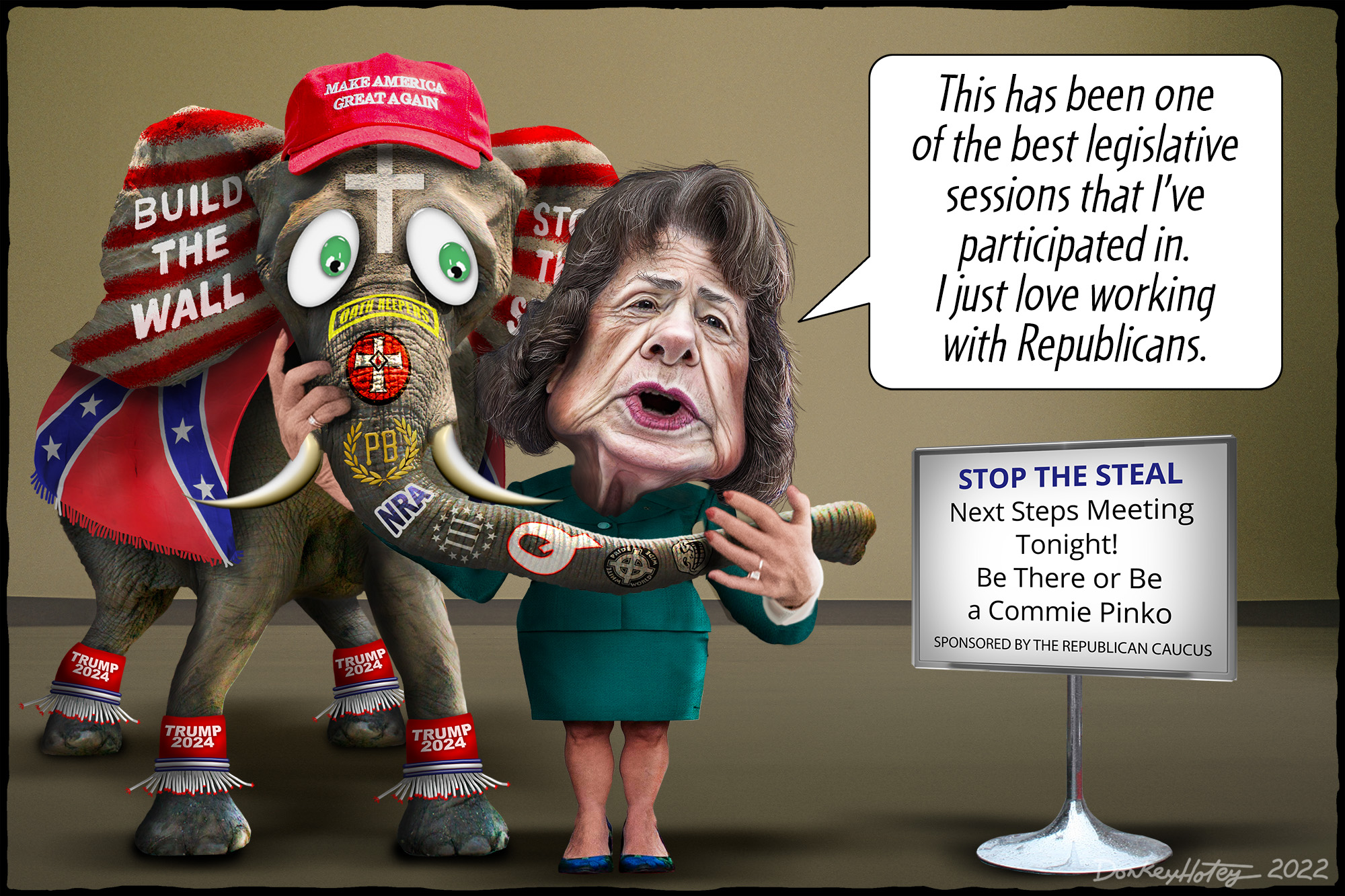 Term Limits: A Recipe for Younger Dems and Crazier Republicans

Should there be term limits? Both Democrats and Republicans are making a compelling case to settle this debate. There is just one problem: While term limits seem like a good way to rejuvenate an aging Democratic Party, they would only accelerate the GOP’s descent into madness.

Let’s start with congressional Democrats. Their leaders are really, really old. Obviously, there is nothing wrong with that. However, at their age, these Democrats should be enjoying the twilight of their lives, handing out wisdom and candy to their grandkids, expressing curmudgeonly opinions about life, and trying to figure out the latest technology. The only parties they should be running are retirement parties.

What is especially ironic is that the Democrats are supposed to be the progressive party. However, it seems as though they are only getting progressively more senile. A case in point is a recent article about Sen. Dianne Feinstein’s (D-CA) apparent mental decline.

Born a few months after Adolf Hitler was named chancellor of Germany, Feinstein became a senator at the youthful age of 59 (which would put her in the younger half of Democratic senators these days).

For argument’s sake, let’s assume she has retained all of her mental faculties. That still doesn’t mean she can do the grueling job of a senator who frequently has to travel across the country.

Most importantly, as an 88-year-old millionaire who is being chauffeured around by staff, how can she possibly understand the issues facing her constituents — especially the ones born after she became a senator 30 years ago?

Sure, she could ask Senate Majority Leader Chuck Schumer (D-NY) for advice. At 71 years of age, he was born before public schools in the US were desegregated and is a spring chicken compared to Feinstein.

Or she could turn to House Speaker Nancy Pelosi, a fellow Californian who was five years old when World War II ended.

Or to any number of her colleagues… there is no shortage of Democratic septuagenarians and octogenarians in Congress. Almost 40 percent of Democratic senators (including the two independents who caucus with them) are at least 70 years old.

It’s tough to see how they can truly understand the struggles of people half their age — who happen to make up one of the Democrats’ most important voting blocs. Sure, they may have aides who can help them grasp issues like the crushing burden of student loans, but the world in which these ancient lawmakers grew up was completely different.

For example, look at racial justice. When many of these ancient lawmakers were teenagers, Black people were called “coloreds” (and much worse) and had their own drinking fountains. 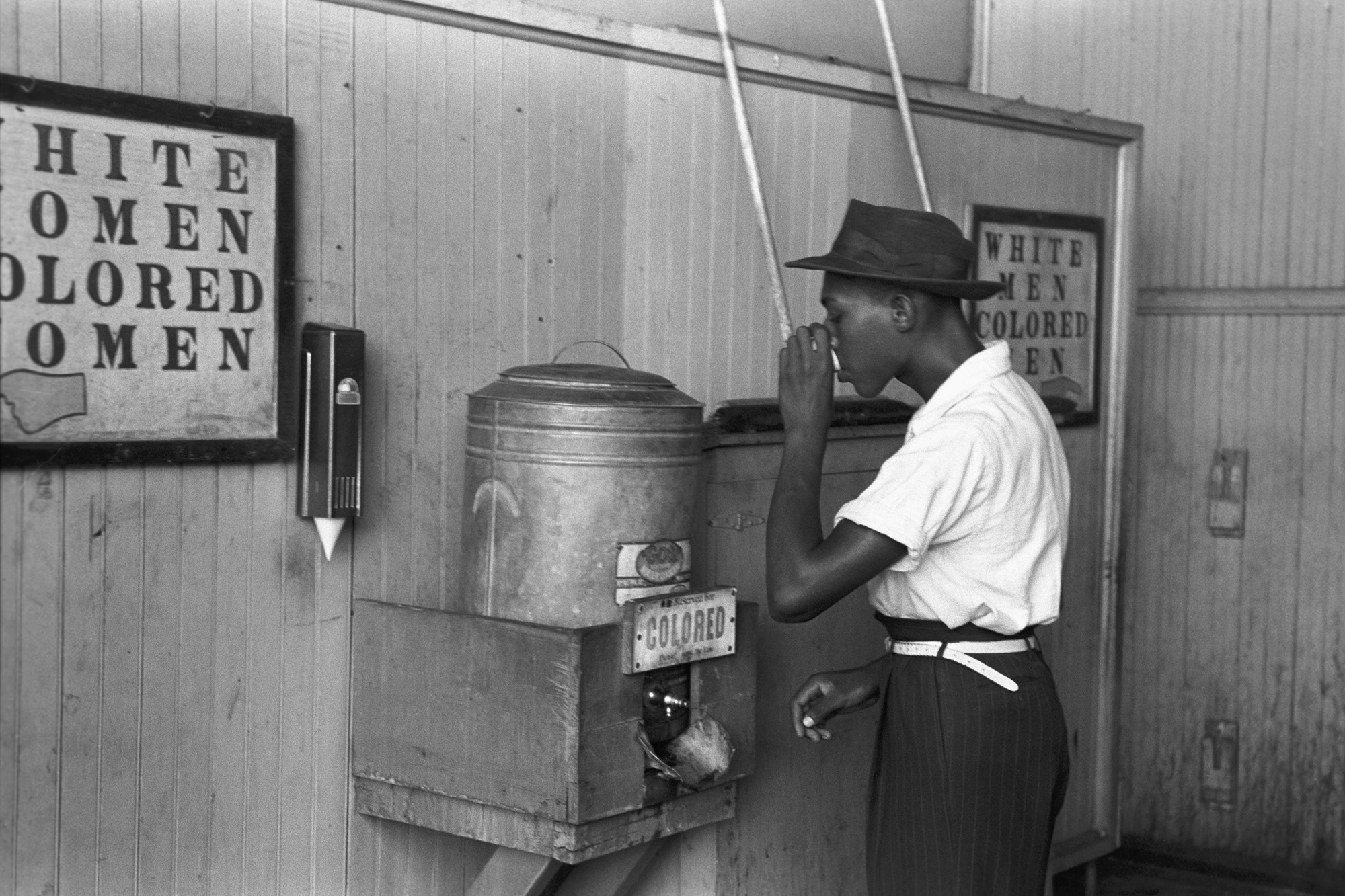 However, no matter how out of touch these geriatric Democrats are, they enjoy the benefits of incumbency: name recognition and full campaign coffers.

Term limits would offer a solution to this problem and secure a path toward a much-needed rejuvenation. More incumbent-free primaries could offer a real marketplace of ideas and allow voters to have a meaningful say in the party’s priorities.

And, seeing how they are not a bunch of lunatics, these priorities are actually things that might just improve the lives of Americans.

There is another challenge these Democratic Congressauruses pose: They were first elected when Republicans lawmakers were still sane — not part of a cult that follows a mentally ill charlatan and takes its cues from a few TV show hosts.

As a result, they often seem to be hanging on to notions of bipartisanship that are as antiquated as they are. Like Feinstein, who praised the confirmation hearings for Supreme Court nominee Amy Coney Barrett as “one of the best” she had participated in. Never mind that those hearings exposed the deep hypocrisy of Senate Republicans who had stolen a Supreme Court seat four years earlier.

Congressional Democrats have certainly never figured out how to deal with Donald Trump’s demagoguery, the endless lies of his enablers and followers, an entire party that stopped acting in good faith, and the propaganda of Fox News (and neither has the media, but that’s another story).

Which brings us to the Republicans.

Here, we have the opposite problem. In their case, enacting term limits right now would be a very bad thing for the country because it would get rid of some lawmakers first elected in an era in which Republicans were not all nuts. Of course, some have become card-carrying members of the Trump cult in the meantime. However, their replacements will almost certainly be lunatics untethered from reality.

That’s because “untethered from reality” has become the most important trait of Republican congressional candidates.

For example, in the Senate, imagine who would replace people like Ben Sasse (NE), Mitt Romney (UT), Lisa Murkowski (AK), or Susan Collins (ME).

Look at Ohio, where Sen. Rob Portman is retiring. If you want to know how the primary to replace him is going, just read this report from a recent debate:

It was the greatest hits of conservative fantasy last night onstage in Wilberforce, Ohio, as the Republican Senate candidates clashed in another debate. Topics of discussion? Massive ballot-harvesting operations in urban areas. Jail time for Dr. Anthony Fauci. A defense of Reps. Marjorie Taylor Greene and Madison Cawthorn. Hunter Biden’s laptop and Joe Biden’s family crime syndicate. A total deportation of immigrants in the country illegally and the restoration of Donald Trump to the White House as quickly as possible.

And that was an improvement over the previous debate, which saw two candidates almost come to blows.

In fact, the alternatives to even notorious insurrectionists like Sens. Josh Hawley (MO) or Ted Cruz (TX) would probably be worse as well, which is a scary prospect.

In GOP primaries, we are not seeing a marketplace of ideas but rather a bazaar of bizarre conspiracy theories and nonsense.

Here, you will get debates over how immigrant pedophiles are grooming their victims with CRT-infected math books in public schools. It’s like the “stop the steal” edition of the board game Clue.

If there were term limits in the GOP, we would be only a couple of election cycles away from Greene (R-Can’t Recall) chairing the Permanent Select Committee on Intelligence and Rep. Matt Gaetz (FL) the newly established Committee Against Grooming… Well, that would probably depend on whether he is charged with sex trafficking. If he is, maybe Jim Jordan (OH) could take over… oh, never mind.

There was a time when the GOP claimed to be a “big tent” party that represented a wide range of ideas (if you want to call “How legal should guns be?” “How illegal should abortions be?” and “How low should the taxes for billionaires be?” a wide range of ideas). Thanks to Trump and right-wing media, it’s more like a circus tent now: Candidates have to deny the outcome of the 2020 election and tailor their campaigns around the non-issues that rally their brainwashed base to have a chance of winning.

There is no equivalent on the Democratic side to the GOP’s main issues of CRT, grooming, and Hunter Biden’s laptop. And if there were — and perhaps “defund the police” might have been the closest thing in recent years — the candidates would not be able to win if they ran on them.

A great example of how different the parties are these days might be one of the most important issues of our time: protecting women’s athletics from transgender competitors. Does that sound like a priority for the country? Well, it is to Fox News viewers… and therefore Republican politicians.

As primary season heats up, you can be certain that GOP candidates will try to outdo one another with hateful rhetoric and bigoted policy proposals because that’s what wins primaries and elections in gerrymandered districts and red states.

And, unfortunately, these are not merely campaign issues. When these people get elected, they spend their time writing discriminatory laws that are often as mean-spirited as they are unconstitutional. Of course, that doesn’t mean that the Supreme Court will actually overturn them because it is now also dominated by a 5-vote bigot bloc.

All of this is a very long explanation to say that, while term limits might be beneficial in general, they are a terrible idea right now because they would speed up the process of turning Congress from an old folks’ home into an insane asylum.