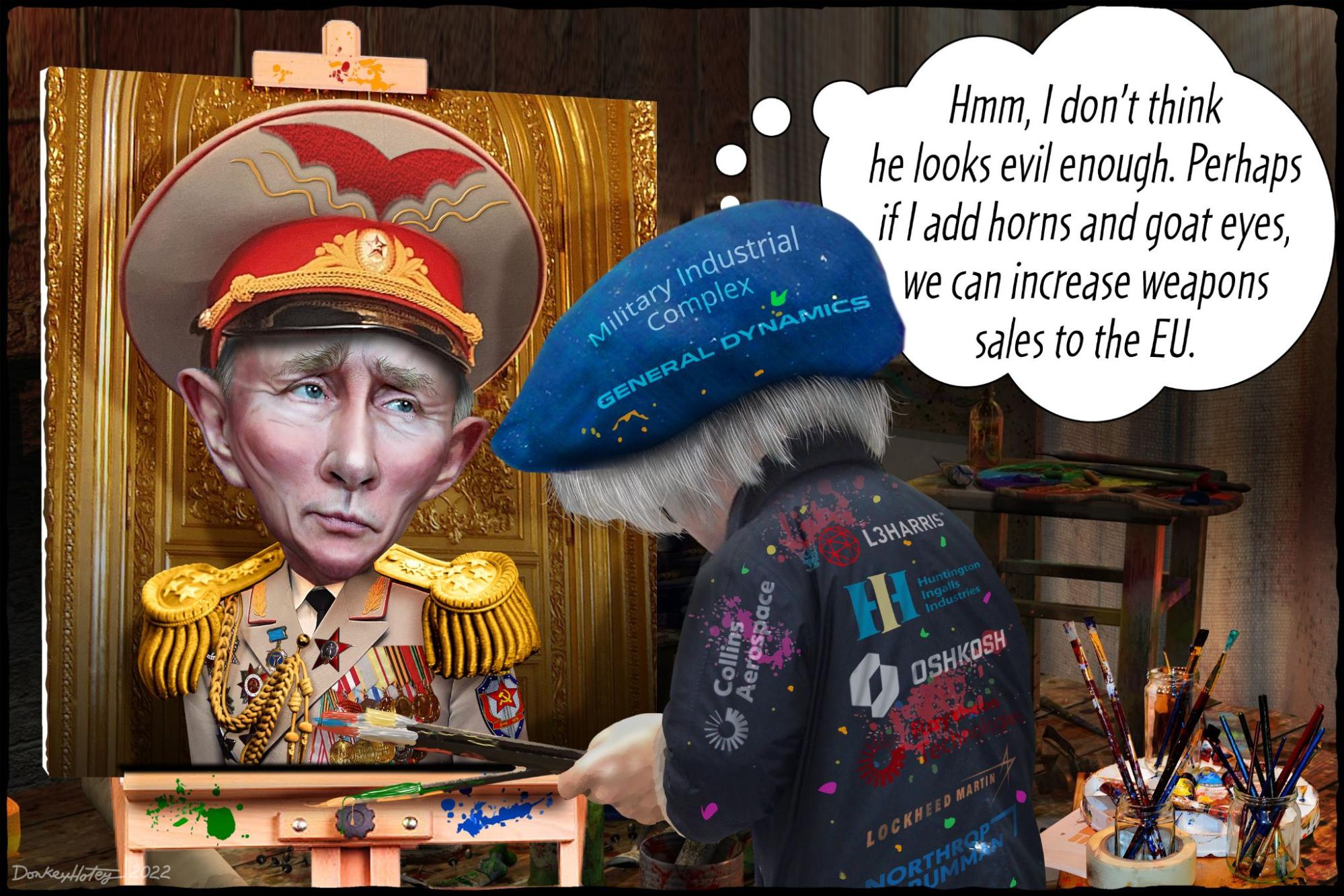 Putin Is the Nemesis the Military-Industrial Complex Needs

Vladimir Putin is a bad guy. He is an enemy of democracy — not just in Russia but also abroad. He despises a free press and has journalists killed. He has used his position of power to enrich himself and, under his authoritarian rule, Russia has been a destabilizing force in the world. Finally, he seems to be pursuing a vision of reassembling the pieces of the former Soviet Union and restoring it to its place among global superpowers.

In short, he doesn’t sound like the kind of guy you would want around… and certainly not leading a country with a massive nuclear arsenal, right? Right???

Well, actually, that does not seem to be entirely true. For many elites, from politicians in Washington to film studio executives in Hollywood — as well as every defense contractor in between — Putin’s Russia, just like the Soviet Union before it, has been a virtual gold mine.

For 75 years, Russia has been a convenient villain, always available for justifying bloated defense budgets, smearing political opponents as “communists,” and making movies featuring bad guys with bad accents who would not offend any any paying audiences (or those financing these films, such as China or Saudi Arabia).

As a result, it’s hardly surprising that little effort has been made to turn Russia into a more productive member of the global community in the three decades since the Soviet Union was dissolved… and we have all been paying the price since then.

Don’t take it from us. Testifying before Congress in 2003, Michael McFaul, who would later go on to become US ambassador to Russia, said:

If Russia consolidates a liberal democracy at home, then I have no doubt that Russia will develop into a reliable and lasting ally of the United States in world affairs. If Russia fails to consolidate liberal democracy at home, then Russia may still be a cooperative partner of the United States occasionally and sporadically, but always with conflicts. If Russia lapses back into dictatorship, U.S.-Russian relations will become strained, competitive, and possibly even confrontational again as they were for most of the twentieth century.

And here we are… in part because Russia has been more valuable as an enemy than an ally. 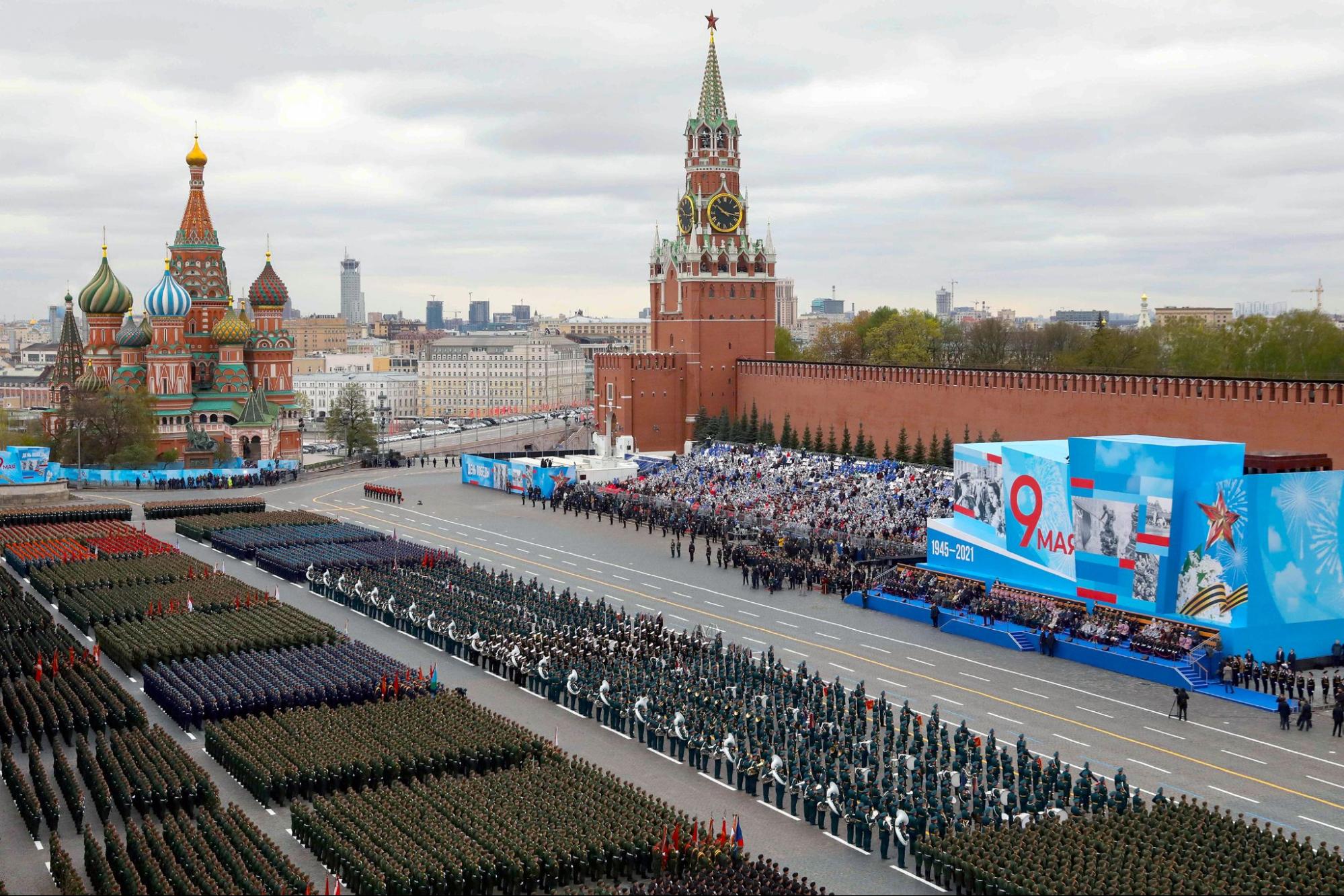 Granted, there is no guarantee that a campaign to integrate Russia into a Western-liberal world order would have been successful. In fact, there are reasons to believe that it would not have been a full success. For example, other former Soviet republics and Warsaw Pact nations continue to struggle with democracy — even those like Poland and Hungary that became part of the European Union.

In addition, it was probably a traumatizing experience for Russia, a country with a long tradition of fervent patriotism, to go from superpower to a “has-been” (albeit one with lots of nuclear weapons and substantial fossil fuel reserves). It is very possible that this shared sentiment would have stood in the way of a “westernization.”

Great Britain, for example, still has not come to terms with transitioning from “The Empire” to a European regional power, which partially explains its recent Brexit. The country never fully learned to be part of the team that it was used to dominating for centuries.

Still, in the case of Russia, even some integration would have been better than none. There are a few recent examples proving this can work.

Although it was an expensive and massive undertaking, Germany went from supervillain to democracy in four years. It took slightly longer (seven years) for Japan to hold its first post-occupation elections.

Since then, even though they had committed some of the worst atrocities in history during World War II, these two countries have become stable democracies and engines of global economic growth.

Of course, both unconditionally surrendered to triumphant adversaries and underwent years-long occupations, while the Soviet Union just fell apart. Yet, it’s conceivable that offering economic incentives in exchange for Russia’s surrendering its nuclear arsenal and initiating pro-democracy reforms could have worked.

Germany, by the way, is not only the poster child of how to reintegrate a country into the global community but also, in an earlier era, offered a cautionary example of what not to do.

After World War I, an extremely nationalistic Germany was forced to give up territory and pay crippling restitutions. Fifteen years later, after briefly dabbling in democracy, Germany fell under the spell of Adolf Hitler, who seized power by playing the victim and promising to return Germany to its previous greatness. Shortly thereafter, the Third Reich began reclaiming the territories it had lost and, ultimately, plunged the world into an even worse war. 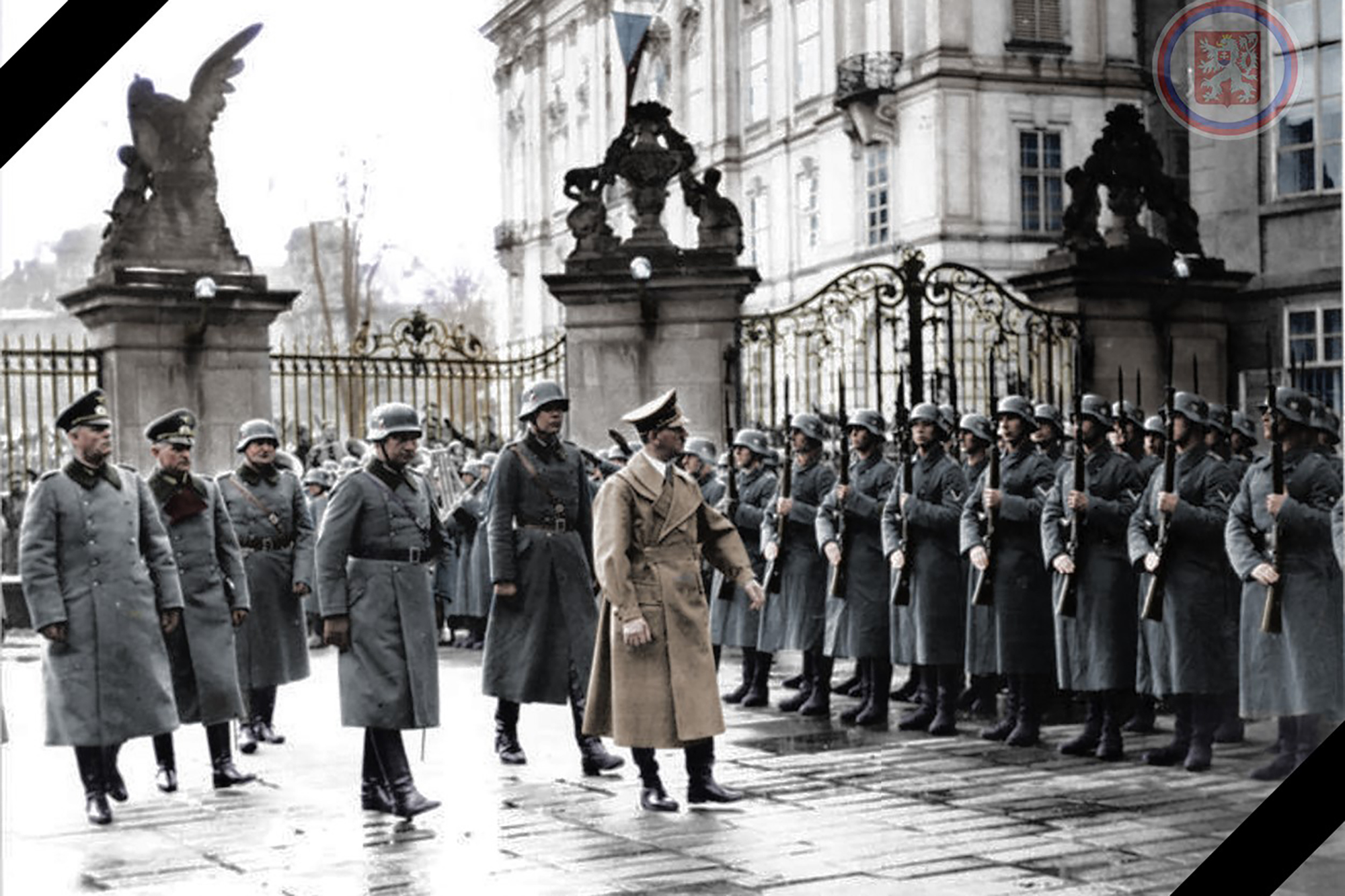 Hitler on his visit to Prague Castle after the establishment of the German protectorate on March 16, 1939. Photo credit: Mirmircze / Wikimedia (CC BY-SA 4.0)

If you compare Russia’s situation to the two German experiments, it’s pretty clear that it is a lot more like the one that failed and produced another world war: Financially crippled by the Cold War, Russia ceded territory, and its national pride took a severe beating.

In addition, NATO quickly expanded to its doorstep by accepting several former Warsaw Pact nations in what many viewed as a rush to action that alienated Moscow.

Out of the resulting chaos and a brief flirt with something resembling democracy, a strongman emerged who has played the victim, promised to make things better, and tried to claw back some of the territory that was lost.

Again, this is not meant to be a defense of what Putin’s Russia has done or is doing. But maybe it didn’t have to be this way. It is at least possible that, in part, he is playing the role that the US wanted him to play because the hawks in Washington needed a villain after the Cold War had come to an end.

And that brings us to the present day and Russia’s looming attack on Ukraine. It is quite clear that Europe and the US can’t really do anything to stop the invasion. Militarily, this would be too costly because, while it has fallen behind in other areas, Russia still possesses the armed forces of a superpower.

Sanctions also won’t work… at least not well enough. On the one hand, Europe is too dependent on Russian energy, and on the other, Putin has been “sanction-proofing” his economy for years.

The only thing that gives authoritarian rulers like him pause is an uprising from within — for example, if the Russian population were to turn on his regime for expending the blood of Russian soldiers on an unpopular military adventure. Keep in mind that the bar for getting (and sustaining) public support for a war is quite high.

Just look at recent examples from US history: It took the attack on Pearl Harbor to draw the US into an ongoing global conflict. In Vietnam, things gradually escalated until public sentiment turned sharply against the war and forced the US to withdraw. 9/11 was enough to trigger the attack on Afghanistan, but it took a campaign of lies to get the public on board with the invasion of Iraq.

At the same time, the West is making things much easier for Putin in this regard. It’s not just the bellicose rhetoric from leaders like Boris Johnson (which stands in stark contrast to that of Ukrainian officials), but also how Russia is always portrayed as the villain in American popular culture. For somebody who controls the media, as Putin does, it is very easy to spin all of this to make it look as though Russia is simply responding to Western aggression.

This strategy clearly works: In a recent poll, only 4 percent of Russians said their country is to blame for the escalating tensions in Ukraine.

However, in spite of that reality-defying figure, most Russians do not believe that there will be a war. To stop one from breaking out, the West’s strategy should be to win the hearts and minds of these Russians instead of vilifying them.