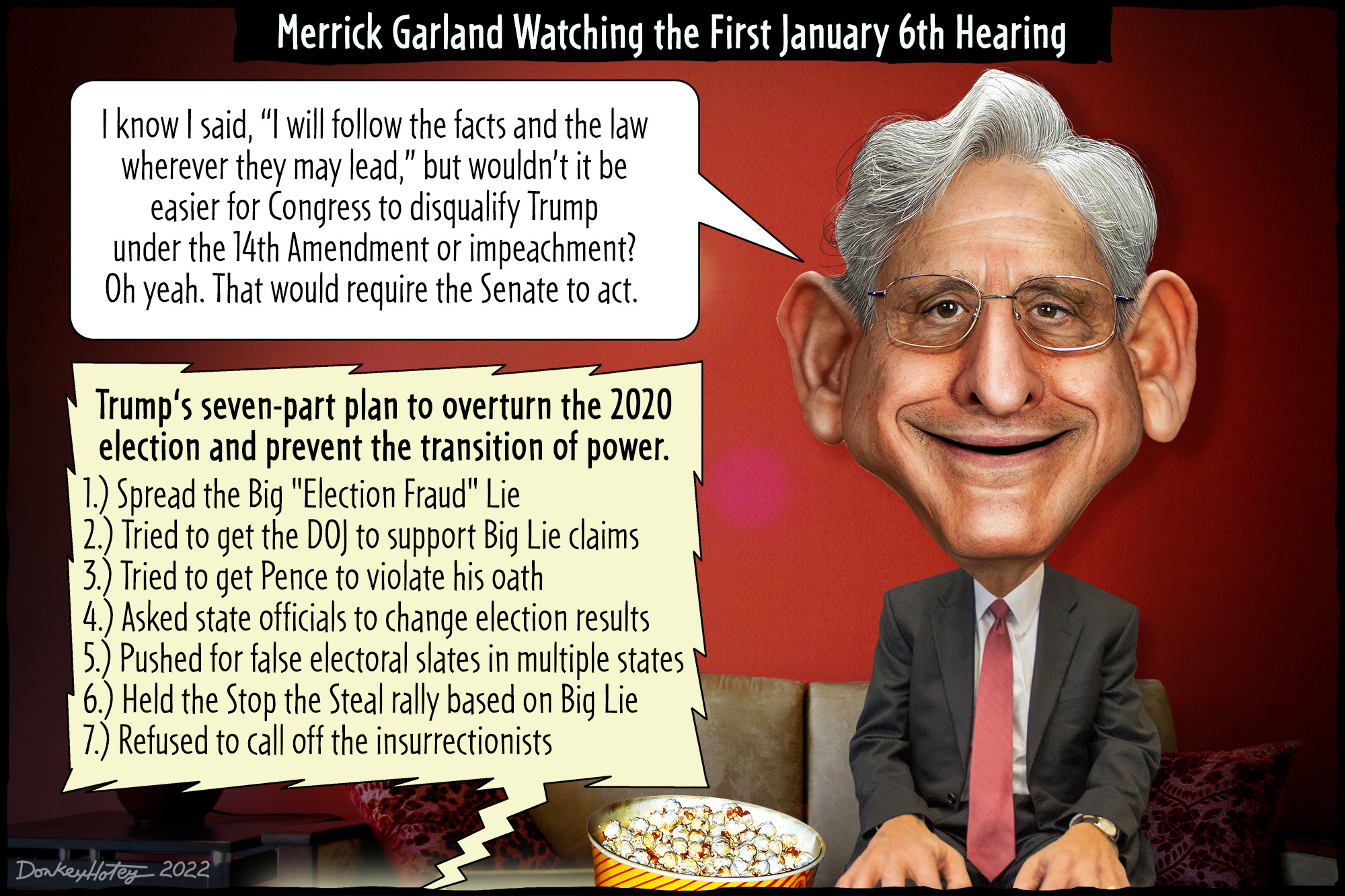 Can Cowardice Win Elections? Timid Dems Are About to Find Out

It is not surprising that Liz Cheney (R-WY) has become the face of the congressional inquiry into how close the US came to a full-blown coup when traitorous terrorists stormed the Capitol on January 6, 2021. By their own admission, they sought to overturn the 2020 presidential election and kill the vice president of the United States.

That’s because Republicans, and their supporters, fight relentlessly. It doesn’t matter how dumb or non-existent their causes are: If Donald Trump or Fox News tells them to plunge headfirst into another culture war or protect their families from an imaginary threat, they don their MAGA gear and go to battle. And they don’t stop until they get their way or everything has been burned to the ground.

Whether it’s school board meetings (to protect children from history, gays, and books), NRA rallies (to protect guns from dead kids) or the US Capitol (to stop an imaginary steal), when the GOP’s head honchos, like Trump, Florida Gov. Ron DeSantis, or Sean Hannity, issue their orders, these red-hatted foot soldiers will march.

At the same time, they firmly believe that their leaders will lie, steal, cheat, and obstruct to support their cause du jour.

And they do. But don’t take our word for it. Ever since Trump impressively demonstrated that truth and reality do not matter to Republican voters, GOP officials have been saying the quiet part out loud.

Take former Attorney General William Barr. Just last week, he went on national television to declare that his appointment of special counsel John Durham was not about exposing actual wrongdoing but rather creating a narrative that obfuscated reality.

Mind you, the attorney general is supposed to be nonpartisan.

Which brings us to the Democrats. As opposed to their counterparts, they are neither fearsome nor reckless. Instead, they are feckless.

Like Barr’s successor Merrick Garland. First of all, appointing him to the position was stupid, i.e., a classic Democratic maneuver. Why would you put somebody into a nonpartisan position who had a Supreme Court seat stolen from under him by the Senate GOP?

At that point, any investigation into Republican wrongdoing that the Department of Justice (DOJ) launches — for example, charging a former president who wanted to stage a coup — can easily be spun into an act of political revenge. After all, that’s what Barr admitted to on live TV.

And Garland? Well, he is doing the opposite.

Instead of charging GOP criminals, he is letting them off the hook. For example, a couple of days after Barr’s interview, DOJ announced it would not charge former White House Chief of Staff Mark Meadows and social media director Dan Scavino for contempt of Congress after the two refused to cooperate with the January 6 committee.

It’s very obvious that Garland is more worried about upsetting the people who want to overthrow the government than about justice. In other words, his cowardice and general fear of looking biased make him partisan in favor of Trump and other GOP criminals (by the way, this is also a problem the mainstream media still hasn’t figured out).

Would charging a former president cause an uproar among his reality-challenged base? Sure, but should that matter if they in fact broke the law? Absolutely not.

This timidity seems to be a common trait among Democratic leaders. I cannot think of a presidential nominee or member of the House or Senate leadership team who was a fighter — someone who gave the base the feeling that they would go all out for them. Barack Obama might have inspired voters (the first time around), but he didn’t use every tool available to get things done for them.

Pretty much the only Democrat with any real power in Washington who has fought for his beliefs in the face of great adversity is Sen. Joe Manchin (WV)… unfortunately for Democratic voters, he believes in torpedoing the party’s entire agenda.

The Democrats’ fecklessness also extends to the current talks over gun reforms, which mirror the negotiations on any other issues when lawmakers are working on a “bipartisan” compromise.

Here is what happens: Both sides get to the negotiation table with a set of priorities that they hope to accomplish. In most cases, polling suggests that the majority of Americans is more supportive of the Democrats’ position, e.g., on gun control, voting rights, abortion, taxes, etc.

Knowing this, Senate Minority Leader Mitch McConnell (R-KY) professes a sincere desire to “work across the aisle” as long as the Democrats don’t insist on their most “radical proposals,” i.e., the things Americans have said they want.

Once the Democrats take all of these “radical proposals” off the table, only watered-down provisions remain. So, at the end of these negotiations, don’t be surprised if Democratic leaders proudly announce that they have reached a bipartisan deal that no longer allows teenage gunmen who are already in an active shooter situation to order more ammo online.

Then they will pat each other on the back for having done the people’s business while Republicans are high-fiving gun lobbyists and the next set of teenage males plot their shooting sprees.

In the meantime, here is how the GOP does things: They take an uncontroversial teacher mentorship program bill and slip in an amendment in a late-night session that essentially sanctions sexual abuse of school children in order to fight the scourge of… transgender students participating in high school athletics (on the first day of Pride month for good measure). Essentially, students who want to play girl’s and women’s sports in Ohio would need to undergo an internal and external examination of their reproductive anatomy.

That’s how the GOP plays ball, and that is why Democrats are going to lose this fall and possibly in 2024.

Sure, the GOP/Fox propaganda machine, voter suppression, gerrymandering, inflation, etc. all play a role that should not be diminished. But, ultimately, even though they are running against a party led by a sociopath and an unpopular agenda that would have made the Puritans proud, Democrats will not be able to hold on to Congress this fall because they lack two things Republicans have in spades: excitement and leaders who will stop at nothing to ram through their agenda.

If Democrats want to win, they need to fight. With polling on their side on many issues, they do not have to adopt the GOP’s win-at-all-costs-or-burn-it-to-the-ground mentality. However, they do have to make voters believe that, for once, they will deliver on that hope and change they always talk about.

And that is precisely why Cheney — and Rep. Adam Kinzinger (R-IL) to a lesser extent — are the perfect people to take the fight to Trump and their obstructionist and traitorous colleagues. With zero regard for her own political fortunes or any other consequences, she will do whatever it takes to keep Trump from bringing US democracy to the brink of collapse for a second time.

Democratic leaders should take note — either with a sense of urgency now or when they are in the minority in January.