How could Georgia make its current voting system worse? Officials seem to have found a way.

Even before the 2018 midterm election, the Peach State had achieved notoriety based on, among other things, its use of hackable paperless voting machines. Paperless voting machines are considered an especially attractive target for hackers and corrupt insiders because they provide no independent paper record of voter intent that can be used to determine whether electronic tallies are legitimate. Thus, Georgia is one of just a handful of states that still exclusively use such paperless machines.

The good news is that Georgia, which was the first state in the country to deploy paperless machines statewide, has finally decided to replace these machines. But Georgia’s newly elected secretary of state, Brad Raffensperger (R), hopes to replace them not with hand-marked paper ballots and scanners (as virtually all independent cybersecurity election experts recommend), but rather with touchscreen ballot-marking devices, a prime example of which is the ExpressVote system from Election Systems & Software, LLC (ES&S). The ExpressVote is the specific system that Governor-elect Brian Kemp (R) began promoting last year. ES&S is Georgia’s current vendor.

Like other touchscreen barcode balloting systems, the ExpressVote generates computer-marked paper printouts (Kemp and many others misleadingly call them “paper ballots”) with barcodes that are then counted on scanners. Although these paper printouts include human-readable text purporting to summarize the voter’s selections, the barcode, which humans can’t read, is the only part of the printout actually counted by the scanner. According to computer science professor Richard DeMillo of the Georgia Institute of Technology, the barcode constitutes a new potential target for malevolent actors, as it can be manipulated to instruct the scanner to flip or otherwise alter votes. 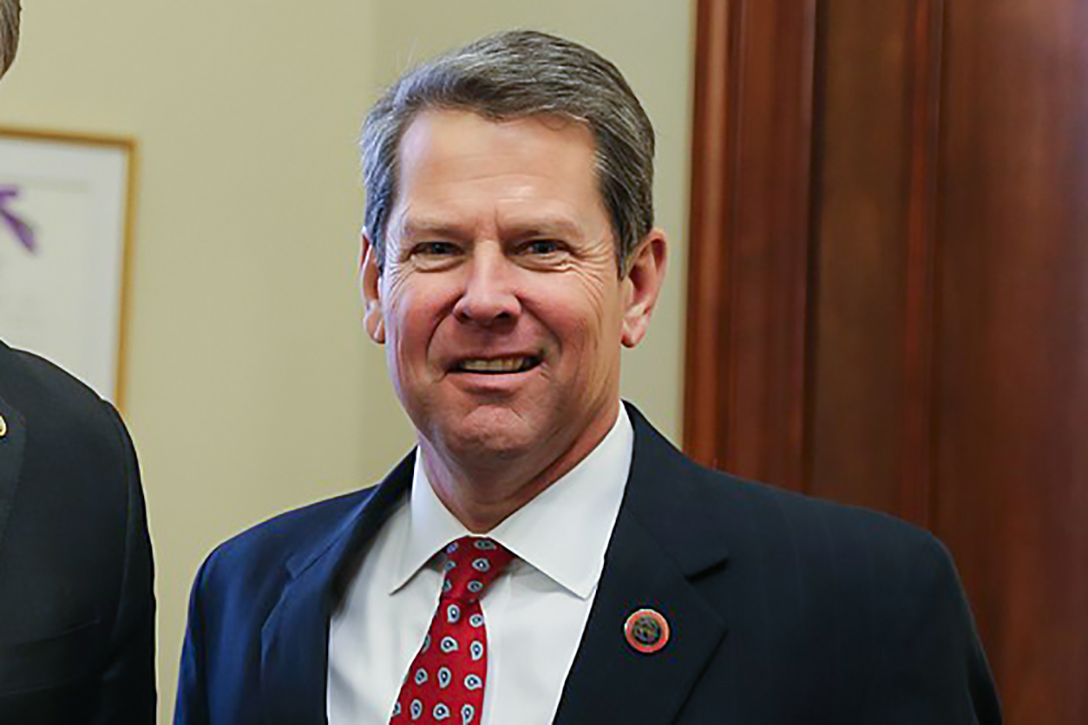 Proponents of these new generation touchscreen systems sometimes claim that the addition of a new target for hackers, the barcode, makes no difference as long as robust manual audits of the human-readable text on the barcoded paper printouts are conducted. But Georgia does not require manual audits at all, and there is no reason to assume the state will ever require them for all federal and state races, much less before the next major election in 2020.

This is why IT election expert Andrew Appel, who teaches at Princeton University, recommends hand-marked paper ballots. So does the director of Georgia Tech’s Institute for Information Security and Privacy, Wenke Lee, who recently stated that the “consensus approach among the cybersecurity research community” is that hand-marked paper ballots and scanners are preferable to computer-marked barcoded “paper ballots” and scanners.

During a recent interview on the BradCast, David Jefferson of Verified Voting, a national election integrity nonprofit, stated, “[V]oting in the precinct … should be on paper ballots and, frankly, I prefer hand-marked paper ballots … If you’re going to vote in person at the precinct, the best system is to hand-mark the paper ballot, which then gets scanned and counted electronically, but is subject to auditing after the election.” (See linked interview at 48:20.)

In addition to security concerns, all touchscreen systems tend to cause long lines because they limit the number of people who can vote at once to the number of touchscreens at the polling place. During the midterms, for example, voters in one Fulton County polling place had to wait hours because the county had mistakenly installed only three voting machines. By contrast, with hand-marked paper ballots and scanners, the number of people who can vote concurrently is limited only by the number of pens at the precinct. Thus, after Maryland tested the ExpressVote system for all voters a few years back, “all but one … county opposed widespread use” because (among other reasons) “[v]oters took far longer to vote using the [ExpressVote] than to mark a paper ballot by hand. This caused lines of people waiting to use the [ExpressVote].”

On a related point, if optical scanners fail, voters can still vote, and only the counting is delayed. But if touchscreens fail, voters may have nothing on which to cast their votes. During the midterms, for example, voters in Gwinnett County had to wait hours when an election worker forgot the voting machine power cords. A new touchscreen system such as the ExpressVote would allow this type of situation to occur again.

The ExpressVote system also would cost taxpayers more than three times as much as hand-marked paper ballots and scanners:  an estimated $100 million as opposed to $30 million. Thus, the National Election Defense Coalition, a “national, non-partisan, not for profit organization committed to promoting secure, accessible, transparent and trustworthy elections” has recommended that Georgia avoid a “vendor boondoggle” and adopt paper ballots, marked by hand.

Meanwhile, after a failed attempt last year to pass legislation that would have permitted the use of touchscreen barcode ballot markers within the state of Georgia, Kemp established a commission to come up with a formal recommendation for Georgia’s new voting system. This commission, the “SAFE Commission,” plans to make that recommendation in January. The sole IT expert on the Commission, Wenke Lee, mentioned above, has recommended hand-marked paper ballots and scanners.

During the committee’s last meeting, however, former Georgia Secretary of State Cathy Cox, whose image once graced the cover of a voting machine vendor’s marketing materials, spoke against hand-marked paper ballots. But it was on Cox’s watch as secretary of state that Georgia chose its current paperless touchscreen system in 2002. At the time, Georgia’s vendor was Diebold Election Systems, whose senior programmer had been convicted of 23 counts of embezzlement involving sophisticated computer tampering. (Diebold was later acquired by ES&S, which took over the Georgia contract.)

Cox’s former election director, Kathy Rogers, was part of the 21st Century Voting Commission that recommended those paperless Diebold voting machines in the first place. And over the years, Rogers and Cox have gained a national reputation for dismissing the security concerns of independent IT experts when it came to the touchscreen voting equipment they had rushed to buy:

Maryland’s Linda Lamone, [and] Georgia’s Kathy Rogers and Cathy Cox … were among the state election officials who consistently blasted computer scientists for our criticism of their beloved touch screens. These people behaved as if they were the vendors whose products were being attacked, when in fact they were customers who had been sold inadequate products. I could easily imagine what motivated them. The … voting machines unquestionably made elections much easier to administer. They conveyed an element of progress as well. Officials who brought in these machines could feel proud about keeping pace with the “state of the art.”

Rogers is now a senior vice president at ES&S. In her current position, she defends ES&S equipment failures and promotes the ExpressVote system in a number of states including Georgia, and in Maryland, where all but one county opposed widespread use of the ExpressVote after trying it out during a recent election.

Meanwhile, ES&S has donated more than $30,000 to the Republican State Leadership Committee since 2013. And David Dove (Kemp’s former chief of staff and current transition team member) is among those state election officials who attended an ES&S advisory board meeting on the Las Vegas strip last year. Again, this is the vendor whose ExpressVote system Kemp has promoted.

Georgia voters who wish to express an opinion to the SAFE Commission should email commission members before the voting machine vendor demonstration scheduled for tomorrow, January 3, 2019. The commission members’ email addresses are as follows:

2 responses to “Will Georgia Double Down on Non-Transparent, Vulnerable Election Machines?”