The US has spent billions and billions of dollars in Afghanistan, and has little to show for it.

Between 2001 and 2017, the US government largely failed in its massive, ambitious, and expensive effort to stabilize dangerous areas in Afghanistan. Under immense pressure to succeed in that mission, US government agencies spent far too much money, far too quickly, in a country woefully unprepared to absorb it.

Opportunities for corruption and resource misallocation flourished, making many of those projects far more harmful than helpful.

Related: The High Price of 16 Years of Failure in Afghanistan (Podcast)

That bleak assessment is the conclusion of a recent report from the Special Inspector General for Afghanistan Reconstruction (SIGAR), which showed just how complex the situation in Afghanistan has been, and how the US-led coalition failed to achieve its objectives.

One objective was “stabilization.” Stabilization means keeping insurgents out of an area after they have been expelled by security forces.

Experts believe that this is a key area in which the US has failed.

Anthony H. Cordesman, of the Center for Strategic and International Studies, wrote in the Army University Press that the US has “failed to recognize” the importance of civil problems in warfare. The key goal for US military forces is to defeat the enemy, and then leave civilian issues like providing health clinics, schools, and agricultural training to humanitarian agencies.

The current revised US stability operations manual ignores not only the lessons of past wars, like Vietnam and Iraq, but also the necessity of tailoring efforts to the nature of local governments with their own social and cultural realities.

Related: US Tax Dollars Up in Smoke Over Afghanistan (Podcast)

The US effort to reduce the amount of opium grown in Afghanistan is one example.

In a previous interview with WhoWhatWhy, Special Inspector John F. Sopko said the biggest waste was the $8 billion spent on counternarcotics, which “hasn’t really accomplished much of anything.” Another recent SIGAR report on US counternarcotics efforts confirms that, in spite of these massive US expenditures, Afghanistan remains the world’s largest opium producer. 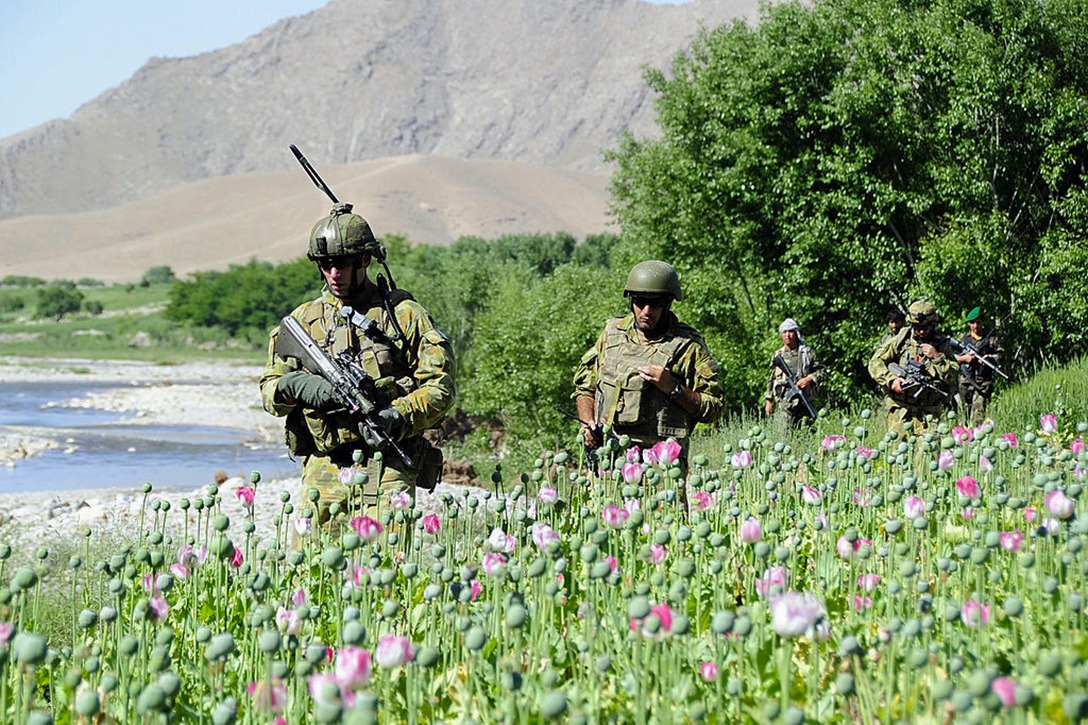 Other examples of waste: $30 million for a crop program nobody wanted, and $50 million on unusable cargo planes.

According to a senior US Agency for International Development (USAID) official, spending continued even as stabilization became a “dirty word” at the agency — associated with throwing money at a problem at the military’s behest. A ridiculous example of this ineffective spending came in the form of a multi-million-dollar gas station in 2015 — no one seemed to know why it was built.

When the promise of improved services raised expectations and failed to materialize, Afghans grew more disillusioned, perhaps a worse outcome than if the government had not reached into their lives at all.

On the ground, the Department of Defense, the State Department, and USAID implemented programs without sufficient knowledge of the capabilities of local institutions, sociopolitical dynamics, and government structures.

Related: Making Afghanistan Safe — One Villa at a Time

Corrupt government officials who had access to coalition resources were able to sell those resources to the highest bidder, or strengthen their own community’s territorial position. This fueled conflicts between communities, and those who were marginalized by the power struggles found natural allies in the Taliban.

Additionally, the Obama administration created unrealistic expectations of what could be achieved in Afghanistan. They relied on poor comparisons from Iraq at the time and settled on an overly ambitious strategy. The timeline for a new surge of aid and resources was shortened from a 10-year plan, down to only 18 months. This caused profound and widespread problems down the line for planning, staffing, and programming humanitarian efforts.

The US coalition focused on development in heavily contested regions, but as a result the coalition forces were not able to properly clear, secure, and stabilize those areas. Civilian agencies were then compelled to establish their stabilization programs in areas which were just not ready for them. This caused local Afghans to doubt the government’s ability to protect them if they openly turned against the insurgents.

The US has a political and/or military stake in many countries, but the most recently prominent is Syria. On the ground Syria is a mess, despite the recent success against ISIS. Millions of Syrians are displaced in neighboring countries, and hundreds of thousands more spread around the world. There are multiple warring factions backed by other external powers making it extremely difficult to know who will benefit from a victory.

Related: Who Wants to Be a Billionaire — Afghanistan Reconstruction Edition

The Trump administration has yet to announce any strategy of its own, but has issued a presidential memorandum (“Plan to Defeat the Islamic State of Iraq and Syria”). However, the US strategy called for in the text of the memorandum seems to be one of “we’ll fight ISIS until we leave, and please don’t bother asking us for details.”

The situation in Syria is even more complex than the one in Afghanistan. However, SIGAR confirmed that while avoiding major military intervention in Syria, the US has become the single largest donor of humanitarian aid, spending around $6 billion that might not be getting to those who need it. Additionally, President Donald Trump’s only other idea on the Syrian war is safe zones.

Having failed in its “stabilization” efforts in Afghanistan, the US should be careful to “avoid cookie-cutter approaches” that are not applicable in Syria, according to the Center for Strategic and International Studies. Until the Trump administration releases its plans to solve the many problems in Syria — civilian and military alike — it is important that the lessons learned from Afghanistan are taken seriously.

Related: Jailbreak: The US Paid $11 Million for an Afghan Prison With Cracked Walls

Related: How Did a US-Funded Health Facility End up in the Mediterranean Sea?

7 responses to “Afghanistan: 17 Years of Incompetence, Corruption, and Waste”