Over the past 15 months, hundreds of news stories have tracked the steps the Trump administration has taken to weaken federal agencies, defer to industry interests on a variety of issues, and undo or delay more than 1,500 rules in the rulemaking pipeline.

However, despite these massive attacks on longstanding federal policies that protect public health, workers, and the environment, there has not been a surge of federal workers who have blown the whistle on waste, fraud, and abuse of power at federal agencies.

There seem to be two reasons for this current state of affairs: 1) Hundreds of political jobs in federal agencies remain unfilled, and 2) at agencies where President Donald Trump’s policies are taking hold, staffers are often leaving instead of fighting.

But things could change in the coming months, particularly if Congress agrees with Trump’s proposals to drastically cut agency budgets, and as new political appointees take the reins of the one agency where all federal workers can appeal major personnel actions, including terminations — the Merit Systems Protection Board (MSPB).

To be sure, there have been a few high-profile instances where career civil servants have adamantly complained about new policies.

When the Department of Interior reassigned scientist Joel Clement from his senior position working on climate change mitigation efforts in Alaska to a position as a bean-counter in the agency’s accounting office, Clement did not go quietly. He let the media know what was happening, making headlines in July 2017.

Clement charged that his reassignment was punishment for speaking out about the damaging impacts of global warming.

At the Environmental Protection Agency (EPA), a political appointee who had been active in the Trump campaign got the ax when he raised questions about the way EPA Administrator Scott Pruitt was using taxpayer funds on travel and office furnishings. Kevin Chmielewski told Congress that Pruitt fired him for challenging those expenditures. 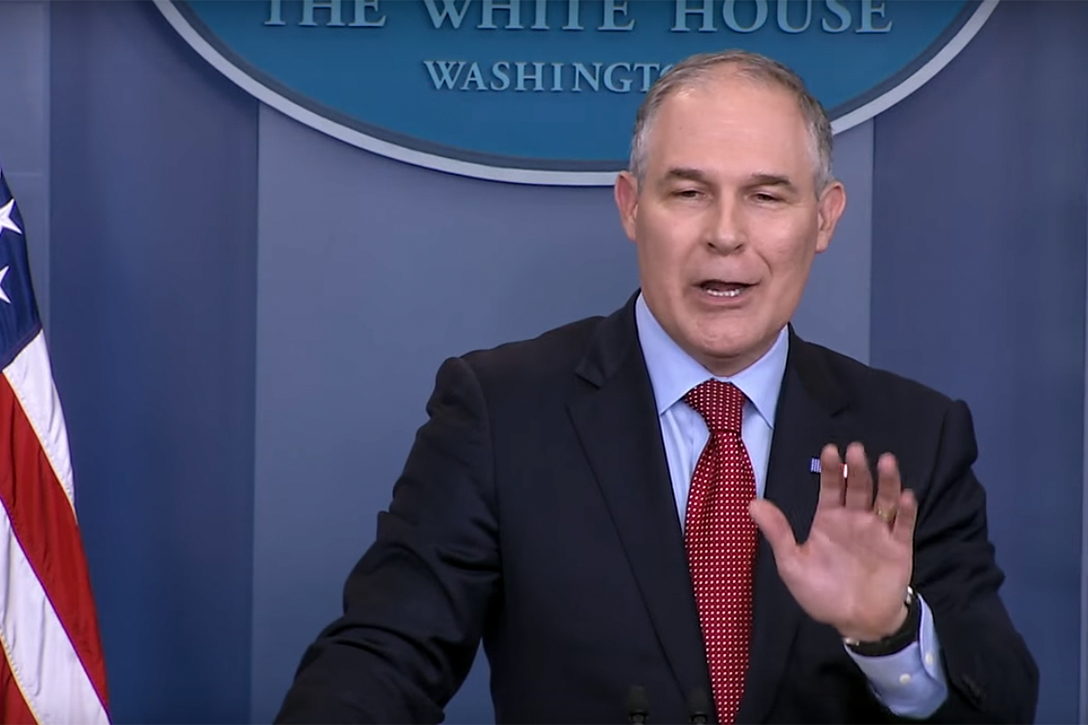 But these federal workers have largely been the exception, not the rule. “It is almost like the clouds have been on the horizon for almost a year and a half now, but there’s not a wind to push them forward,” whistleblower rights advocate Tom Devine told WhoWhatWhy.

Most agencies lack their political appointees, either because they haven’t been named by the Trump White House, or they haven’t yet been confirmed by the Senate, he observed.

“The president doesn’t have his team in place yet with the mandate for purging of Democrats or Obama sympathizers or whatever,” said Devine, legal director for the Government Accountability Project (GAP). As a consequence, he said, many agency programs and offices are being led by acting directors.

“The first principle for an acting official is to avoid conflict, not be connected with any controversies that a political boss will inherit. So the agencies have been surprisingly cautious in terms of any new wave of retaliation to purge their staffs,” he said.

Paula Dinerstein, senior counsel for PEER (Protecting Employees Who Protect Our Environment), agreed. “I have actually been surprised that we’ve had so few Trump whistleblowers,” she said. To date, she added, PEER has mostly been hearing from disillusioned agency staffers who have left or are about to leave.

Betsy Southerland was one such staffer. Southerland resigned from her position as director of the Office of Science and Technology in the EPA’s Office of Water in 2017. She had worked for the agency for 33 years, including under President George W. Bush.

The Bush EPA was reluctant to promulgate new rules, she said, but agency scientists “took on longer term study projects,” free to do the “foundational science work” that ultimately results in good policies. She recalls, too, that the Bush appointees had a “lot of interaction with career staff,” and were open to “better ideas.”

That hasn’t been the case under Pruitt, she said. Southerland characterized Pruitt’s ascension to the post as tantamount to a “hostile takeover,” faulting him for his “contempt” for career employees.

Rather than fighting from the inside, EPA staffers are leaving the agency. Since Pruitt took over in February 2017, Southerland said, more than 700 EPA employees have resigned. They include those who retired and others who took advantage of Pruitt’s offer of buyouts. Close to 30 percent of those departing were scientists.

“A top scientist, economist, or engineer doesn’t want to sit in a closet, not doing anything” for the duration of the Trump administration, she said.

But there’s another reason EPA staffers haven’t been blowing the whistle, Southerland said. They don’t know what’s going on.

“They’re completely isolated. They don’t have the ability to leak, even if they wanted to,” she said. “Pruitt is freezing out the career staff.” 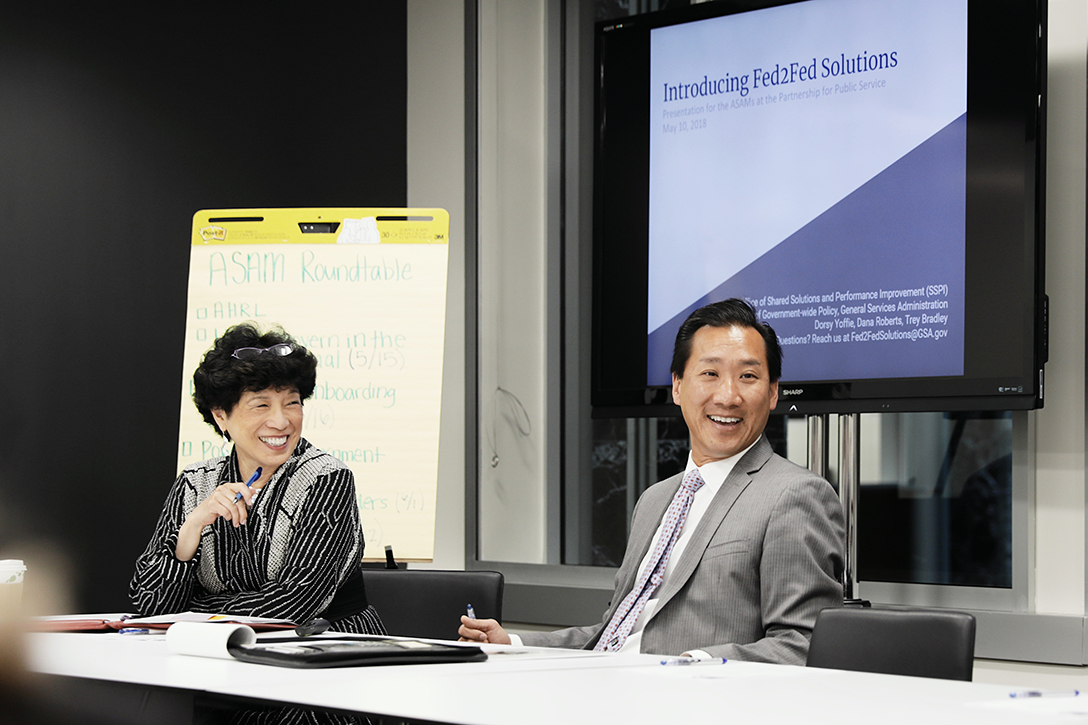 Nevertheless, the fact that more whistleblowers haven’t come forward will not necessarily insulate federal workers from future purges. And recent actions by the Trump White House are not giving whistleblower advocates any comfort.

Last month, Trump issued an executive order (EO) that speeds up the process agency managers use to fire workers, sharply reducing the time it takes to effect a termination. In a statement, Jeff Pon, the head of the Office of Personnel Management (OPM), said that the EO is “about protecting taxpayers’ dollars, including those of our dedicated federal employees, and putting those resources to use in the most efficient and effective way possible.”

But Dinerstein disagreed. “Having only a week to respond to a proposed termination certainly is not enough,” she said. The speed-up in the rules about contesting firings, she said, makes the process “almost a kangaroo court kind of thing.”

The EO also bars agencies from removing false accusations against employees from their personnel file. Often, Dinerstein says, the employee the agency wants to sack “really does not want to continue to work” there, “because the environment has become so poisonous.” So the agency and the whistleblower reach a settlement: the worker gets a “clean record,” and moves on.

Not allowing “clean record” agreements is “a really big problem,” that will embroil workers and agencies in lengthy litigation, she predicted.

The EO also encourages managers to change the way they select workers for layoffs, advising that they prioritize performance over seniority.

Changing practices on furloughs could be particularly problematic in the coming months. Last February, the Trump White House released a 2019 budget that would cut most federal agencies by double digits. To date, Congress has largely resisted such drastic cuts, but that could change. If agency operations are slashed, that could mean big reductions in the number of federal workers.

Massive cuts to agency budgets could pave the way for layoffs. Agencies now routinely spare the most senior workers from layoffs; if this practice changes, furloughs could offer agency heads the opportunity to purge payrolls of anyone they perceive to be an Obama loyalist or not sufficiently in sync with the Trump agenda.

Federal agencies are free to reduce their workforces through layoffs, but they must follow complicated procedures to do so, Dinerstein said. When layoffs occur, federal employees can challenge how workers were selected, particularly if they believe they were laid off in retaliation for speaking out. 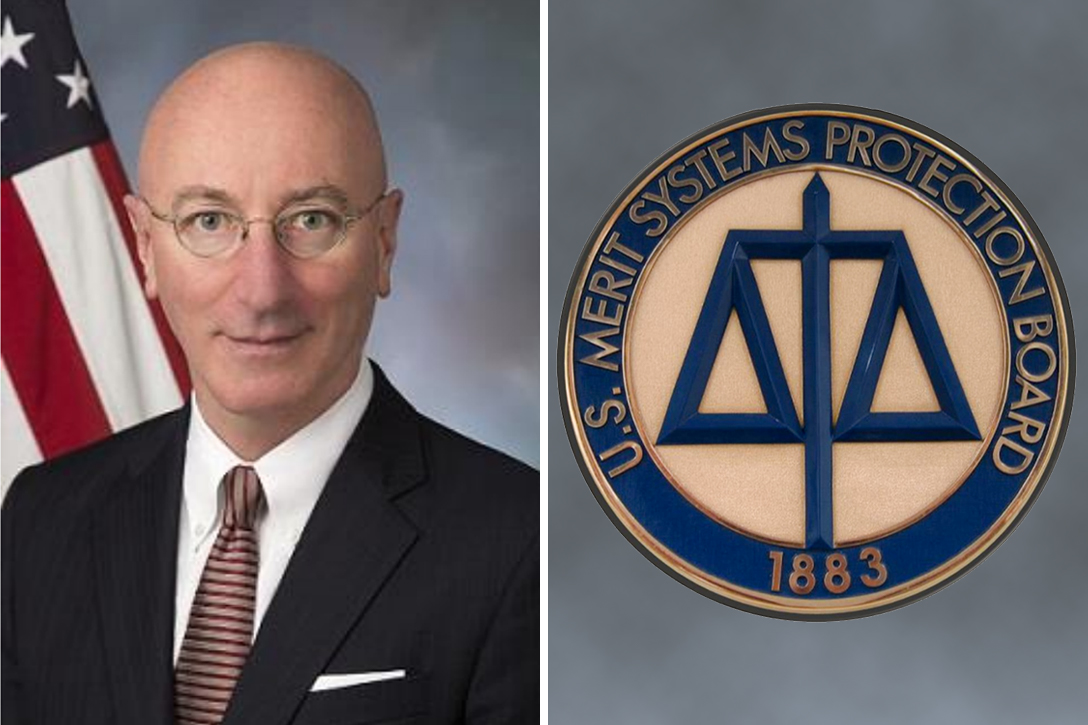 But here’s the rub: the agency tasked with hearing federal employee complaints — the aforementioned Merit Systems Protection Board — has essentially been in mothballs since the inauguration. The MSPB is supposed to have three commissioners who issue final decisions on whistleblower cases. But since January 2017, only one commissioner — Obama holdover, Mark Robbins — has been left to serve.

The Trump administration “shot down” both Democratic nominees for one seat on the board, including a candidate also endorsed by Sen. Chuck Grassley (R-IA), Devine said. The Trump White House nominated two Republican commissioners just four months ago; they have not yet been approved by the Senate.

While Robbins could remain on the board for an additional year, Devine said, “we’ve heard informally” that he’ll be replaced immediately, once Trump’s Republican nominees are confirmed.

Without a quorum, Robbins has done as much as he could, Devine said. “He’s been heroically holding down the fort for a year and a half … writing up analyses of cases he couldn’t rule on, and generally doing damage control.”

But commissioner vacancies “left the MSPB in limbo,” creating a backlog of about 1,000 pending whistleblower cases, many left over from the Obama years, Devine said. If Robbins is asked to leave, Devine said, the agency will lose badly needed “transition leadership.”

Dinerstein explains that whistleblowers can still have their cases heard by agency administrative judges. But if an administrative judge rules in the worker’s favor, and the agency appeals the decision, the case can be stalled at the MSPB for years.

The irony is that whistleblowers who lose their cases at the administrative judge level can go straight to US Court of Appeals. “So it’s like you almost want to lose your case,” she said, adding that “it doesn’t make any sense to go and file a case and lose it.”

She said that some environmental whistleblowers can fight retaliation under five laws that include the Clean Air Act and the Clean Water Act. Under these laws, whistleblower cases are heard by administrative law judges at the Department of Labor. But they don’t cover everyone, she added.

Last December, Dinerstein warned that if layoffs occurred, that could prompt “tens of thousands” of appeals to the MSPB. “By its inaction,” she said in a statement, “the Trump White House has not just removed the merit system cop from the beat, it has shuttered the entire police station.”

But delay at MSPB may not be the only obstacle future federal whistleblowers may face. Devine contended that Trump’s picks for the MSPB — Republican lawyers Andrew Maunz and Dennis Dean Kirk — are not whistleblower-friendly. They are “two hardline anti-employee-rights litigators,” he charged.

Maunz in particular has drawn some media scrutiny for his behavior as general counsel at the Social Security Administration (SSA). In 2015, Maunz was one of two SSA lawyers strongly criticized by a Colorado federal district court judge after a jury awarded $200,000 in attorneys’ fees and damages to an SSA employee who claimed that she had been fired for reporting that her SSA office discriminated against older women.

While finding fault with the attorneys on both sides, the judge said that the decision by SSA to have its own agency lawyers fight the case in court, rather than attorneys for the Department of Justice, likely contributed to the aggressive way the agency fought, and to its lawyers’ lack of “professional objectivity.”

Granted, the Trump administration has not achieved all its hoped-for restrictions on the federal workforce. When agencies imposed “gag orders” on their staffs, Devine said, the Trump appointees running the federal Office of Special Counsel objected, stating that the orders violated federal whistleblower laws that protect the free-speech rights of federal employees to expose government misconduct. The agencies walked back their directives.

Nevertheless, agencies still retain a great deal of power over civil service workers, Dinerstein observed. “It’s pretty clear with a gag order, litigation will happen,” she said. But “a vague warning,” from agency managers to not discuss certain issues or controversies gets the same message across — ‘Just don’t go there.’”