Last year, Democratic and Republican members of Congress congratulated each other for what they considered to be a miracle: passage of the Frank R. Lautenberg Chemical Safety for the 21st Century Act.

It fixed many of the legal traps in the 1976 Toxic Substances Control Act, which, over its 40-year history, had so blocked the EPA that it had banned or restricted only five chemicals — out of more than 80,000 chemicals currently on the market.

Senator Barbara Boxer (D-CA), who initially opposed the proposal as too weak, ultimately made her peace with the bill. Even Trump EPA Administrator Scott Pruitt, then Attorney General of Oklahoma who had sued the EPA 14 times, sent a letter to key senators praising the legislation.

The bill — a compromise with the chemical industry that resulted from years of negotiation — glided to victory in both House and Senate.

At the signing ceremony on June 22, President Barack Obama termed its passage a “really significant piece of business” that had been accomplished in an “overwhelmingly bipartisan fashion, as happened with those pillars of legislation to protect our air, and our water, and our wildlife.” Obama predicted: “If we can make this bill work, it means that somewhere out on the horizon we can make our politics less toxic as well.”

But in the ensuing months, the politics have grown more toxic. The Lautenberg law, safety advocates charge, is being actively undermined by the powerful chemical lobby. Robert Sussman told WhoWhatWhy that he suspects that the chemical industry, while paying “lip service” to the new law, which it publicly supported, is now trying to “slow walk implementation and avoid anything by the EPA that is truly threatening” to its bottom line. Sussman is an environmental lawyer and consultant who was a principal policy advisor to Obama’s first EPA Administrator Lisa Jackson. 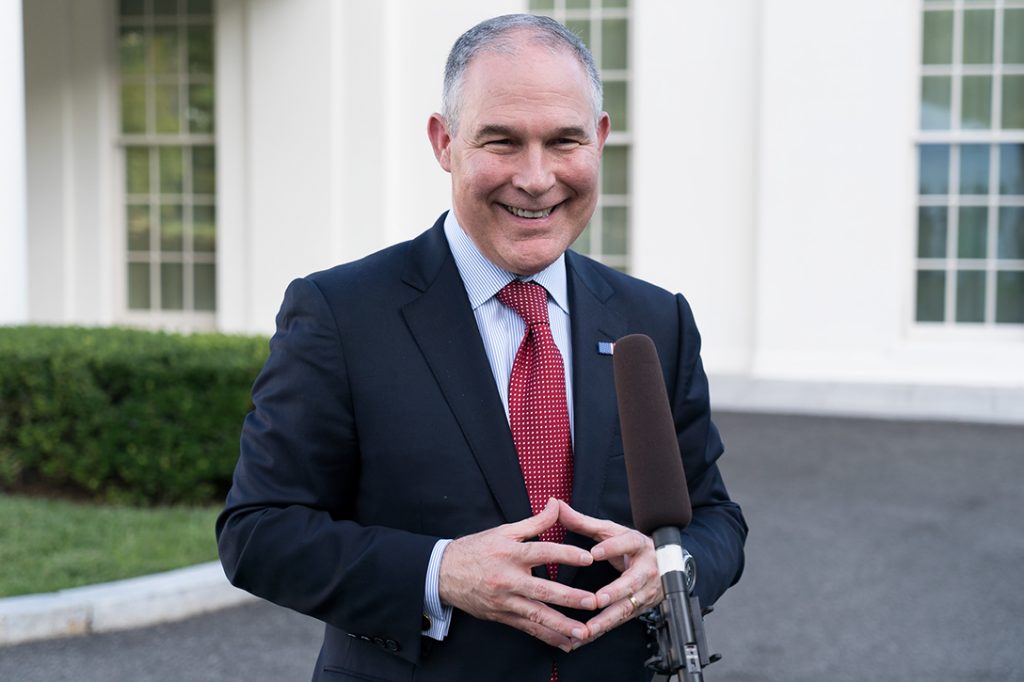 The EPA’s policy reversals are unprecedented, George Wyeth, a 27-year EPA veteran who retired in January, told WhoWhatWhy. “This is not anything like the transition from Clinton to [George W.] Bush,” Wyeth said. “The things that Pruitt has done go far beyond Bush’s change of course. None of this is normal.” Wyeth, who said he expected a “quiet academic life” after leaving the EPA now has joined about 100 former EPA officials “looking to do something to defend the EPA.”

Both Sussman and Wyeth spoke at a July 19 conference on toxic chemicals hosted by the BlueGreen Alliance Foundation. Panelists tracked the various ways the Trump EPA is endangering the public, including its efforts to weaken the Lautenberg law.

How did the law get hijacked? The Lautenberg law gave the EPA “new tools, new authority and new responsibilities,” Liz Hitchcock told WhoWhatWhy. Hitchcock is government affairs director for the Safer Chemicals Healthy Families coalition, representing more than 400 environmental and public health groups as well as businesses. The EPA would have to meet certain deadlines and address thousands of chemicals on the market in a systematic way. It must focus on “high-priority” chemicals — those that likely are the greatest risk to health. If the agency lacked enough information to gauge that risk, it now had the power to ask chemical companies to disclose more data.

But Congress left many crucial decisions about its implementation to the agency.

Pruitt, who brought an anti-regulatory and anti-science approach to his new job as EPA administrator, named industry insider Nancy Beck to help oversee chemical safety at the agency. Beck assumed this post immediately after a five-year stint with the powerful lobby trade group, the American Chemistry Council (ACC), testifying before Congress on the chemical industry’s priorities, and developing ACC comments that challenged proposed EPA regulations.

Currently the highest ranking political appointee in the chemical and pesticides program, Beck has left her fingerprints on the EPA’s recent policies, critics charge, adopting positions that appear to contradict what Congress intended just last year, and to veer from the EPA’s direction at the end of 2016.

Change the process and you can control the outcome, advocates say. They contend that Congress intended that the new law directed the EPA to assess all the ways chemicals could affect people, from the way a chemical is produced, to its use, and its disposal, including the toxic byproducts that get into the air, water and soil. Hitchcock called it a “cradle to grave” assessment of a chemical.

But Beck recently claimed that this expansive approach to chemicals was not practical. “If you try to do everything,” she told reporters, “you’re going to end up doing nothing well.”

In June, the EPA issued final rules that will give the agency the discretion to pick and choose what “conditions of use” it will consider when determining the risk a chemical poses. Hitchcock fears that this selective approach may mean that the EPA will fail to protect low-income African-American communities living near chemical plants, by not taking their toxic overload into consideration. The dangers of workplace exposures also might be minimized, she said. 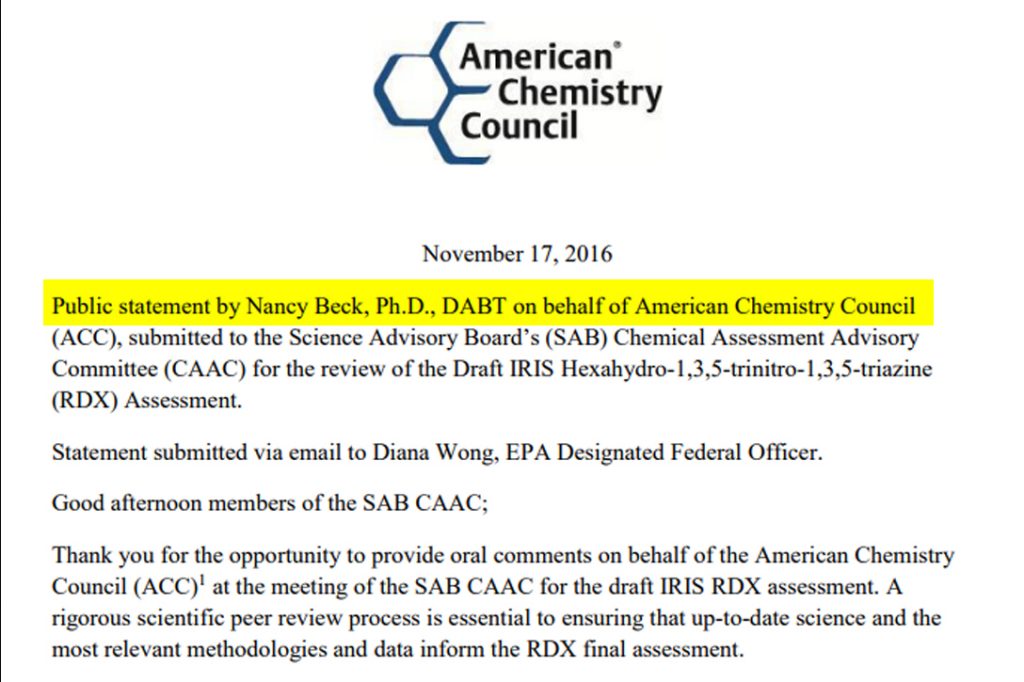 The EPA also seems unwilling to use its power under the new law to require companies to provide more information about chemicals so that it properly identifies those substances most likely to cause harm. The agency had initially proposed giving itself enough time to seek information from chemical manufacturers before beginning a formal assessment process that has tight deadlines, she explained. But the agency now has backtracked, no longer proposing a more workable system for gathering information. If pressed for time, “we are concerned that the EPA won’t be asking [chemical companies] for the information they need to efficiently prioritize and regulate chemicals,” Hitchcock said.

Delays Deadly to Tens of Thousands

Some threats to the public are more imminent, and result from the EPA actually using the new law to undermine regulatory work the agency had spent years preparing. The EPA now is signaling that it will delay crucial restrictions on three industrial chemicals used to remove paint and in dry cleaning — trichloroethylene, methylene chloride and n-methylpyrrolidone — until the EPA completes its risk assessments of all the ten chemicals the EPA designated late last year as high-priority.

House appropriators also have asked the EPA to delay the rules, Hitchcock said.

“You’d think these rules were a no-brainer,” Sussman said. Rules that could protect the public now, he charged, “will be sitting on the shelf for six or seven years. The impacts will be real,” he added. Workers using methylene chloride paint removers “are dying right now.” These toxic exposures, he said, affect “tens of thousands” of workers.

When she was at ACC, Beck submitted comments that challenged these proposed rules. The EPA’s revised approach “tracks the ACC comments almost to a tee,” Sussman charged.

And there is no sign that the politicization of the chemical safety work is slowing down. On July 17, President Donald Trump nominated Michael Dourson to be Beck’s boss and head the EPA’s chemical and pesticides office.

Dourson, a toxicologist, is best known for his work as the founder of the nonprofit Toxicology Excellence and Risk Assessment (TERA), critiqued by environmental groups for its pro-industry positions and consulting work for companies.

The EPA did not respond to a request for comment on this story. 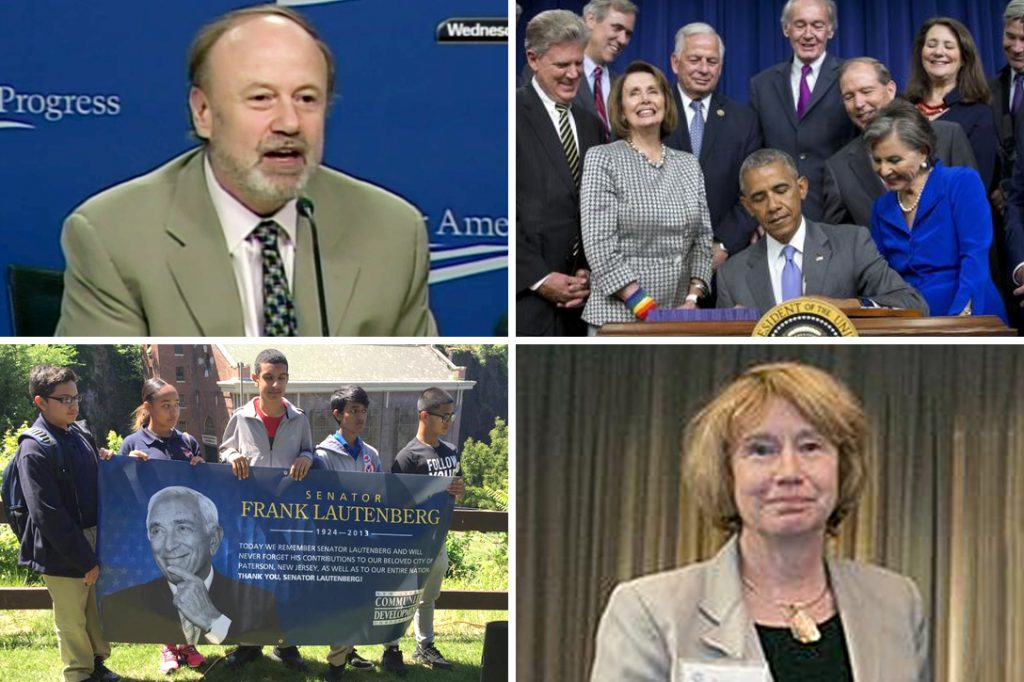 Funding for the program may be another way to hobble it. Congress is not cutting the toxic program’s funding directly. But House appropriators inserted an interesting directive in their spending bill for EPA. On page 58 of the 178-page bill report, House members raise concerns that the schedule for imposing fees on industry “may be too aggressive,” and suggested that fees be levied more gradually.

The law required industry to pay fees to support the EPA’s work in this area, up to $25 million a year. “Industry may be encouraging the EPA to slow down,” Sussman said. “A significant delay in getting fees from industry would definitely be a problem.”

These policy reversals are taking their toll on EPA staff. Staffers “are agonized,” Sussman claimed. “Some intended to make a career at EPA. Do they stay where they are and not be able to contribute or cut their losses and leave? The effect of a mass exodus is the loss of expertise and institutional knowledge,” he warned.

“The White House is already pursuing buy-outs” at the agency, said Kurt Vorndran, legislative representative for the National Treasury Employees Union, which represents 150,000 federal workers at 31 agencies. He expected that 1,000 EPA staffers will take them.

The Lautenberg law was passed after years of activist pressure, studies documenting the harm of toxic chemicals, and bad publicity for the chemical industry.

“On paper it was a pretty good law,” said Sussman, who advised the Safer Chemicals coalition on the legislation. But making the law work in the real world, he insisted, requires a “commitment to impartiality, staying the course and going where the science leads.”

“A year ago, I was pretty upbeat,” Sussman confided. “I thought that the stars were aligning because industry felt threatened and came to the table.”

His feelings are very different now. “In a few years,” he concluded, “we may look at the law as a failure.”