In February, we wrote about how Khalid Sheikh Mohammed, the alleged “mastermind” of the 9/11 attacks, has yet to stand trial — 17 years after the devastating attacks on the World Trade Center’s twin towers and the Pentagon.

The reason for the delay, Mohammed’s attorney David Nevin asserts, is the government’s desire to hide the details of the torture and rendition program his client and many others were subjected to in the early years of the “war on terror.”

After years of uncertainty on what to do with the alleged 9/11 conspirators, the Obama administration ultimately decided in 2011 to try Mohammed and four others in a military tribunal at the US Naval Station Guantánamo Bay. But the process has been fraught with apparent prosecutorial shenanigans that have only added to the delay. As we wrote in February:

And the many pretrial arguments over the government’s refusal to provide the defense with details of the detainees’ treatment have also caused delays. Mohammed’s defense team was even threatened with prosecution when they tried to investigate some aspects of the torture on their own.

What’s Truth Got to Do With it?

The CIA’s record of torture is front and center in the media again. This time because President Donald Trump’s new CIA Director, Gina Haspel, played a key role in the agency’s program of  “enhanced interrogation” (i.e., torture). Haspel was head of station in at least one of the CIA’s black sites in Thailand where torture took place, and also held multiple senior roles at the CIA Counterterrorism Center, which oversaw the torture program.

She was also involved in the destruction of the video recordings of the torture sessions and was less than forthcoming recently with members of Congress who asked about her role in that action.

Nevertheless, the Senate confirmed her. The fact that Haspel, who played a key role in the CIA torture program, made it through the confirmation process fairly easily, signals, at the very least, that the agency should have no problem continuing to shield itself from any outside scrutiny of its treatment of terror suspects in the years after 9/11.

Ominously, president Trump who has said he would “bring back a hell of a lot worse than waterboarding,” said Monday that “America is reasserting its strength” by putting Haspel in charge of the agency. 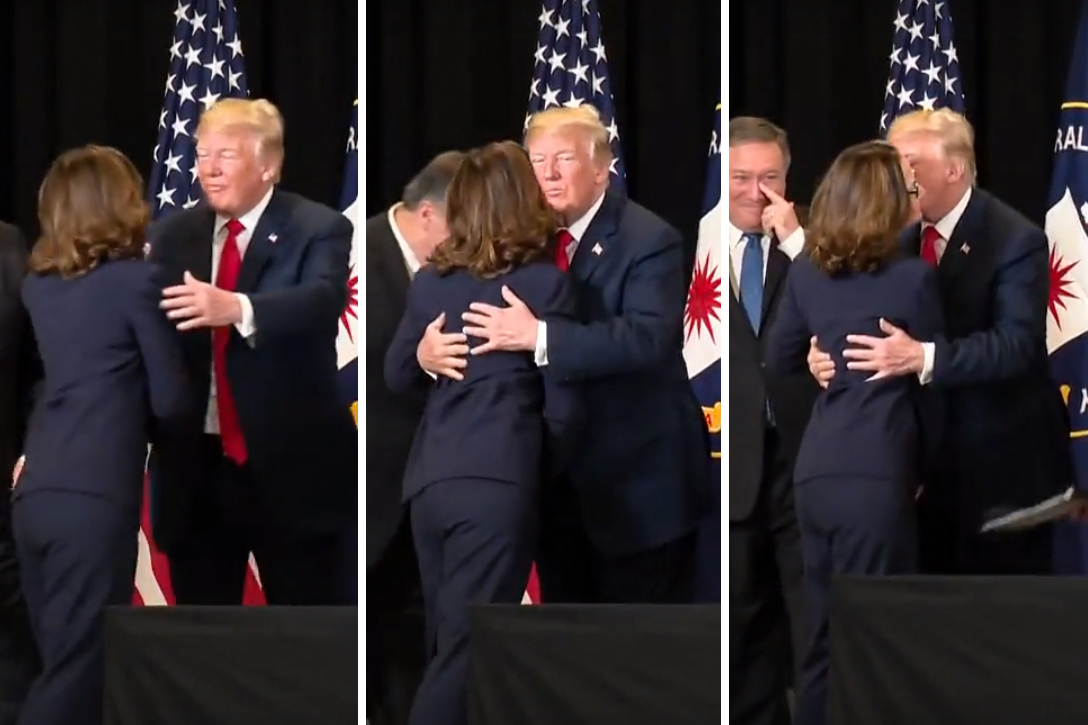 But besides the obvious motivation for covering up the particulars of the government’s torture program, there’s a far more ominous reality behind the sort of “evidence” obtained through that torture. Why? Because Mohammed (like others who were tortured), “simply told his interrogators what he thought they wanted to hear,” i.e., to get the torture to stop.

The above quote comes not from a human rights organization or even from one of the accused’s defense attorneys, but from the CIA itself: namely, a 2003 internal agency cable describing the interrogation of Mohammed.

The cable was included in 300 pages of documents recently obtained by Buzzfeed News. The documents were originally released to the nonprofit Property of the People, which seeks to obtain and publicize government documents through the Freedom of Information Act (FOIA). The material includes cables, PowerPoint presentations, talking points, legal analyses, and detailed narratives.

Much of the revived discussion about torture in the media has dealt with its efficacy: whether or not reliable intel can be gained through its use. But there is another possibility which is largely ignored — that accuracy was always beside the point.

The ‘Truth’ Shall Make You Dead

“Napoleon spoke against torture in 1798 because it was recognized that people will say anything to make the torture stop,” Mohammed’s attorney David Nevin told WhoWhatWhy in an email.

A similar statement in the CIA cable supports the accusation that the point of the torture program was, in fact, to get detainees to say “what [the interrogators] wanted to hear.”

And, ultimately, what members of the Bush/Cheney administration wanted to hear was that Saddam Hussein had connections to Al Qaeda operatives. (Dick Cheney is currently making the rounds trying to convince America to go back to the “enhanced interrogation” techniques, presumably so the same kind of intelligence can be obtained.) 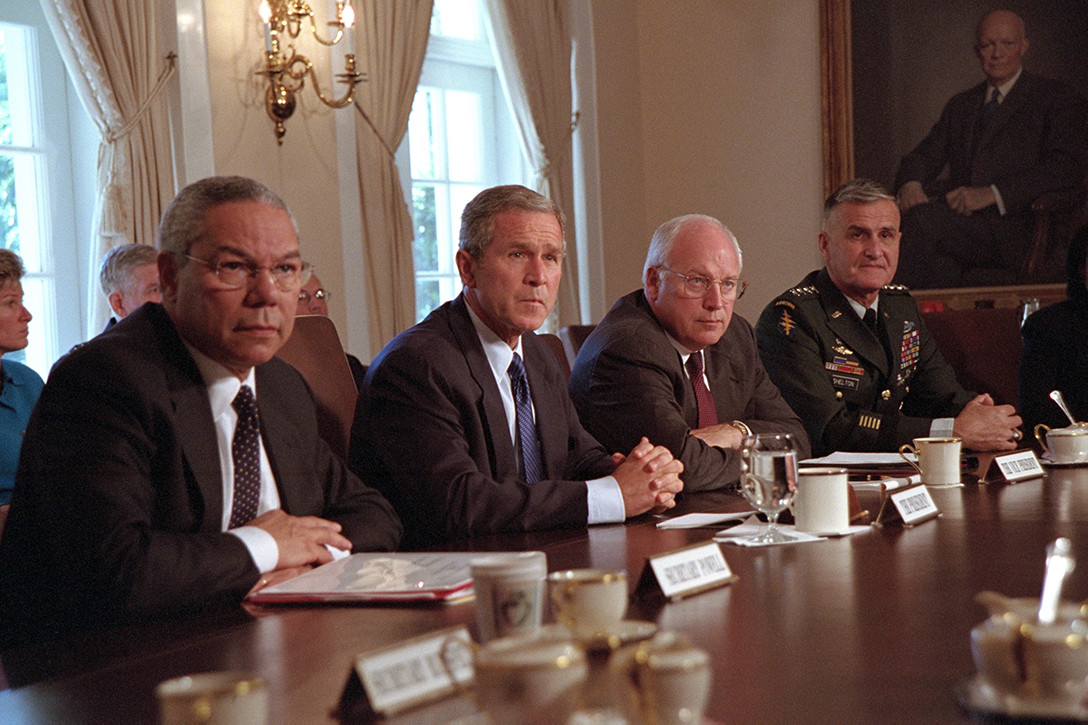 After a portion of the Senate Intelligence Committee report on torture was released in 2014 by Sen. Dianne Feinstein (D-CA) — against fierce opposition from the CIA — it became known that Ibn Shaykh al-Libi, captured in Afghanistan in 2001, testified to just such a link between Saddam Hussein and Al Qaeda.

He offered up this information while he was being tortured in Egypt after having been secreted there by the CIA.

CIA agents questioned the validity of his statements from the start, however. The documents obtained by Buzzfeed show that Mohammed’s interrogators were well aware of the shaky nature of the intelligence they were obtaining through torture.

Yet, the uncertainty in the CIA interrogation report had evaporated by the time the intelligence made its way to Secretary of State Colin Powell. Powell then included the Saddam–Al Qaeda connection in his now infamous “vial of anthrax” speech. That speech has been cited by many in the media and Congress as having convinced them to support the invasion of Iraq. In Powell’s defense, he was only relaying bad intelligence that had been manipulated by Dick Cheney’s White House Iraq Group, according to his then–Chief of Staff Col. Lawrence Wilkerson.

Even more damning, Wilkerson told Democracy Now he’s convinced that one of the primary motivating forces behind the torture program was to produce evidence to support the case for war against Iraq — even if that information was false.

Presumably, there was a lot of “evidence” gathered through these interrogations about the conspiracy to attack the United States on 9/11 — none of which has been subjected to any kind of adversarial legal scrutiny.

The legacy of a narrative obtained through torture and then strung together by the Bush administration has been 17 years of continuous warfare in the Middle East and an erosion of civil liberties in the US — and the loss of hundreds of thousands of innocent lives.

The few individuals blamed for the 9/11 attacks have yet to be “brought to justice” in a court of law, while disturbing questions about what role our “ally,” the Saudi government, might have played in the attacks have been ignored.

It’s only through luck that the bogus nature of the Saddam–Al Qaeda connection came to light. One wonders what other spurious evidence from the CIA’s torture program is steering America’s post-9/11 anti-terror policy.