In response to the Florida school massacre, the White House had President Donald Trump participate in an unusual, media-filmed “listening” session with mourning parents and students.

Trump listened — how could he not? He is being pressured to do something about gun violence in America. This most recent slaughter, and the remarkable public response to it, led by young people, is creating a potentially inexorable emotional wave.

So he proposed a solution.

Yup! Trump thinks the way we can stop the murderous wave that has overtaken America is by putting weapons into the hands of amateur sheriffs — who, he insists, will stop the marauders in their tracks.

On Twitter yesterday morning, Trump declared that “A ‘gun free’ school is a magnet for bad people.”

What we need, he says, is to have some adults at the schools — not security guards, but teachers, administrators, and others — carrying concealed weapons.

I never said “give teachers guns” like was stated on Fake News @CNN & @NBC. What I said was to look at the possibility of giving “concealed guns to gun adept teachers with military or special training experience – only the best. 20% of teachers, a lot, would now be able to

….immediately fire back if a savage sicko came to a school with bad intentions. Highly trained teachers would also serve as a deterrent to the cowards that do this. Far more assets at much less cost than guards. A “gun free” school is a magnet for bad people. ATTACKS WOULD END!

….History shows that a school shooting lasts, on average, 3 minutes. It takes police & first responders approximately 5 to 8 minutes to get to site of crime. Highly trained, gun adept, teachers/coaches would solve the problem instantly, before police arrive. GREAT DETERRENT!

….If a potential “sicko shooter” knows that a school has a large number of very weapons talented teachers (and others) who will be instantly shooting, the sicko will NEVER attack that school. Cowards won’t go there…problem solved. Must be offensive, defense alone won’t work!

This makes a lot of sense. In fact, everyone who feels threatened — who is around people who have grudges, or bad tempers, or seem a bit unhinged — ought to support this concept. 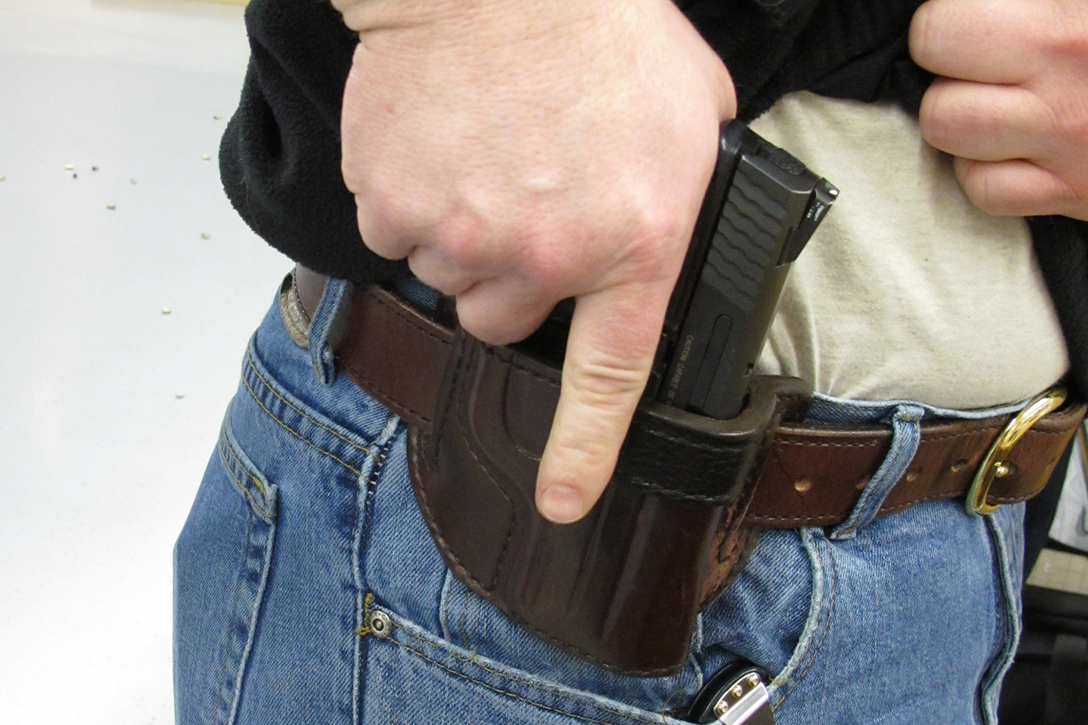 Based on Trump’s own criteria, one place, surely, that qualifies as needing ‘responsible adults’ packing hidden guns would be:

Finally, Trump thinks that anyone carrying concealed weapons should have special training and/or a military background. Which is a great idea — since everyone knows that people who were trained to kill in the military never bring those skills to bear on civilians (aside from a few PTSD sufferers who occasionally make the headlines).

It’s nice to see clear thinking and a solid way forward when lives are at stake.

17 responses to “Another Modest Proposal: Let’s Help Trump by Surrounding Him With Gunslingers”