Moments after world media announced the unexpected victory of Donald Trump over Hillary Clinton, a friend at the Bulgarian armed forces sent me a euphoric text message.

“Hooray for Trump,” it read. “This means I won’t have to die fighting my Russian brothers because some idiot yankee wants to show the world how masculine she is!”

Others agreed — at least with his main point.

“Trump’s election today reduced by several times the danger of a … nuclear war,” wrote Kuzman Iliev, an analyst for Bloomberg TV Bulgaria. “Trump, who is far more moderate and diplomatic in terms of his foreign policy [than Clinton], brings back a proper tone [to the discussion]…. Bulgaria’s goal must be that the great powers [the US and Russia] communicate calmly rather than be in a state of a quasi-world war with each other in the Near East.”

Even many Trump supporters in the US are likely to be surprised by this description of the president-elect as moderate and well-mannered — let alone somebody who would save the world from nuclear catastrophe.

As for his opponents: one of the main rallying cries of the progressive left, which has traditionally spearheaded the peace movement in North America, has been that Trump must not be given access to the nuclear codes.

It has not just been a main line of attack against him by both Clinton and President Obama who campaigned on her behalf. “Trump’s psycho finger will be on The Button, and that is that,” wrote Michael Moore in a prescient essay published in July, explaining his fear of a Trump victory.

But Bulgaria, a small NATO member state long at the forefront of simmering tensions between the US and Russia, is a microcosm of a global reaction sharply at odds with perceptions in the US. It’s more about how his foreign policy is viewed than about the hundreds of millions of fans he has around the world. In the US, foreign policy is rarely a decisive factor on the minds of voters; Pew says this year it ranked third as an issue. But for the rest of the world, understandably, US foreign policy outweighs all the other issues. And this helps explain the disconnect — why, in the face of Trump’s intolerant, xenophobic rhetoric, many citizens of foreign countries were rooting for him.

Granted, they may not be a majority. In many countries, especially in Western Europe, negative perceptions of Trump dominate. But the scenes of celebration in Russia (partly at the prospect of a reset in relations with Trump’s America) were also repeated in many other places: from swathes of Eastern Europe to diverse parts of Asia, including India, Cambodia and the Philippines.

He also has supporters in places he has antagonized with his rhetoric, such as China and the Middle East.

“Interestingly enough, the first one to congratulate him was [Egyptian President Abdel Fattah] al-Sisi, and the second the Jordanian king,” said an Israeli analyst, who asked to remain anonymous. “In this region nobody really regrets Hillary lost.”

Even Slavoj Zizek, the Slovenian philosopher popular with leftists throughout the world, claimed prior to the election that he would vote Trump if he had a vote.

Roots of the Disconnect

Expect to hear many different views about why this is happening. Some of it may well be latent hatred for the US. “[Trump] seems to me unhinged,” a woman at a grocery store in small-town Bulgaria confided. “But I think many people here like him because they hope he will bring America down.”

Some, such as Hindu nationalists, may simply be hoping that Trump would turn against the neighbor they loathe, in this case Muslim Pakistan, a long-time US ally.

Some of it may be pure misogyny or authoritarian tendencies — which have been on the rise globally.

But for many, what seems to have been decisive was Clinton’s hawkish foreign policy legacy and rhetoric and the fear that as a president she might have sparked more of the wars that are currently ripping the Middle East apart and generating the worst global refugee crisis in close to a century.

More than that: remember those sensational reports that Russia was preparing for nuclear war and the hysteric warnings by flamboyant Putin allies and by Trump himself that Clinton would likely start World War III? 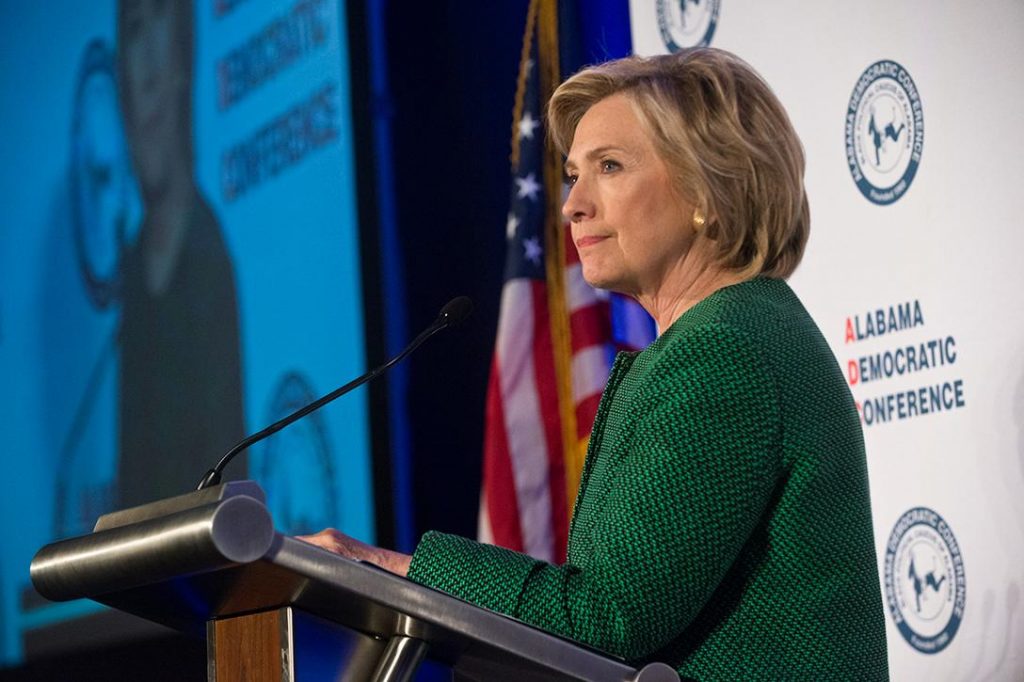 Most analysts agree that the idea that either Clinton or Putin would have deliberately started a nuclear war if she had been elected president is crazy. But the notion of a war starting without anybody actually wanting it is not so far-fetched, given the inflammatory charges the two have leveled at each other: Clinton said Putin had her campaign hacked in order to prop Trump up, while Putin claimed that Clinton tried to unseat him by stirring mass protests in Russia in 2011.

These days, tensions can be ratcheted up within cyberspace that can spill over into physical conflict. For example: following Vice President Joe Biden’s threats of a cyberwar, NBC reported that “US military hackers have penetrated Russia’s electric grid, telecommunications networks and the Kremlin’s command systems.”

The dangers inherent in this kind of Big Power confrontation were clearly laid out by Richard Clarke, a former top US cybersecurity official, who told Reuters: “It’s highly likely that any war that began as a cyberwar would ultimately end up being a conventional war, where the United States was engaged with bombers and missiles.”

Also weighing heavily in the international distrust of Clinton is her repeatedly expressed support for a no-fly zone in war-torn Syria, which many said could easily lead to a war with Russia. Not to mention her cosiness with the neo-cons. Or the disastrous war she spearheaded in Libya, as well as the video of her laughing on camera about her role in the brutal rape and lynching of that country’s deposed dictator Muammar Gaddafi. In many places around the world, Clinton has become a symbol of the American policies millions of people loathe — in some cases unfairly, such as when people in the Balkans dislike her because of her husband’s mixed legacy there.

A Clash of Worldviews?

In Russia and Eastern Europe a prominent concern has been that Clinton would have continued the interventionist policy which she implemented on behalf of Obama during her term as Secretary of State. Many have argued that the war in Ukraine resulted from a similar blindness on the part of Western leaders.

“While Putin and Trump are realists, Clinton is what Kissinger might have called an idealist, seeking to force her own values onto her analysis of the world,” Vesselin Avraamov, an analyst linked to a pro-Russian party in Bulgaria, said before the election. He predicted that, as president, Clinton would try “to restore the unipolar world order, where the US is a hegemon… and [this] is likely to get the US in a worsening conflict with both Russia and China.”

This viewpoint was echoed widely: that the unipolar world order (or “moment”), dominated by the US, is coming to an end, and that Clinton is a hawk (even Biden once characterized her as an uncomfortably aggressive interventionist).

George Voloshin, an expert on Eurasian affairs at Oxford Analytica, is among those who take issue with this argument.

“It is true that Clinton pioneered the notion of smart power when she was secretary of state but her thinking and actions were largely informed by the Obama administration,” he said in an email. “In this regard, I think of the first-term Obama as a foreign policy idealist seeking strength for America through the ending of wars and the restoration of existing alliances.”

Voloshin also challenged the assertion that Trump is a foreign-policy realist:

“It is difficult to qualify him one way or another because his foreign policy toolkit is a mishmash of sometimes contradictory ideas,” he said.

“At one point, he wants to have a good relationship with Russia and seems ready to sacrifice Ukraine definitively; at the other, he says he could use nuclear weapons to win Crimea back. He is an isolationist in that he rejects globalization and wants to renegotiate many international trade treaties to which the US is a signatory, starting with NAFTA, yet it is far from certain that a President Trump would be averse to using trade as a foreign policy tool.”

The fact remains that many in Eastern Europe and elsewhere are optimistic about Trump’s presidency — and not just “because Trump is a businessman so he doesn’t want war,” as Cambodia’s prime minister put it, cited by Reuters.

“Trump’s victory could even lead to an economic and political alliance between Russia and the US that would match American technology with Russia’s vast resources and food production capacities and could somewhat contain China’s rise,” said Avraamov, adding: “I suspect China could be ruffled by that a little bit, but that’s fairly minor compared to the confrontations Clinton would have set off.”

19 responses to “Why Do Many Around the World See Trump as a Peacenik?”