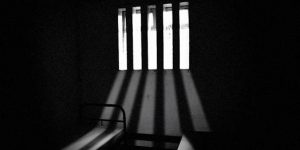 In her closing argument, Dzhokhar Tsarnaev’s defense attorney Judy Clarke told the jury they could “check off” some of the sections of the verdict slip.