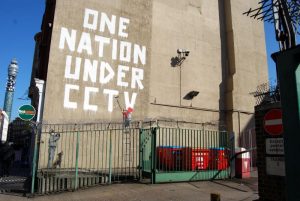 Is it a bird, is it a plane, or is it SuperBigBrother?

Baltimore residents noticed a light airplane circling the skies above their tottering city at the same time that it  was swept by protests and acts of civil unrest over Freddie Gray’s death in police custody. They then saw another, also flying in a distinct pattern. It gradually became clear that the planes were part of a secret spying operation—and that operation has now been revealed to involve the Federal Bureau of Investigation (FBI).

WhoWhatWhy readers will be familiar with our ongoing reporting on the increasing power and authority asserted by the Bureau, and its seeming ability to do what it wishes with little or no accountability to elected officials or to the public. The airborne surveillance, however, takes things in a new, ominous direction.

The flights, first reported in the Washington Post, drew the attention of Baltimore-area residents and the concern of privacy advocates.

The American Civil Liberties Union (ACLU) swiftly pressed the Bureau and other agencies to reveal information regarding the secret flights. In Freedom of Information Act (FOIA) requests sent to the FBI, the Drug Enforcement Administration, the Department of Justice, the US Marshals Service and the Federal Aviation Administration (FAA), the ACLU asked for detailed information on the light aircraft and their spying capabilities.

The FBI did belatedly acknowledge, in a statement to the Post, that it was involved, but denied that anything improper was going on.

“The aircraft were specifically used to assist in providing high-altitude observation of potential criminal activity to enable rapid response by police officers on the ground,” the statement said. “The FBI aircraft were not there to monitor lawfully protected first amendment activity, and any FBI aviation support to a local law enforcement agency must receive high level approvals.”

The most troubling aspect, as indicated by the ACLU’s questions, is the apparent scope of the surveillance—as well as the Bureau’s launching of the program in secrecy. The group specifically inquires about the spying capabilities of the planes, which could be so expansive that they could easily have monitored the activities of thousands of citizens who were not doing anything illegal or out of the ordinary.

“These are not your parents’ surveillance aircraft. Today planes can carry new surveillance technologies, like cell phone trackers and high resolution cameras that can follow the movements of many people at once,” said Jay Stanley, ACLU senior policy analyst. “These are not the kinds of things that law enforcement should be using in secret. The public needs to know about the government’s use of these powerful technologies to ensure that people’s rights are protected.”

Who can authorize these flights?

The ACLU has made Freedom of Information Act requests for legal justification of the FBI’s secret surveillance of Baltimore.

In its FOIA requests, the ACLU demands records regarding the surveillance flights over Baltimore, and information on “policies, practices, and procedures for conducting or contracting surveillance or monitoring flights” as well as which data is collected, analyzed and stored.

Included in these records should be legal justifications needed prior to the authorization of such flights, “the purposes for which collected data may or may not be accessed,” who can access that data and who can authorize that access. Without this justification, the FBI has committed a serious invasion of civil liberties.

Lastly, the FOIA seeks information on the plane that had been identified as conducting the surveillance, a Cessna model 182T registered to an entity called “NG Research” that has a PO Box in Bristow, VA.

Just what is this “research”? Test subjects would like to know.