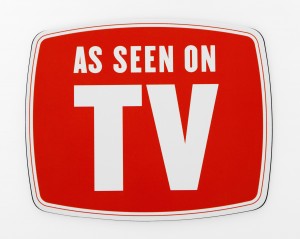 The story of the Boston Marathon Bombing is rife with contradictions, canards, misconceptions and blatant untruths. Boston Wrong is part of WhoWhatWhy’s attempt to set the record straight. This is the first in an occasional series of articles debunking the faulty stories and “facts” which persist, despite evidence to the contrary.

Verbal intimations by government officials and a TV re-enactment have given some potential Boston Marathon bombing jurors the mistaken belief they have seen a video of suspect Dzhokhar Tsarnaev setting down a bomb-laden backpack in front of a restaurant.

There’s just one problem: that footage has never been made available to the public.

During jury selection on Jan. 26, Juror 186 said she believes Tsarnaev is guilty because of the “surveillance video from Lord & Taylor,” a department store across the street from the Forum restaurant. Early media reports suggested that the store’s dome surveillance camera captured Tsarnaev dropping his backpack at the spot of the second explosion.

Seeing the Boylston St. surveillance video from Lord &Taylor helped 186 form opinion that #Tsarnaev is guilty, along with him in the boat.

What the public has seen, however, is a re-creation of the footage in a made-for-TV docudrama by National Geographic called “Inside the Hunt for the Boston Bombers.” While the movie provides a disclaimer that some of the video has been re-created for effect, the purposefully grainy footage of an actor playing Tsarnaev doesn’t specifically mention that it’s a recreation.

In fact, an Arizona production company filmed the re-enactment on a Phoenix street using extras and other actors. 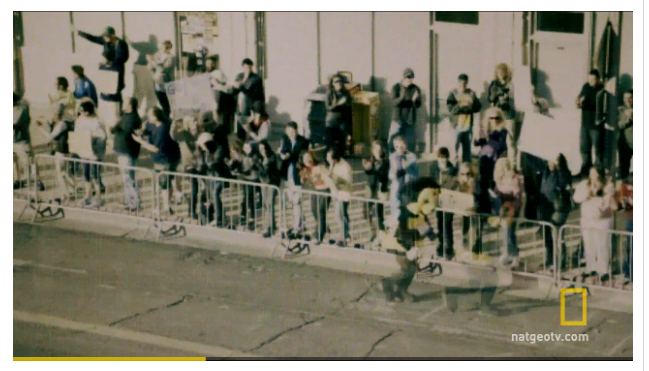 A frame grab from National Geographic’s docudrama on the Boston bombing.

A close viewing of the video shows that the people, background and other environmental elements do not match up with the scene on Boylston Street on April 15, 2013.

The importance of video evidence in identifying Tsarnaev and his elder brother, Tamerlan, has been crucial to the official narrative since the third day after the bombing. That is when the FBI released footage of the brothers taken from surveillance cameras at Whiskey’s, a bar at the corner of Gloucester and Boylston Streets. That video, however, only shows them walking along Boylston and does not show either setting down a backpack:

“The camera from Lord & Taylor is the best source of video so far,” confirmed Dot Joyce, a spokeswoman for Boston Mayor Thomas M. Menino on April 17, 2013. “All I know is that they are making progress.”

Even Massachusetts Gov. Deval Patrick touted the video evidence before admitting that he, himself, had not seen it.

Tsarnaev’s attorneys have filed three motions asking that the trial be moved outside of Boston because of pre-trial publicity, arguing that Tsarnaev can’t get a fair hearing in the city. More than 68 percent of the potential jurors already think he’s guilty.

That kind of lopsided number is no surprise when all the evidence some jurors need to convict is a made-for-TV docudrama.