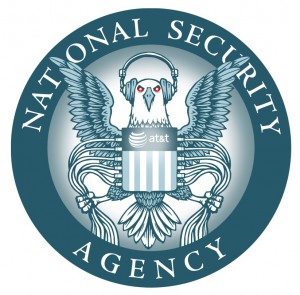 WhoWhatWhy has posted a link to the pdf of today’s court ruling on the NSA, here

Leon, who was appointed by President George W. Bush, said that the National Security Agency’s metadata collection violates privacy rights, made a preliminary ruling in favor of five plaintiffs who challenged the practice.

His 68-page ruling included withering words for the federal government, describing the wholesale scooping of data as Orwellian.

“I cannot imagine a more ‘indiscriminate’ and ‘arbitrary invasion’ than this systematic and high-tech collection and retention of personal data on virtually every citizen for purposes of querying and analyzing it without prior judicial approval,” he wrote. “Surely, such a program infringes on ‘that degree of privacy’ that the Founders enshrined in the Fourth Amendment.”

He said the government has not revealed a single instance where the data collection “has actually stopped an imminent attack, or otherwise aided the government in achieving any objective that was time-sensitive in nature.”

“I acted on my belief that the N.S.A.’s mass surveillance programs would not withstand a constitutional challenge, and that the American public deserved a chance to see these issues determined by open courts,” Snowden said. “Today, a secret program authorized by a secret court was, when exposed to the light of day, found to violate Americans’ rights. It is the first of many.”

Clearly, the NSA will stay on the front pages well into 2014. The link leads to Leon’s ruling. You can read it — and decide for yourself.

You can also get up to speed on other aspects of the attack on our privacy and constitutional rights, by rereading (or reading for the first time) some of the work WhoWhatWhy has been doing on these topics, such as this, this, this and this.