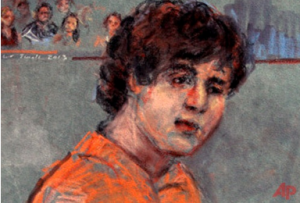 Such arguments are known as amicus briefs, or “friend of the court” briefs, and are filed by third parties who wish to offer legal arguments that may be relevant in a case.  Federal trial judges rarely accept such briefs, which are typically filed not at the trial but at the appellate level.  But the denial is unusual for the ACLU, which for 94 years has entered civil liberties arguments in countless court proceedings.

In a similar setback for the defense, Tsarnaev’s attorneys continue to parry with prosecutors whom they say have been beyond stingy in the pre-trial discovery process. In their latest motion, defense attorneys say “the government continues to withhold reports and testimony of the greatest utility and interest concerning those closest to Tsarnaev.”

The ACLU of Massachusetts (ACLUM) asked permission to file a friend of the court brief in U.S. District Court in Boston on November 5, but the request was rejected less than 24 hours later by Judge George O’Toole.

In his terse rejection order, O’Toole cited his own ruling two years ago when he was presiding over the terrorism trial of Tarek Mehanna, a pharmacy student from Sudbury, Massachusetts,who was convicted and sentenced to 17 ½ years in federal prison. O’Toole rejected an ACLU amicus brief in that case, as well. 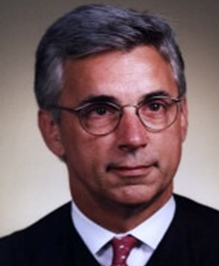 In the Marathon bombing case, O’Toole wrote, “While there may be no positive rule forbidding it, in my judgment a trial court presiding over a criminal prosecution should not receive or consider volunteered submissions by non-parties except as specifically authorized by statute.”

The ACLU has a well-respected record of filing influential amicus briefs in some of the country’s most momentous constitutional cases, including Brown v. Board of Education in 1954; Mapp v. Ohio in 1961; Gideon v. Wainwright in 1963; New York Times Co. v. Sullivan in 1964; Miranda v. Arizona in 1966, and Furman v. Georgia in 1972.

The ACLU’s attempt to weigh in at this early stage of the Tsarnaev proceedings is a sign that it sees constitutional questions in the veil of secrecy under which the government is proceeding.

“It is the utmost in judicial arrogance and pettiness for Judge O’Toole to reject even the filing of such a brief,” Harvey Silverglate, a Cambridge, Mass., attorney who specializes in civil liberties litigation, told WhoWhatWhy. 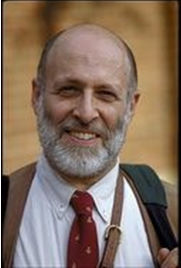 Silverglate said the judge should welcome input from solid advocacy organizations like the ACLU on complex cases. He said the organization traditionally seeks “to inject a note of fairness, impartiality, and support for constitutional values and procedures.”

“ACLUM has a very long history of seeking to make its voice heard in cases where there is considerable public sentiment against a defendant, and where, it may be assumed, there might be considerable prosecutorial and even judicial sentiment against the defendant,” Silverglate said. “Put more bluntly, Judge O’Toole is acting as if he were a tool of the U.S. Department of Justice, rather than a neutral judge. This is most unfortunate.”

Silvergate said O’Toole’s rejection of ACLU amicus briefs in both the Tsarnaev and Mehanna  terrorism cases “demonstrates perhaps that he does not have the requisite judicial temperament to handle highly controversial, difficult cases involving ‘national security’ issues.” 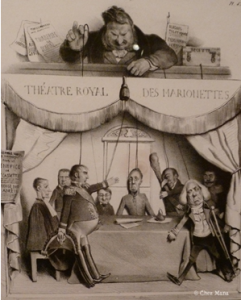 In the Tsarnaev case, the broader issue the ACLU sought to address is a series of onerous Special Administrative Measures – SAMs in legal jargon – that have been placed on Dzhokhar and his defense team. The SAMs impede Tsarnaev’s Sixth Amendment rights to a fair trial, according to Matthew Segal, legal director of the ACLU of Massachusetts.

For example, the Bureau of Prisons is allowed to screen and clear all materials and documents the defense team would like to share or discuss with Tsarnaev. Defense attorneys are prohibited from releasing any information about the case except “for the sole purpose of preparing the inmate’s defense – and not for any other reason.”

Other SAM restrictions place Tsarnaev in solitary confinement, prohibit any contact with the media or other inmates, and severely limit his communications with parents and siblings. His rare phone calls and visits are monitored and recorded.

In his letter to Judge O’Toole seeking approval to file the brief, Segal wrote:

In this case, ACLUM’s amicus memorandum focuses specifically and exclusively on the provisions of the SAMs that relate to defense counsel. The attorney-client provisions of SAMs are no trifling matter. They threaten Tsarnaev’s Sixth Amendment rights because they require substantial expenditures of attorney time; they limit the information that Tsarnaev’s attorneys can pass on from Tsarnaev to other people; and they give the Bureau of Prisons apparent authority to decide which documents defense attorneys can show Tsarnaev himself. The government understands the impact of these restrictions and overstates their justifications. ACLUM’s memorandum seeks to clarify the legal analysis governing these provisions. 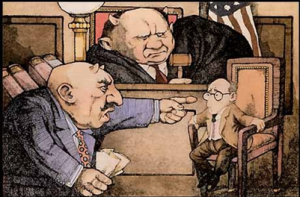 Why we need the Sixth Amendment.

U.S. Attorney General Eric Holder imposed the restrictions in August after they were requested by Massachusetts federal prosecutor Carmen Ortiz.

The government maintains that the SAMs prevent Tsarnaev from inciting others to commit acts of terrorism. 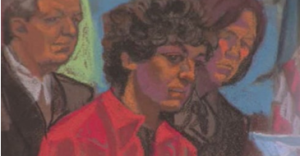 In ACLUM’s 15-page proposed brief that was rejected last week by Judge O’Toole, Segal wrote that language in the SAMs is unreasonably vague.

“This is particularly so,” Segal wrote, “because these SAMs do not explicitly allow discussions regarding mitigation, which are critical in a potential death penalty case.” In other words, discussions of mitigating circumstances, which may be relevant in deciding Dzhokhar Tsarnaev’s fate if he is found guilty.

He added that the defense document screening by the Bureau of Prisons “presents the attorneys with the Hobbesian choice of either potentially revealing their litigation strategy to the government or withholding certain documents from their client.”

As WhoWhatWhy previously reported, Tsarnaev’s lawyers have also complained of being stymied by SAMs in their efforts to obtain exculpatory evidence from the government. They filed a Motion to Compel Discovery in October; it was also rejected.

On November 7, the defense team filed another motion pleading for information from the prosecution. William Fick and colleagues from the Federal Public Defender Office wrote:

To the extent the defense can discern any animating principle in the government’s production decisions, it would appear that the government’s self-described “generous” (but still spotty and inconsistent) approach to discovery applies only to witnesses at the periphery of Mr. Tsarnaev’s life and the allegations against him, while the government continues to withhold reports and testimony of the greatest utility and interest concerning those closest to Mr. Tsarnaev, including his parents, siblings, sister-in-law, and other family members.

Specifically, Fick and his colleagues are seeking any information the prosecution might have about the 2011 triple homicide in Waltham, Massachusetts, in which Tamerlan Tsarnaev, Dzhokhar’s dead older brother, has been implicated. They also want to know whether the younger Tsarnaev asked for a lawyer while he was being interrogated in the hospital after he was apprehended and whether members of Tsarnaev family have been subjected to surveillance.

Prosecutors and defense attorneys parried over pre-trial discovery and SAMs at a hearing Tuesday in Boston before Judge O’Toole, according to a report in the Boston Globe. Defense attorney Timothy Watkins revealed that prosecutors have turned over about 100,000 pages of documents so far, though few related to the issues outlined above. Meanwhile, prosecutors said in court that they hoped the trial would begin a year from now. Judge O’Toole took their arguments under advisement and made no immediate ruling.