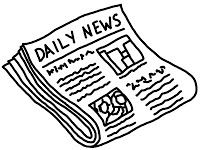 Interview with Glenn Greenwald  Some surprising items from the muckraking columnist on security and civil liberties issues, including inside details on his deailings with Edward Snowden

How the Dallas Morning News Helped Dallas Become the City of Hate  From Dallas’s alternative weekly, some brutal truth about the city’s long-dominant daily, which is still cranking out propaganda and fiction

New Politifact Service Will Factcheck Pundits  But the MSM and its constituent “research” entities are themselves so compromised and afraid of controversy, raising the question: How can they objectively “factcheck” others?

Patriot Act Author Now Moves to Limit Consequences of Act  Will there be any accountability for those who created the problem in the first place and are now rushing to get ahead of the parade in the opposite direction?

New Movie on Boston Marathon Bombing Rubbishy Boston Bombing movie to complement rubbishy JFK and other movies. Are accurate movies against the law?